For enrollment data from January 2021 on, I'm relying on adjusted estimates based on raw data from the Montana Dept. of Public Health & Human Services.

ACA expansion in Montana didn't launch until 2016. It gradually ramped up over the next year or two and peaked at around 260,000 in 2018 before gradually dropping off to around 240,000 in early 2020...right before the COVID pandemic hit.

(I have no idea what caused that unusually sharp drop-off in early 2015.)

Since then, Medicaid enrollment has climbed back up again, with the non-ACA numbers increasing 11.8% and expansion going up by 18.3% for an overall increase of 14.2% over pre-COVID levels. 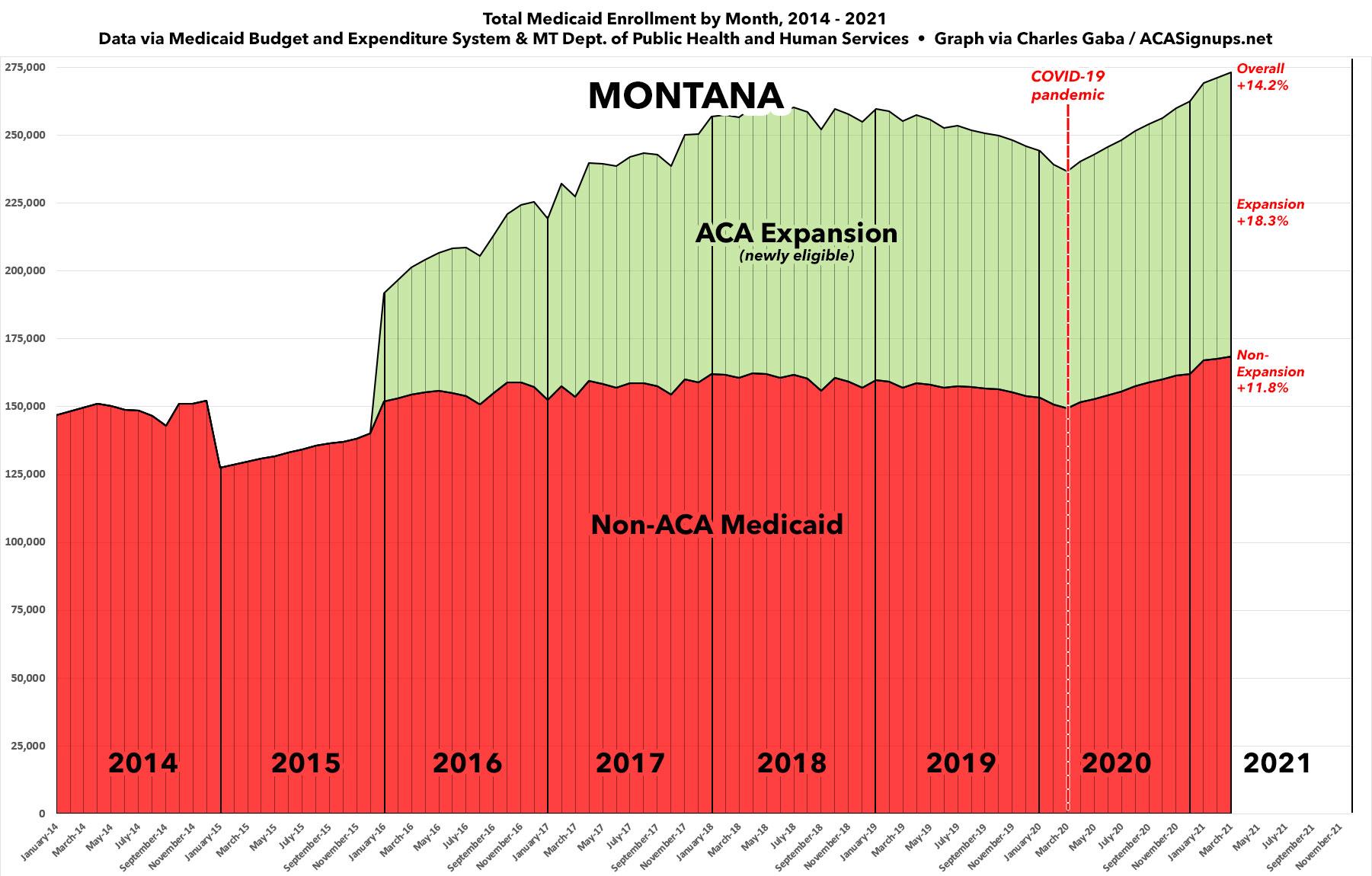