Today I'm presenting Massachusetts. For enrollment data from January 2021 on, I'm relying on adjusted estimates based on raw data from the Massachusetts Health Dept. (MassHealth).

The Medicaid expansion situation in the Bay State is a bit unusual for two reasons: First, MA is one of only two states (besides Vermont) in which every ACA expansion enrollee was already eligible for the program prior to the ACA via previously-enacted legislation or federal waivers. For these states, the only significant change is that 90% of the cost of covering this population is now paid for by the federal government instead of the state.

In addition, as the graph shows, unlike most states, according to the official MBES data, Massachusetts' traditional Medicaid population has jumped around quite a bit over the past 8 years, spiking at the end of 2014, then dropping sharply a few months later, then seeing a couple of odd one-time dips & spikes in late 2017/early 2018...and then finally seing an oddly sharp drop in January 2019 before jumping back up again a few months later. Huh.

Since the COVID pandemic hit last February, MA's non-ACA Medicaid enrollment has only increased slightly (4.1%), but their expansion population went up by a full 25%, for an overall increase of 8.2%. 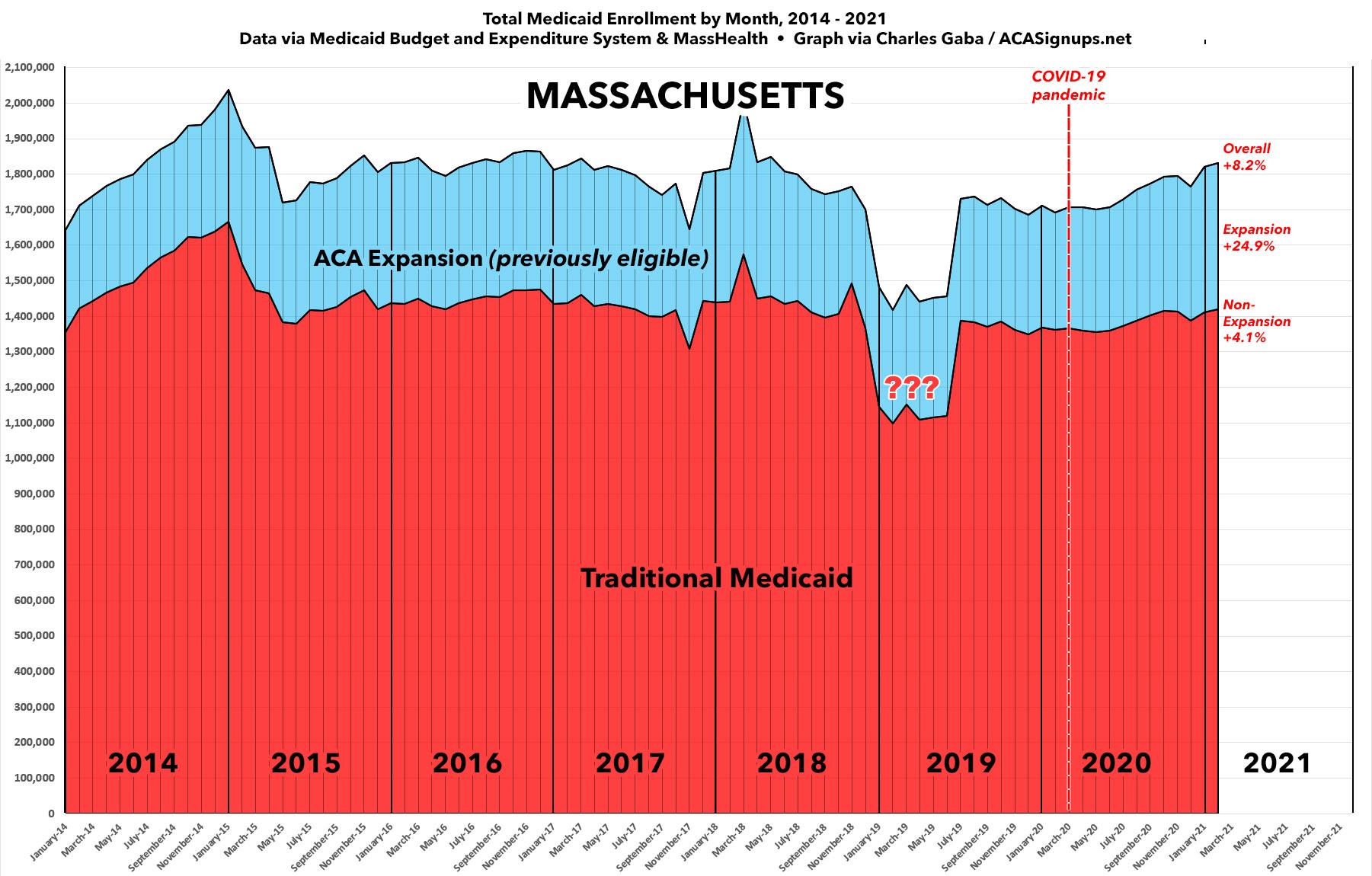