Today I'm presenting Maine. For enrollment data from January 2021 on, I'm relying on adjusted estimates based on raw data from the Maine Dept. of Health & Human Services.

ACA Medicaid expansion didn't go into effect until 2019 (it was supposed to be implemented earlier but that was blocked by the then-GOP Governor), but since then total enrollment (including expansion) has gradually climbed as the expansion program ramped up.

Since COVID hit last February, enrollment in non-ACA Medicaid has only increased a modest 11%, but ACA expansion enrollment has gone up by an eyebrow-raising 67.9%, for an overall increase of 20.9% statewide. 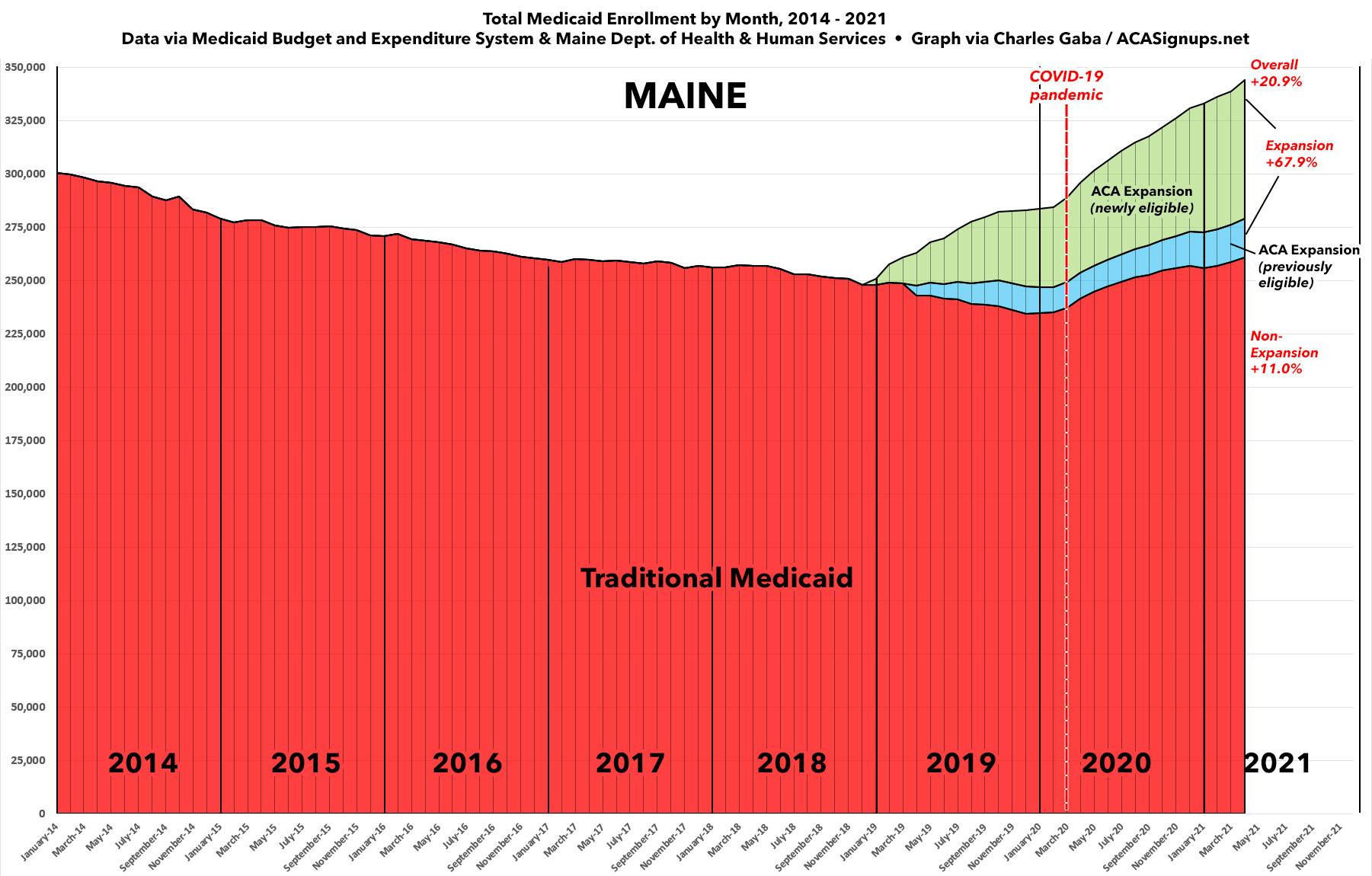