Delaware: Medicaid expansion enrollment up at least 15% since COVID hit; total Medicaid up 12%

Today I'm presenting Delaware. Delaware is one of the few states where the number of Medicaid expansion enrollees who had already been eligible for the program prior to ACA expansion is greater than the number who were only made eligible due to ACA expansion. For "previously-eligibles" I believe the main distinction is what portion fo the cost of the program is paid for by the state vs. the federal government, although enrollment among this population still increased dramatically thanks to the various streamlining provisions of the ACA, as well as the increased eligibility awareness & outreach. 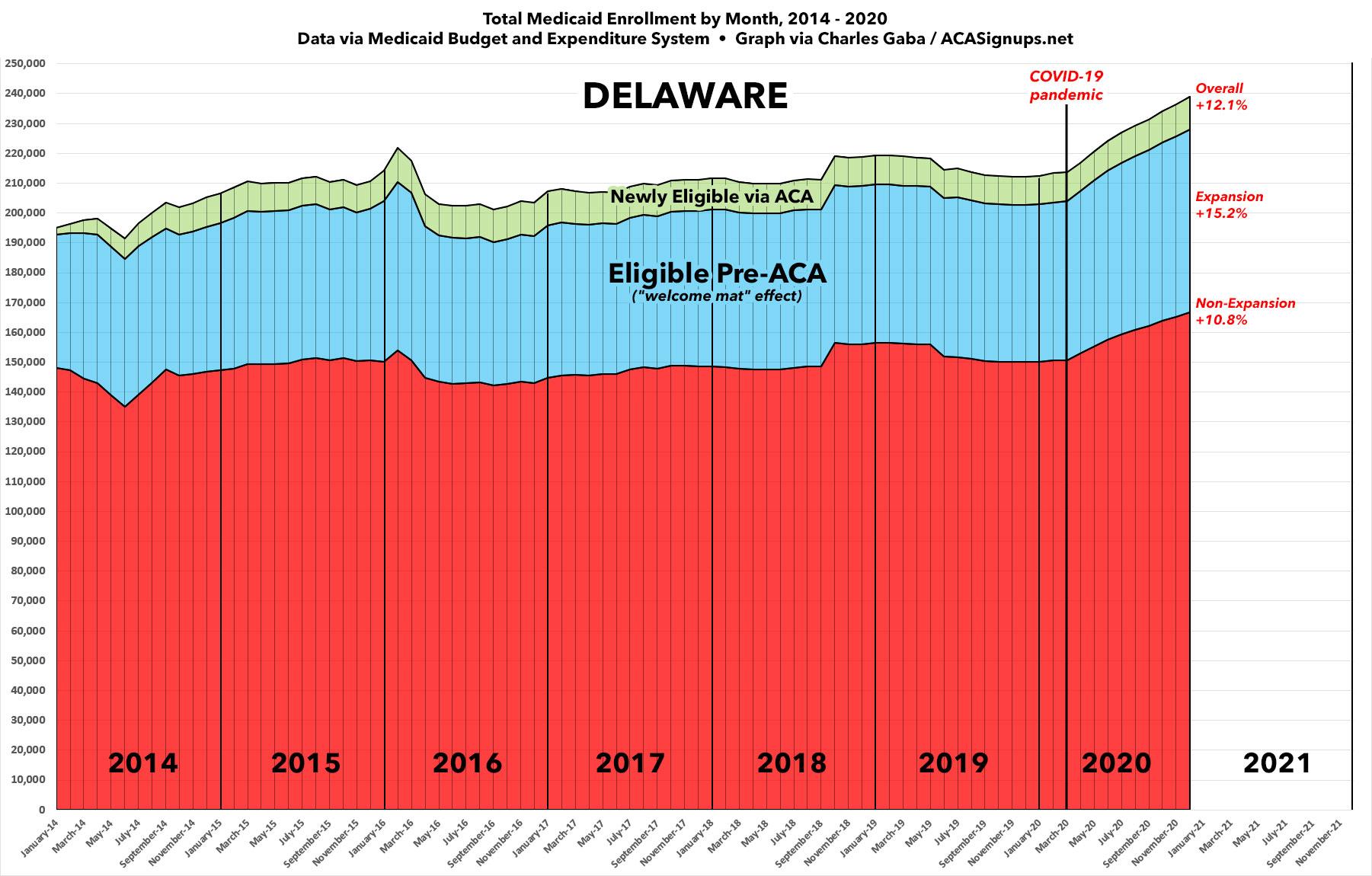