Today I'm presenting Louisiana. For enrollment data from January 2021 on, I'm relying on adjusted estimates based on raw data from the Louisiana Health Dept.

ACA Medicaid expansion didn't go into effect until halfway through 2016, but since then total enrollment averaged between 1.6 - 1.7 million people in LA. Since COVID hit last February, enrollment in non-ACA Medicaid has only increased a modest 6.8%, but ACA expansion enrollment has gone up by 34% for an overall increase of 14.8% statewide. 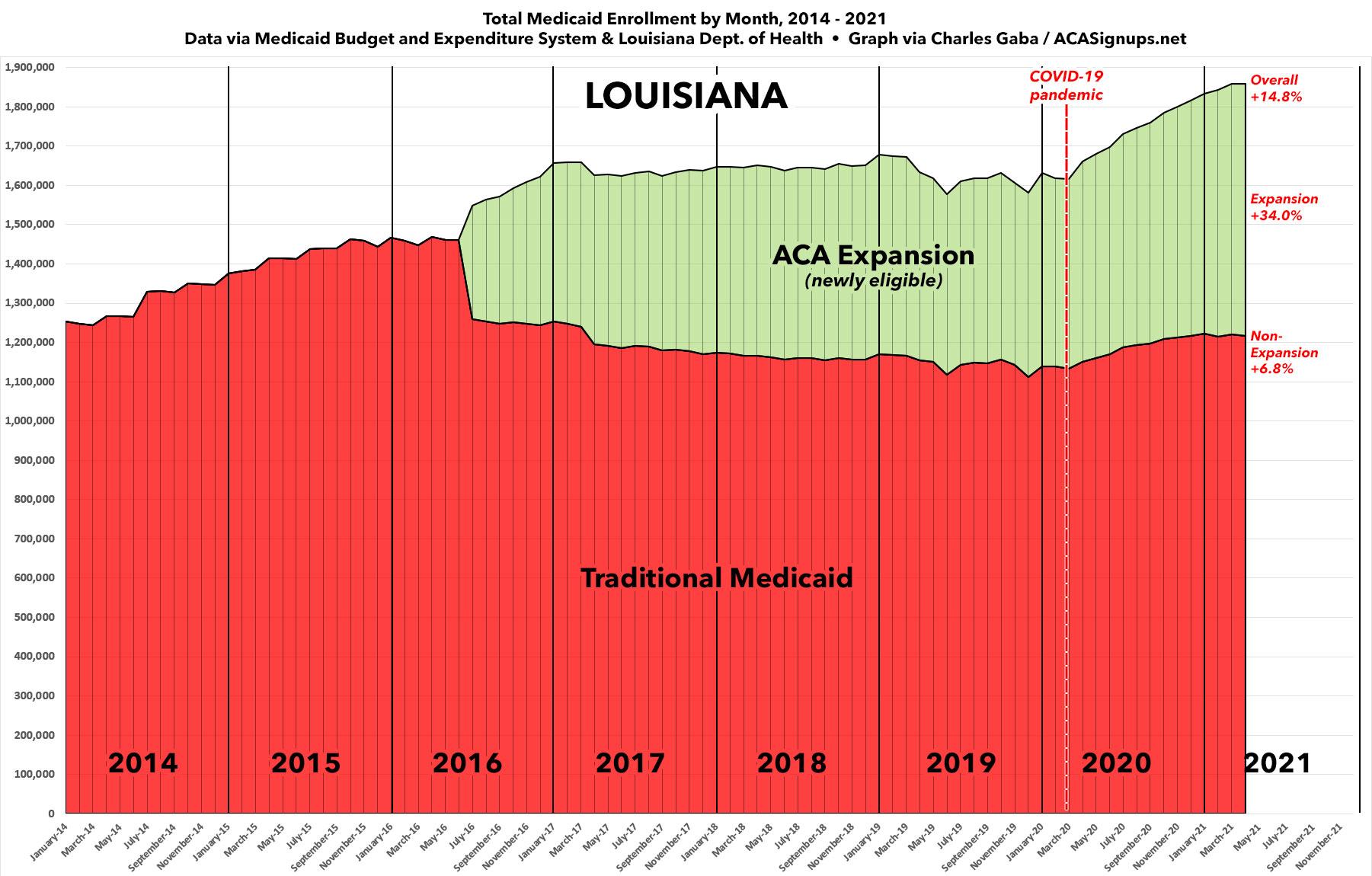