"Colorado Option" heads into the home stretch with some last-minute tweaks... 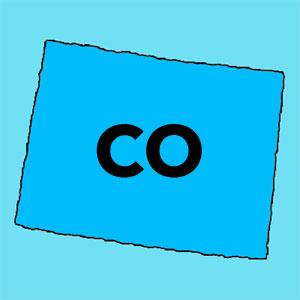 A couple of weeks ago I noted that Colorado was close to becoming the second state to implement their own state-level quasi-Public Option plan (Washington State was the first to do so a year ago).

I say "quasi-" because, similar to Washington's, Colorado's proposal isn't a "true" public option in the sense that the state itself would be administering a healthcare program by dealing directly with hospitals, doctors, drugmakers and clinics.

Instead, like WA's "Cascade Care" program, the state would instead design the parameters and requirements of the healthcare policies in question, but they would actually be administered by private insurance carriers and sold on the state's ACA exchange, Connect for Health Colorado. While it's hardly ideal, it would still be an important step forward.

As of today, it looks like the "Colorado Option" bill is on the verge of being made real...with some last-minute changes: (via Andrew Kenney of CPR News):

A proposal to create a new government-backed insurance plan passed another significant hurdle as Democrats voted to advance the “Colorado Option” through the state Senate on Wednesday.

The approval means that the bill is nearly guaranteed to become law. Once it’s in effect, new health insurance plans would be offered on the individual and small-group markets. It would not directly affect employer-provided insurance.

The state House has already approved the legislation. But the latest milestone came after rapid-fire negotiations as the sponsors tried to balance the interests of patients, health insurers, hospitals and doctors. A new deal with one side, the doctors, prompted fresh outrage from the insurance companies — but it also may have cemented votes from wavering Democrats.

...Democrats claim that the bill could lower insurance premiums 15 percent by 2025, allowing more people to afford a new insurance plan that is also designed to lower out-of-pocket costs. The bill would force insurance companies to sell the Colorado plan across the state, and it would allow the state to regulate the price of medical services to achieve those savings. Instead of a true “public option,” it’s more like a public-private option.

However, there's many ways this could end up playing out, and a lot of that also depends on whether or not the enhanced ACA subsidies under the American Rescue Plan are made permanent or not...and whether Senator Shaheen's S.499 bill (which would upgrade benchmark plans from Silver to Gold and restore CSR funding) ends up being passed at the federal level.

...The bill would allow the commissioner to dictate the payment rates that hospitals and doctors receive under the insurance plan, in some cases.

THAT'S the Really Big Deal here: Provider reimbursement rates. It's the single most important provision of any "public option" (whether state or federal), and it's also the main reason why hospitals, doctors and drugmakers are freaking out so much about the prospect.

...Amendments introduced on Tuesday would remove penalties for doctors who refuse to take patients on the Colorado option plan.

...But the same changes pushed the Colorado Association of Health Plans to oppose the bill. CAHP, which represents insurance companies, said that giving more leeway to doctors would make it impossible to reduce premiums.

Annnd there's the rub: The only realistic way to make any Public Option plan significantly less expensive than the status quo is to a) implement some sort of price controls for medical services and b) require providers to participate at those prices.

Smallwood said that with no mandate for independent doctors and small groups to participate, the plan would struggle to get care for patients. The state of Washington has run into similar problems: Its “public option” is not widely available, in part because it doesn’t require providers to accept the plan.

I wrote extensively about those problems back in January, as well as about the changes WA legislators have tried to put into place to address them (with what looks like limited success).

...Amid the last-minute negotiating, the sponsors agreed to reduce the savings target from 18 percent to 15 percent. Donovan said that the bill was meant to help the health care industry work better.

As I've warned before, the odds of actually hitting a 15% savings are slim; while it will vary from plan to plan and county to county, my guess is that overall, 5-10% "list price" savings vs. comparable non-PO plans will end up being more realistic in the real world. However...as I said about Washington's Cascade Care, it's a start.

As for the final steps, that could be coming within the next week or so:

...After the final vote by the Senate, the bill heads back to the House, where lawmakers will consider the Senate’s amendment. Eventually, it will require a signature from Gov. Jared Polis, who has pushed for years for this type of legislation.