3 Wyoming Republicans tell THEIR residents to eat a bag of Richards as well; Medicaid expansion goes down 3-2 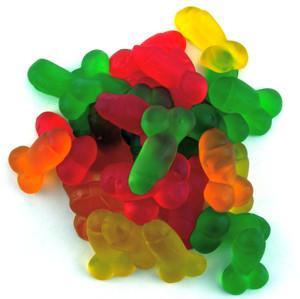 Last week I reported that the GOP-controlled Missouri legislature decided to wipe their asses with their own state constitution by refusing to fund Medicaid expansion in the state despite the voters demanding they do so via a statewide ballot proposal last August:

...[The claim that "the state can't afford it"] is a crock of garbage. Aside from the mountain of evidence that ACA Medicaid expansion helps states by bringing hundreds of millions, or even billions of dollars into the state economy) far more than it hurts them, Missouri residents are ALREADY paying for Medicaid expansion and have been for the past 7 years via the ACA taxes which their higher-income residents are paying to fund the law.

The "we can't afford it" excuse is even more outrageous considering that the American Rescue Plan includes what amounts to a flat-out bribe of $1.15 BILLION to the state of Missouri just for implementing the legally & constitutionally-binding ballot initiative which WAS ALREADY PASSED BY THE VOTERS LAST SUMMER.

Well, earlier today a completely GOP-held state Senate committee in Wyoming also shot themselves in the foot, although at least this time it didn't involve pissing all over their own constitution in the process:

Opponents of the proposal primarily landed in two camps: those with a philosophical opposition to “socialized medicine,” and those concerned the state’s savings would dry up after two years with the increased match.

According to the Kaiser Family Foundation, Wyoming's 10% share of the cost would come to around $20 million per year...but they'd also receive around $70 million in additional Medicaid funding, which means they'd get to cover 25,000 low-income residents for up to 3 1/2 years at zero net cost. Asuming the program kicked off starting in January 2022, they wouldn't have to start paying a dime until around mid-2025.

To their credit, two of the 5 Republicans on the committee did vote yes. As for the other three, they're named Anthony Bouchard, Troy McKeown and Lynn Hutchings.

Bouchard is a self-avowed MAGA extremist and insurrectionist sympathizer who hopes to challenge Liz Cheney in the GOP primary. McKeown had actually voted to advance the bill previously, but ended up voting against it because he saw it as "socialized medicine" which he thinks is evil (note: Medicaid isn't socialized medicine. The VA, on the other hand, is, but I'm guessing Sen. McKeown would never accuse the U.S. military of being socialist.)

Wyoming Senator Lynn Hutchings compared homosexuality to bestiality/pedophilia to a group she was meeting with. The group was comprised of 14 & 15-year-old students who were members of their school’s gay-straight alliance. They were talking to her about a non-discrimination bill pic.twitter.com/ey9thXxbqd

At approximately 2pm, 10 students from Central High School were accompanied by their club sponsor and high school teacher to send in notes to Senators in the Senate Chamber. The Central High School students sent in a note to their district representative, Senator Lynn Hutchings. They wished to speak with her regarding HB 230, Enhancing Quality Employment Law, and convey their support of the bill.

Senator Hutchings, upon receiving the note, came out to the gallery to meet with the students. When the Senator arrived, the students introduced themselves and spoke about HB230. Senator Hutchings said she was unfamiliar with the bill’s language so the students shared that they wanted her support because the bill would protect the students from workplace discrimination based on sexual orientation and gender identity.

At which point, the students sought to clarify the bill’s intent only to be rebuffed by Senator Hutchings repeated interruptions. As the conversation came to a close, Senator Hutchings then motioned to fist bump the students and embraced one of them. The students and teacher quickly removed themselves from the Jonah Business Center to process this interaction and provide a supportive space for one another. After some time, they composed themselves and re-entered the Business Center to continue talking to other legislators and Wyoming Equality board and staff were made aware of the incident.

It is our understanding that while the state legislature’s anti-harassment policy mentions no protected classes, including sexual orientation and gender identity, Senator Hutchings behavior was unacceptable and inexcusable. Fourteen- and fifteen-year old high school students wishing to engage with the legislative process should not have been confronted with the comments made by Senator Hutchings. Those students, some of which identify as LGBTQ, were deeply hurt and disturbed that they were compared to acts of beastiality and pedophilia. The students’ sentiment was exacerbated especially after Senator Hutchings hypothetically recounted the idea of sexually engaging with children then physically engaged with the students.

At Wyoming Equality, we are horrified. On GSA Civics Day, we expect students to be challenged and engage in lively civic dialogue. This is not what transpired. As guaranteed by the First Amendment, Senator Hutchings may express her beliefs and views however she wishes, but her behavior is not what we expect of adults in the workplace, and we expect even more from a Wyoming elected official. The students spoke with several legislators that day. For the exception of the incident with Senator Hutchings, the students said all their interactions with legislators were civil and respectful no matter where the legislators stood on bills and issues.

LGBTQ youth seriously contemplate suicide at almost three times the rate of straight youth, and LGBTQ youth are almost five times as likely to have attempted suicide compared to straight youth according to the Center for Disease Control and 35 studies conducted in 10 countries, including the United States. Each episode of LGBTQ victimization, such as physical or verbal harassment or abuse, increases the likelihood of self-harming behavior by 2.5 times on average. Wyoming Equality works to address the youth suicide and self-harm rate in Wyoming by supporting GSAs in schools as they’ve been proven to significantly lower the odds of suicidal thoughts and had fewer suicide attempts among youth—regardless of whether they were gay, transgender, or straight.

So incidents like this do not happen again, it is our sincere hope that that action will be taken as a result of our providing this information about what transpired between Senator Hutchings and Central High School students. We are deeply concerned about the lasting damage Senator Hutchings has inflicted on the GSA students in her district and the reputation she has established for the Wyoming State Legislature. The Central High School students and their sponsor deserve a clear, direct apology and clarification that Senator Hutchings behavior was unacceptable and inappropriate of an adult and elected official.

Thank you for your attention to this matter.

Wyoming Equality Board of Directors