Will South Dakotans be the next red state residents to tell their legislators to suck it on Medicaid expansion? 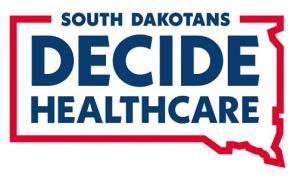 Back in January, I. noted that:

That leaves 12 holdout states...or technically 13, as the Missouri legislature is still refusing to fund Medicaid expansion there even though the ballot proposal was not only solidly approved, but also bakes expansion into the state constitution (last I heard, a state judge is likely going to have to force the legislature to fund the program, which is even more insane as it won't even cost the state a dime for the first few years thanks to the American Rescue Plan).

At the time, a Bloomberg News story stated that residents of only 3 holdout states (Florida, Mississippi and South Dakota) have the option of putting a similar ballot proposal up for a vote.

Well, activists in South Dakota are doing just that:

Right now, Washington politicians send South Dakota’s Medicaid dollars to California, New York, and 36 other states to pay for their healthcare instead. That needs to change. It’s time to bring our tax dollars home for healthcare and jobs here — just like North Dakota, Oklahoma, and Idaho have all done recently.

Medicaid expansion would put hundreds of millions of dollars back into our local economy. For hardworking families, it means access to healthcare, less money spent paying off medical bills, and more money available to spend in our local small businesses.

In rural communities, it also means more healthcare jobs and the chance to protect emergency care for our families. Eleven rural hospitals in our state are now at risk of closure. Medicaid expansion will help keep these facilities open for when our families need them most — whether that’s a loved one having a heart attack or suffering a serious injury on the farm.

That’s why doctors, nurses, farmers, small businesses and so many South Dakota organizations are endorsing this campaign to put Medicaid expansion on the ballot. We have the support of one of the broadest coalitions to ever launch a ballot initiative in this state, and we’re just getting started.

It's smart of them to remind SD residents that a bunch of other deep red states have also expanded Medicaid (although "recently" is a bit of a stretch for North Dakota, which actually expanded Medicaid right out of the gate in 2014...although the state legislature also had to renew the program more recently).

The exact number of South Dakotans who would be helped varies depending on your source; the Bloomberg article from January put it at 43,000, while the Kaiser Family Foundation estimates the number of SD residents in the "Medicaid Gap" at 16,000, plus another 11,000 who are currently eligible for heavily-subsidized ACA exchange plans but who would still be far better off enrolled in Medicaid if the state expanded it, or around 27,000 total.

Either way, that's tens of thousands more people who'd become eligible in a state with only 886,000 residents total, or anywhere from 3 - 5% of the population.

As for the cost to the state (10% of the total each year), again, according to the Kaiser Famly Foundation, that would be nothing for the first 3-4 years, thanks to the American Rescue Plan's Medicaid expansion "inducement" provision (aka, a big fat bribe to the remaining states to do the right thing).

KFF estimates that South Dakota would receive around $110 million in additional federal funding just for doing what they should have done over 7 years ago...far more than the ~$25 million per year which the state would have to pony up.

If it passes, I just hope the wording of the proposal is such that the state would have to expand Medicaid to avoid the shenanigans which state legislators tried in Utah, Idaho and, currently, Missouri.