UPDATE: #MootTheSuit ain't happening (at least not ahead of the #SCOTUS ruling, anyway) 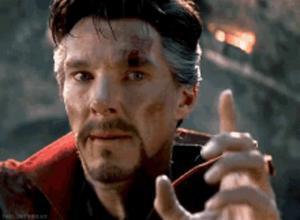 I don't see that happening either since President Biden promised not to raise taxes on households earning less than $400K/year, and the Dems are loathe to fully restore the mandate at the federal level given the massive backlash it caused them back in 2010 anyway.

This would leave mooting the suit via regular Senate order, which presumably would require...you guessed it...killing the filibuster.

As far as I can tell, this means that the strategy is a) hope SCOTUS spares the ACA, or b) if they do strike most/all of it down, to revisit the filibuster then to see if Manchin, Sinema, etc. see saving healthcare coverage for tens of millions of people as being enough to change their POV.

UPDATE 4/05/21: OK, a small ray of light today: Apparently the Senate parliamentarian ruled today that the Dems can squeeze in an extra reconciliation bill this year. That wouldn't resolve the "$1.00 penalty is too small" issue, but it would give them some breathing room to go ahead and restore the mandate penalty to, say, $100 or $300 or whatever the minimum is in order to "count" as impacting the budget enough to get included in a reconciliation bill if necessary.

The federal lawsuit to strike down the entire Affordable Care Act was heard by the U.S. Supreme Court last November, a week after the election.

While the hearing happened on 11/10, the actual decision in the case isn't expected to be announced until sometime this spring (likely April or later).

It's my understanding that the second and third options would have to be done via regular order in the Senate, which means 60 votes with the filibuster or 51 without it...and since it appears that at least 2 Democratic Senators are pretty dead set on not killing the filibuster, that means neither of those are likely to happen, since the odds of getting 10 Republican Senators onboard is pretty much nonexistent.

That leaves the first option: Raising the federal mandate penalty back up again. Again, it doesn't necessarily have to be raised back to the original $695 per person; it could be set to as little as $1.00, which also underscores how absurd this case is.

As for the timing, it would be best if this were to be done before SCOTUS issues their ruling; doing so would pretty much immediately moot the entire issue (although if the penalty was ever dropped down to $0 again in the future, we'd presumably be right back where we are now). However, Professor Bagley has also corrected a misunderstanding of mine about the possibility of bumping the penalty back up again after SCOTUS' decision is issued:

But lots of people share your intuition: that what the Supreme Court does is "strike down" laws. And that intuition is REALLY strong. So if Dems were to say, "Well, we're adding a $1 penalty, that should fix it," they'd get pummeled over that. And I could imagine a skittish Machin or Sinema not wanting to go along with that.

In other words, Democrats could save the ACA by bumping the penalty back up to $1 or more...but it would cause political fallout.

Of course, not saving the ACA when they could do so would cause far more political fallout, to say the least...and I'm pretty sure Joe Manchin and/or Kirsten Sinema would face a far bigger backlash from not doing so under those circumstances than they would by doing so.

All that being said, it would still be far better to #MootTheSuit RIGHT NOW, when they have a larger reconciliation bill in the works which even includes beefing up the ACA as part of it. And if they don't include it in this one, they'd have to use up their second reconciliation option to address the problem later on (the Senate usually only gets to use reconciliation once per year, but it was never used last year so apparently the Dems have a spare).

I am told by budget folk more expert than i am (and i am pretty expert - have covered 15 reconciliation bills) that a $1 penalty might not pass muster either because it would not have a large enough impact on the budget. eliminating it obviously had a big effect.

This is a concern I’ve also heard @larry_levitt raise in regards to having a “meaningful” penalty/dollar amount.