Way back on November 30th (a lifetime ago!), my contact at the Massachusetts Health Connector gave me an unofficial mid-period 2021 enrollment report:

As I noted at the time, MA is one of just two states (the other is Rhode Island) which handles premium payments internally, which means they can easily track not just how many people have enrolled but how many have actually made their payments.

Yesterday I requested and received an update six weeks later, and was surprised to see the total number drop slightly:

Huh. There's usually some drop-off in the state exchanges where they "front-load" auto-renewals of current enrollees, since they start out with 100% renewing and reduce it as some of those enrollees actively opt out of the renewal. Even so, you'd normally expect the total as of 1/12 to be at least somewhat higher than that of 11/30, not lower. Instead, there's a drop of 330. What's going on here?

Well, a slideshow from the Health Connector's last board meeting seems to lend some insight:

The 2021 Open Enrollment period runs from November 1 to January 23. Staff will synthesize full Open Enrollment activity after its closure but will provide an interim update today.

I assume this refers to one of the provisions in the Families First COVID-19 Response Act, which put a freeze on those already enrolled in Medicaid as of March 18, 2020 (or any new enrollees) until after the public health emergency is lifted.

This is probably part of the reason, but there has to be more to it for two reasons: First, because I presume that a lot more people saw income losses than income gains last year...though I suppose the odd way in which the extended/enhanced unemployment insurance last spring were categorized for income purposes (along with the one-time $1,200 checks) did likely cause some people to see their incomes increase over the Medicaid expansion cut-off point.

The larger confusion I have about this rationale is that if it's causing this impact in Massachusetts, I would expect to see similar drops in other Medicaid expansion states. Only two other Medicaid expansion states, of those with full 2021 enrollment in, only Kentucky and Louisana saw similar year over year drops. Unless Massachusetts has some additional state-level Medicaid retention law I'm not sure why this would cause a similarly high drop in enrollment this year. 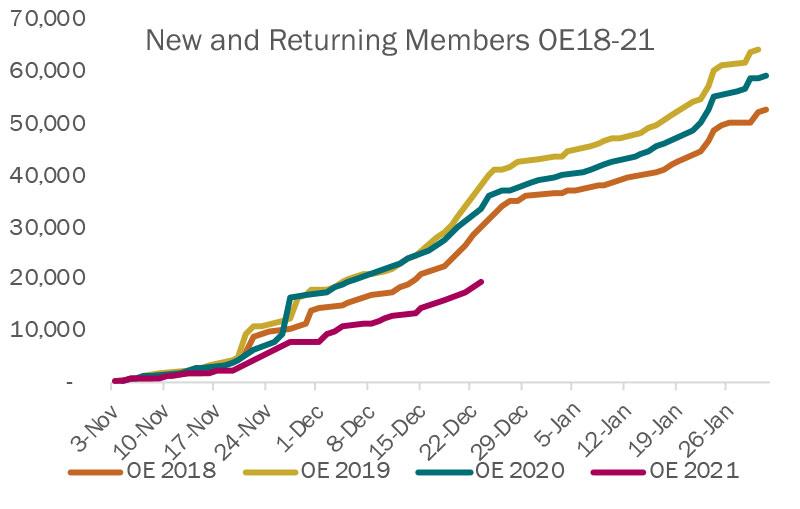 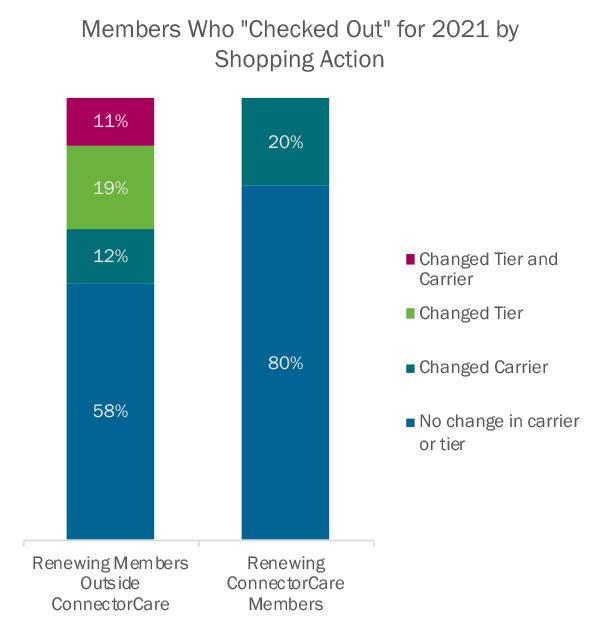 Last year MA ended up with nearly 320,000 people selecting Qualified Health Plans (QHPs) via their exchange, Massachusetts is around 11% behind last year's final tally, though residents still have 10 days to enroll.