The Centers for Medicare & Medicaid has released the semifinal "snapshot report" for HealthCare.Gov enrollment, and most of the state-based exchanges have released at least some of their enrollment data. With the addition of today's announcement by Covered California, I've confirmed 11.51 million QHP selections to date.

Keep in mind, however, that there's likely over 400,000 more enrollees across the states which haven't reported anything yet (Idaho, New York, Rhode Island and Vermont), so the actual total nationwide is likely closer to 11.9 million, give or take. In addition, Open Enrollment is still ongoing across a dozen states, so the final total will almost certainly break 12 million when the dust settles after the final January 31st deadline passes.

It could even total as much as 12.2 million, assuming the following:

*Note re. Maryland: I'm not sure whether the official CMS 2021 OEP report will include MD's recently re-opened COVID-19 SEP or not, since it overlaps with some state OEP time windows.

This would bring the grand total in at around 12.17 million, give or take. If so, that would be the 3rd highest ACA QHP selection total, just below 2017's 12.22 million. It's even conceivable it could break that and come in second after 2016's high water mark of 12.68 million: 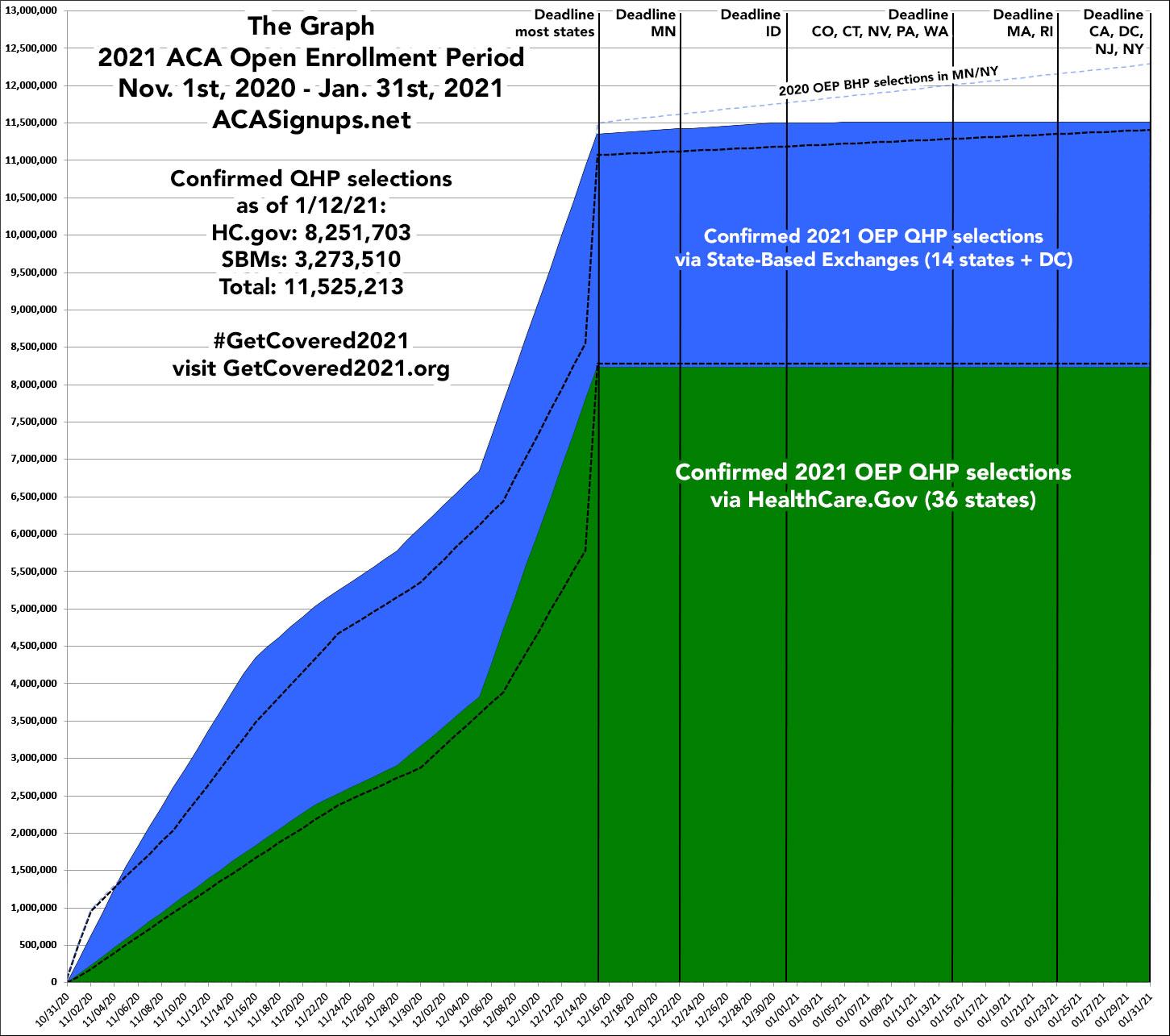