The Graph: 9.84 million QHPs confirmed nationally; you still have time to #GetCovered in 13 states!

The Centers for Medicare & Medicaid released the semifinal "snapshot report" for HealthCare.Gov enrollment today, and some of the state-based exchanges have releaed their data; combined, I've confirmed just over 9.84 million QHP selections to date. The actual total is likely up to around 11.1 million as of today, however: 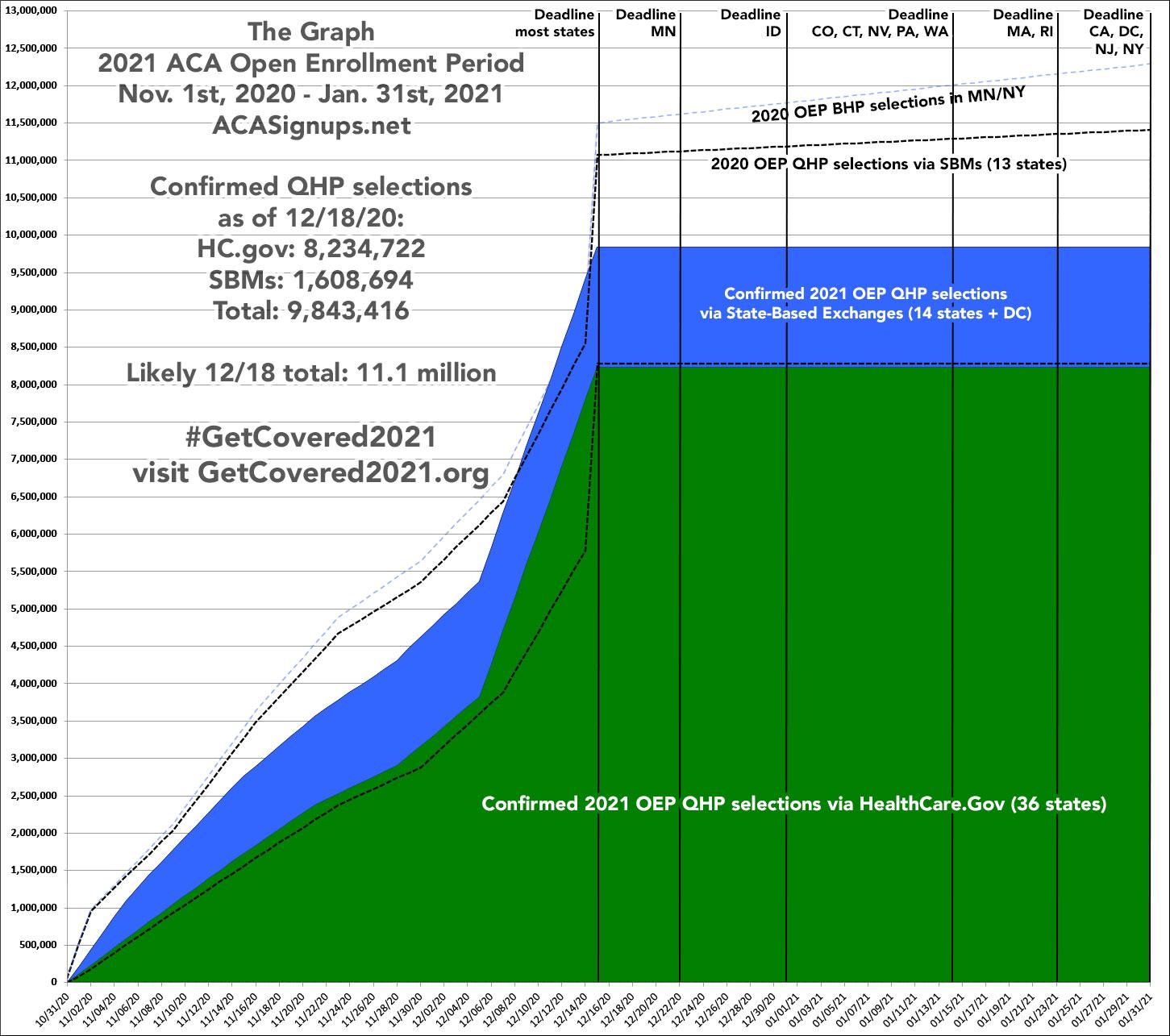