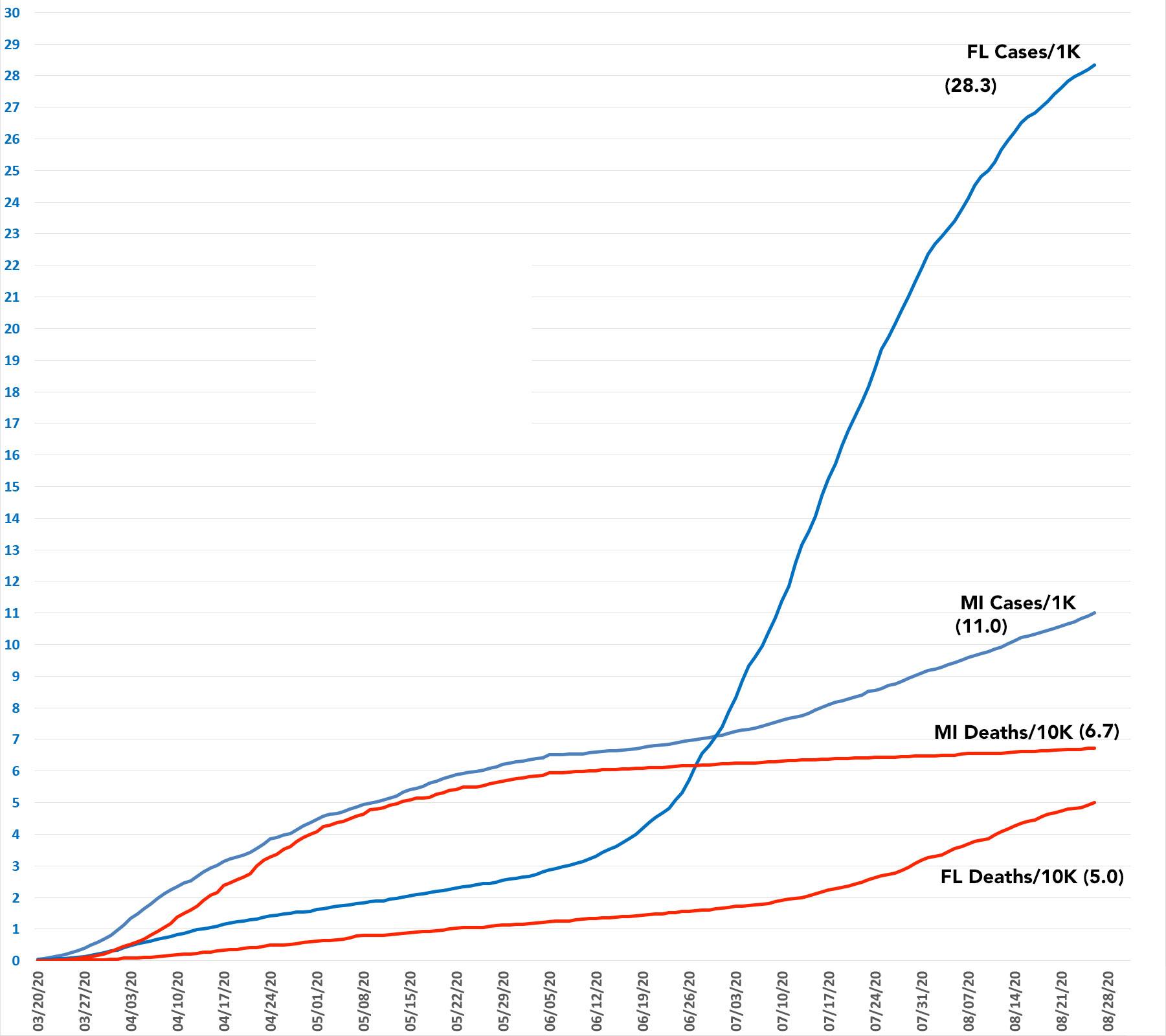 As you can see, while COVID-19 cases are now far higher per capita in Florida than in Michigan, deaths per capita are still considerably higher in Michigan...so far.

Now let's project the current trendlines ahead by a month or so to see what each will look like assuming both states stay on their current fatality trajectories. There's no guarantee that either one will, of course; either or both line could easily curve up or down...but assuming they stay along their current paths... 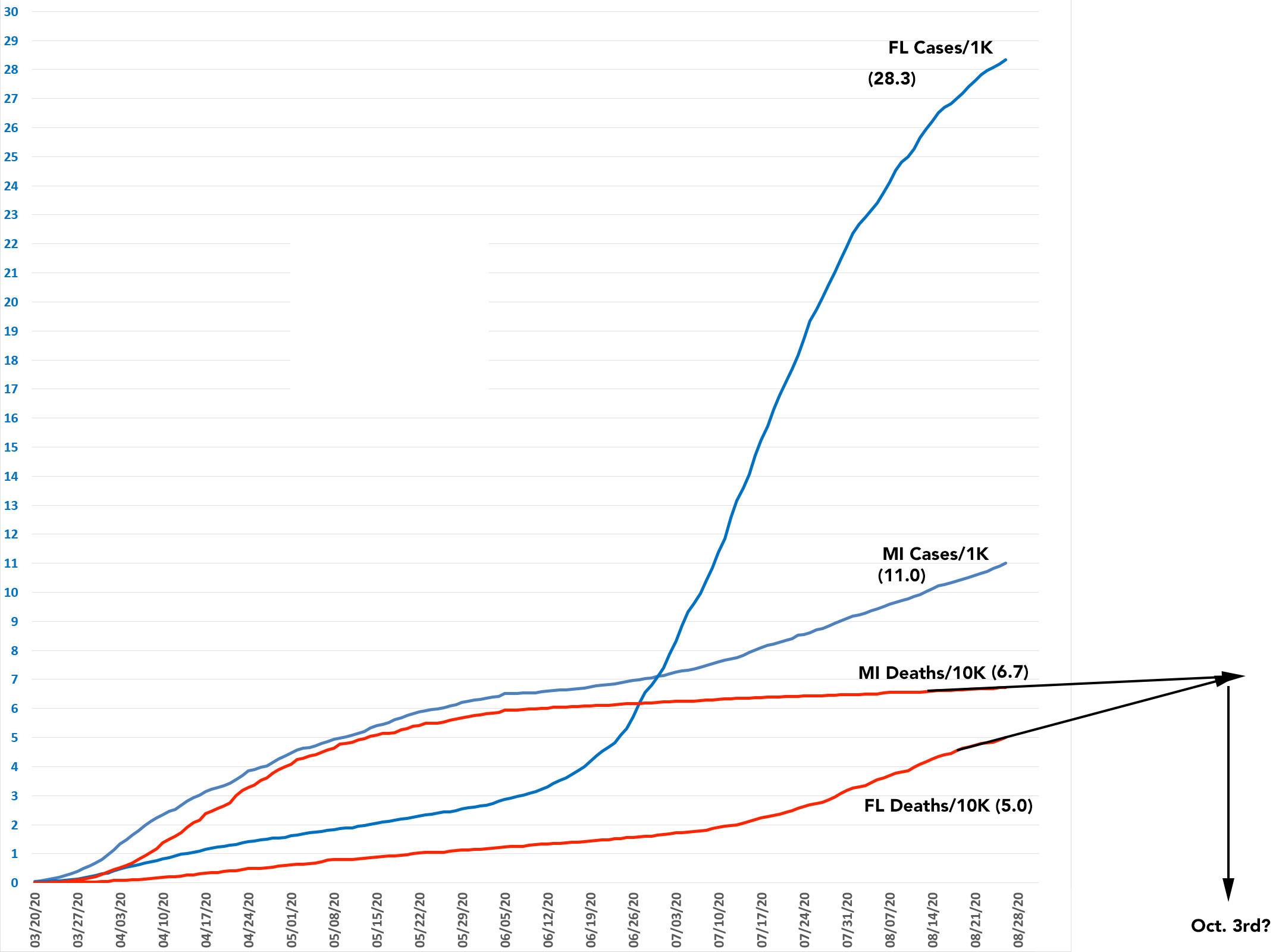 Let's see if Mr. Finley posts a revised version of his tweet in late September. I'm guessing he won't.