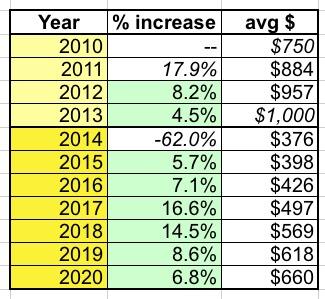 Rates for individuals are more than 55% lower than prior to the establishment of the New York State of Health in 2014, adjusting for inflation but not counting federal financial assistance that the ACA makes available to many consumers purchasing insurance. Approximately 323,000 New Yorkers are currently enrolled in individual commercial plans.