The North Carolina Insurance Dept. has published a summary of the preliminary premium rate changes requested by insurance carriers for the indvidual and small group markets in 2021.

The good news is they include the number of people enrolled by each carrier in both markets, making it easy to calculate a weighted average, and th ey even include the SERFF tracking number for each.

The bad news is they don't include links to the actuarial memos, and even plugging the tracking numbers into the SERFF database only brings up the memos for three of the six carriers on the individual market...and of those, two of the three have been redacted (Oscar and Cigna), while the third (UnitedHealthcare) is brand-new to the North Carolina market anyway and therefore has no COVID-19 impact on their rate changes to speak of. 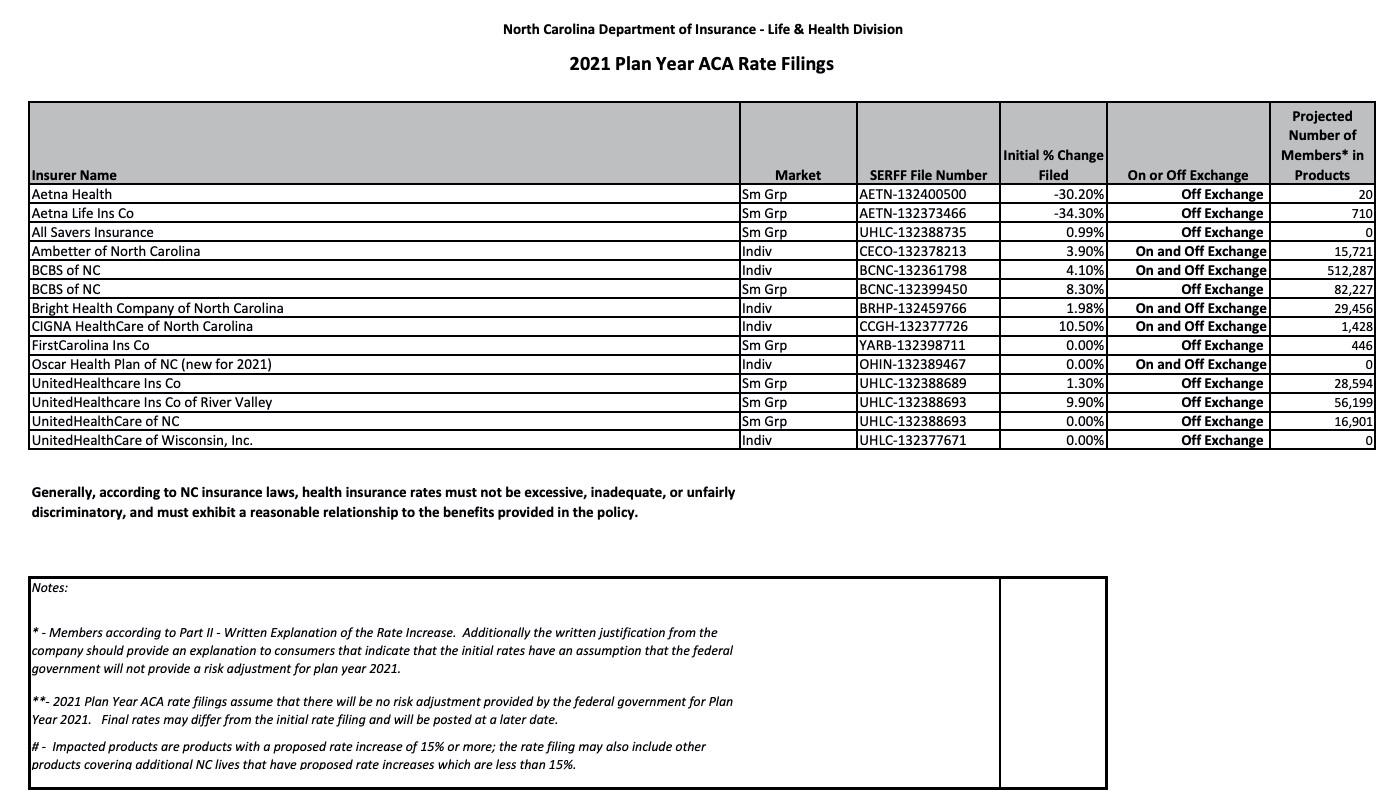 Anyway, here's what it looks like for both markets: A 4.0% average increase on the individual market, and a 6.8% increase for the small group market. Those massive drops in Aetna's small group filings are eyebrow-raising...until you also note that they only have 730 people enrolled in them anyway:

UPDATE: (sigh) Louise Norris called attention to what appears to be an important typo in the NC DOI PDF above...this objection letter/response buried in the SERFF database certainly makes it look like Cigna is actually requesting a 10.5% reduction in their 2021 premiums, not a 10.5% increase. Adding to the confusion, the response to the letter makes it look like they're actually asking to drop rates 14.3%... 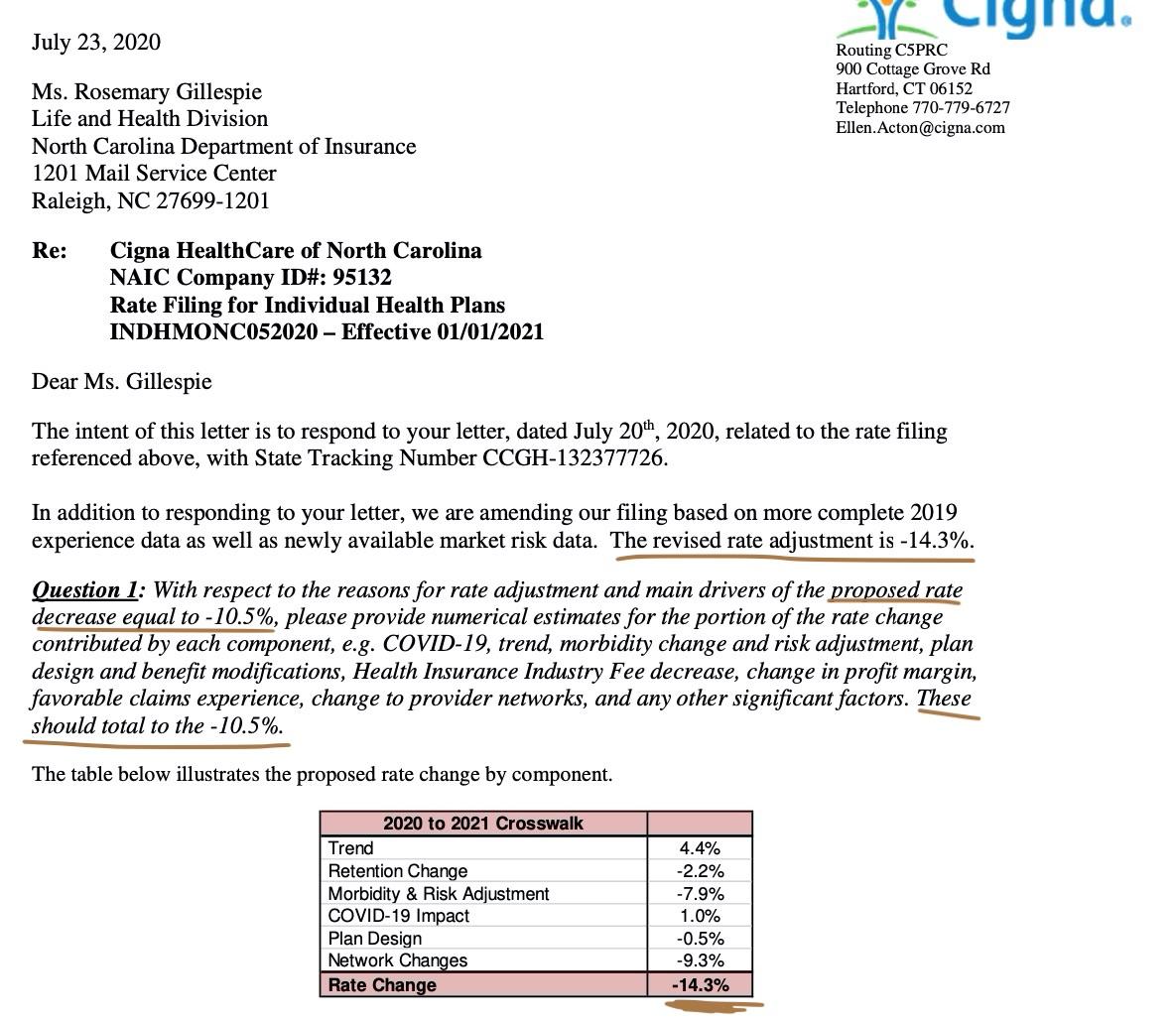 ...however, NC's preliminary filings are also now listed on the federal exchange website (RateReview.HealthCare.Gov), and in that listing it does indeed show Cigna coming in at a 10.5% reduction:

As it happens, Cigna only has 1,400 enrollees in North Carolina's ACA individual market anyway (just 0.3% of the total), so this barely moves the needle on the weighted statewide average...but it's still pretty irritating: