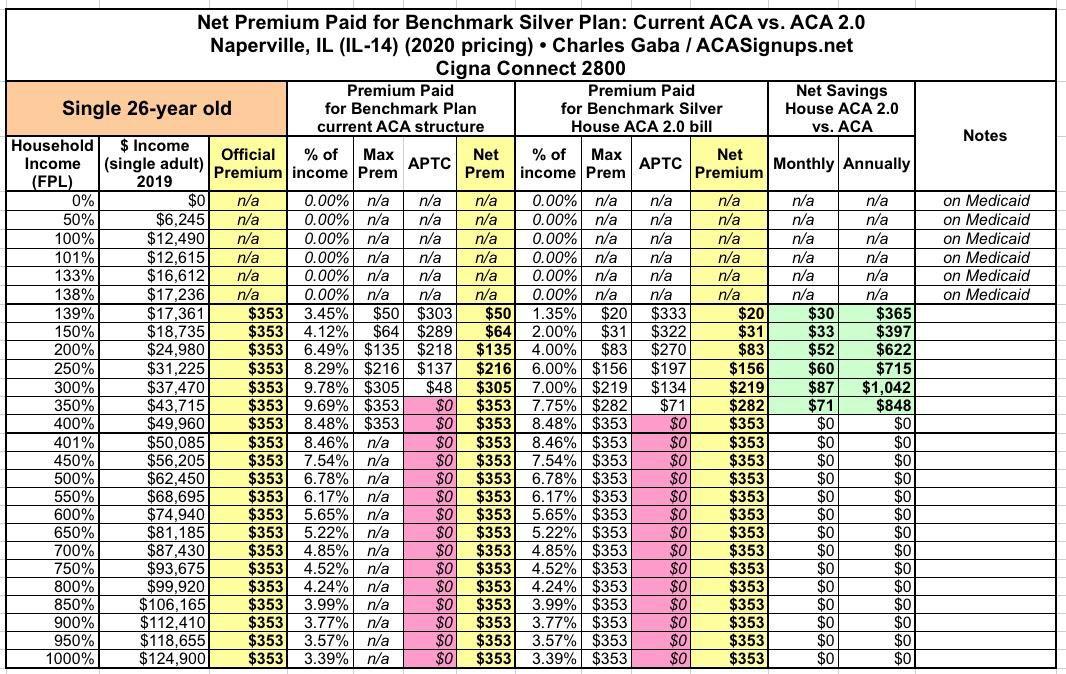 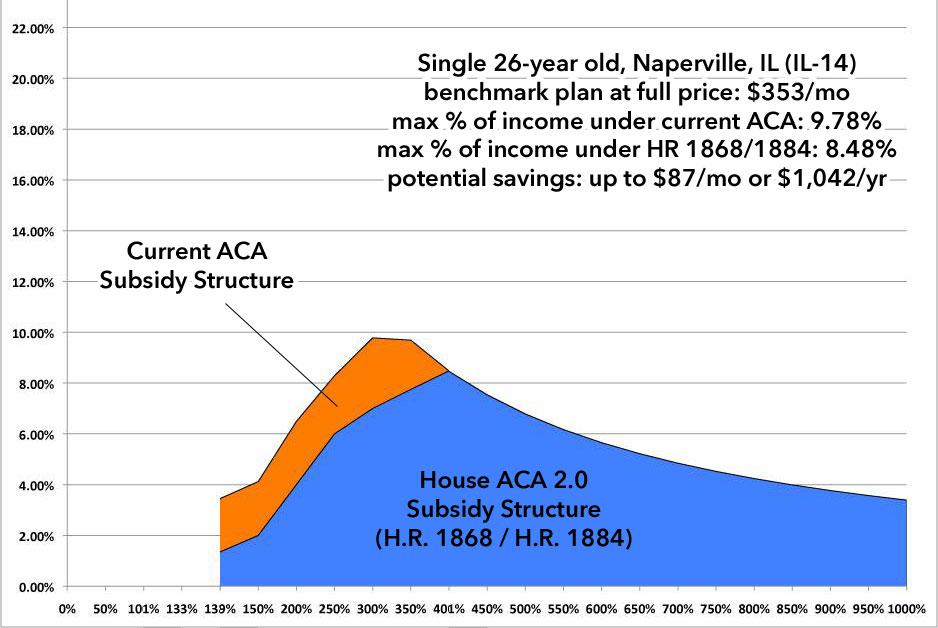 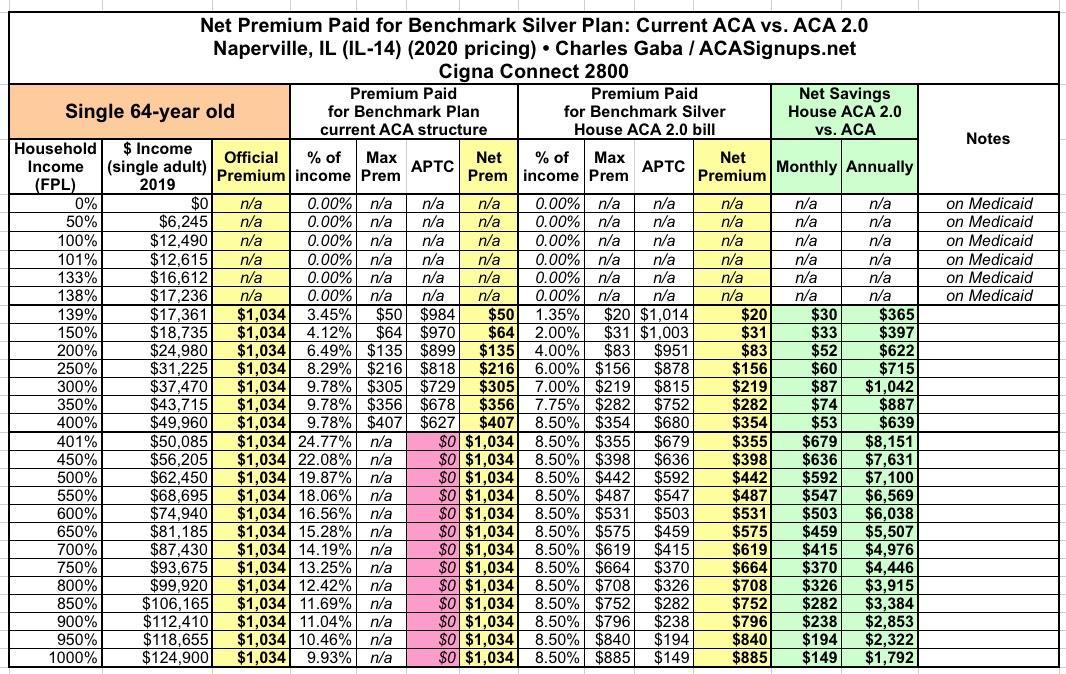 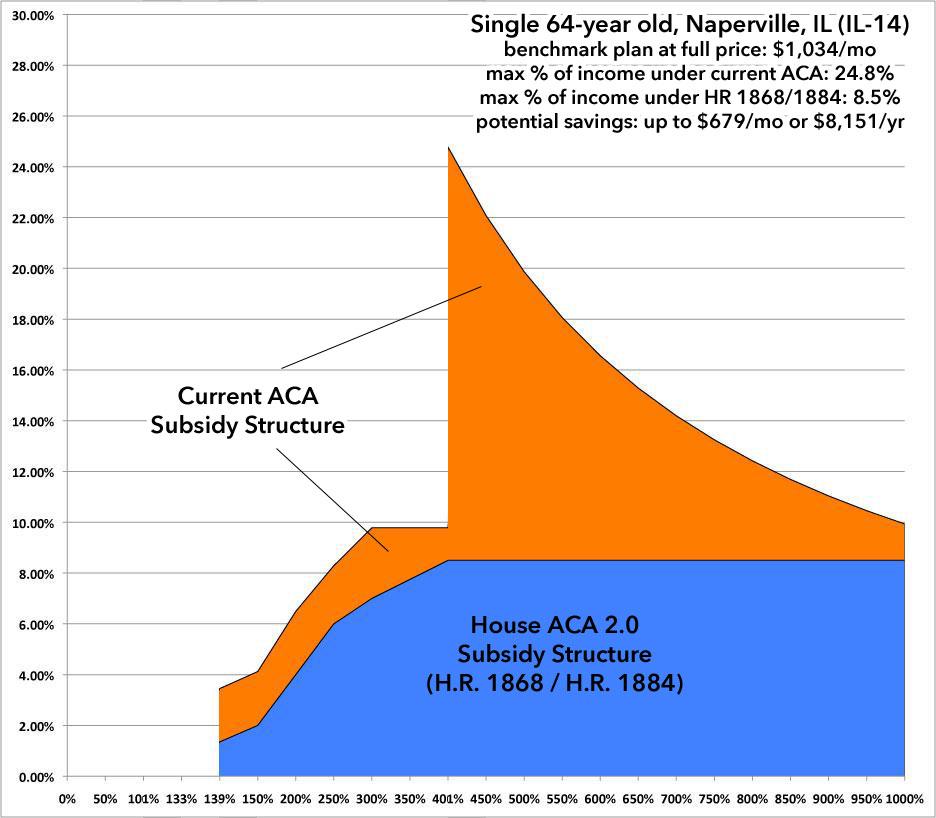 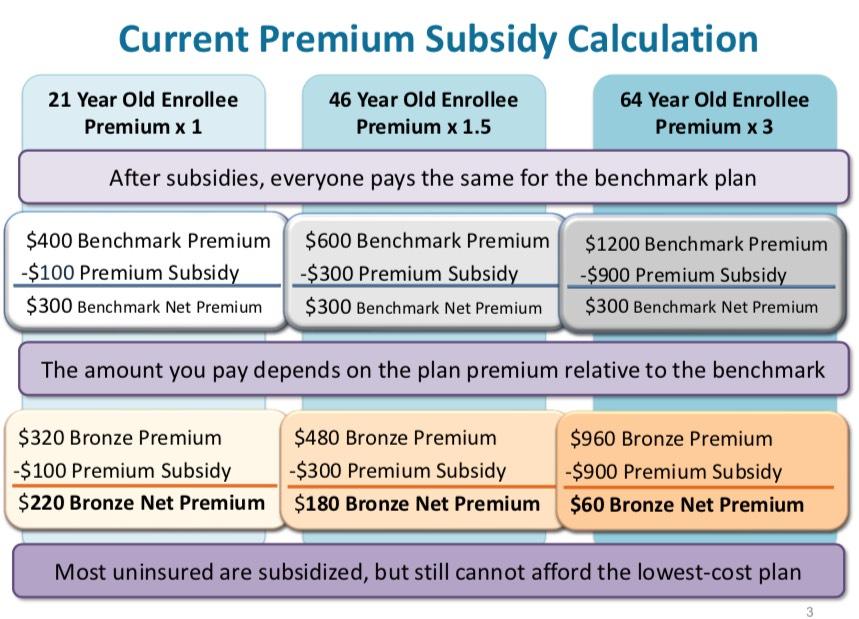 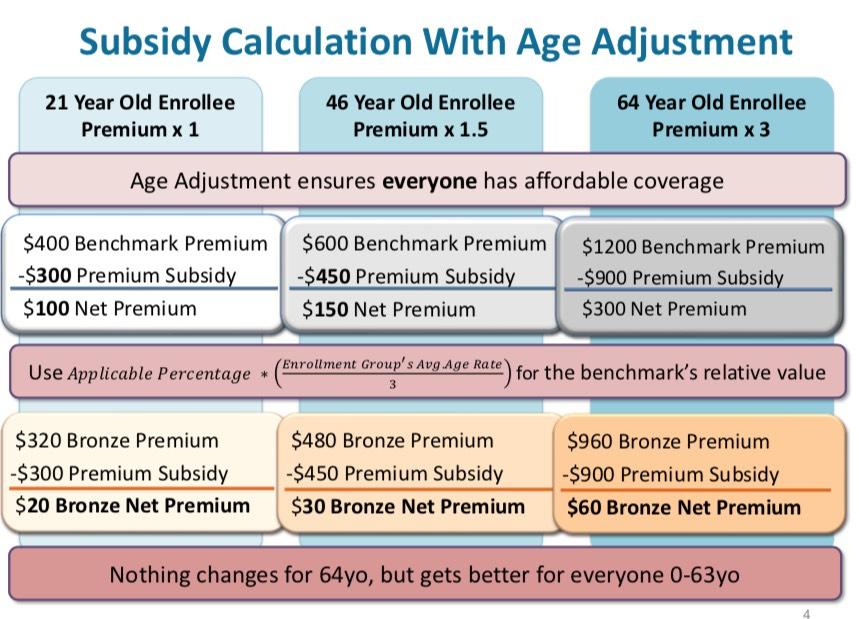 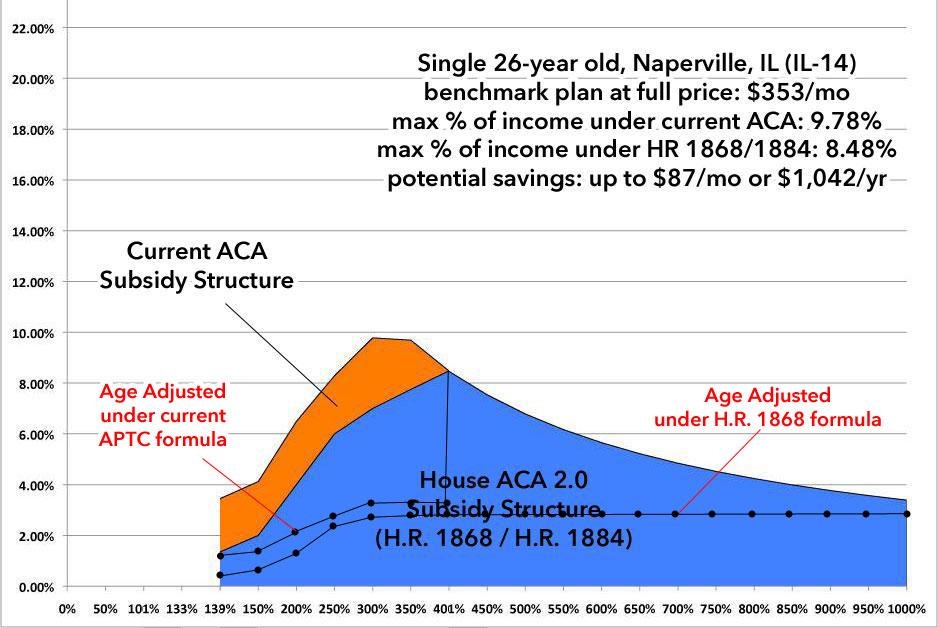 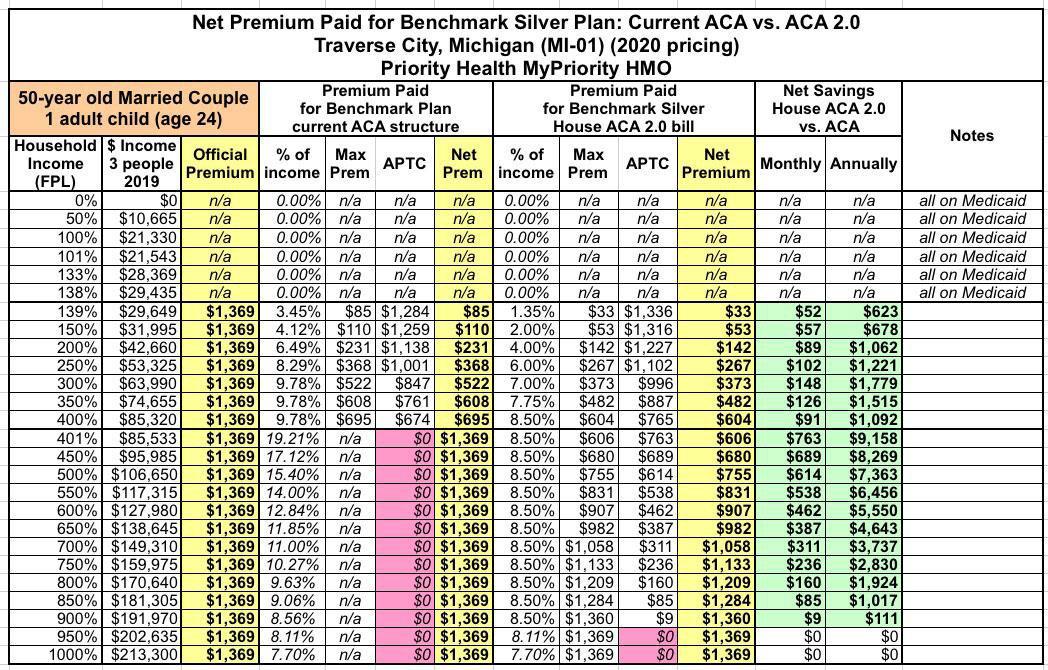 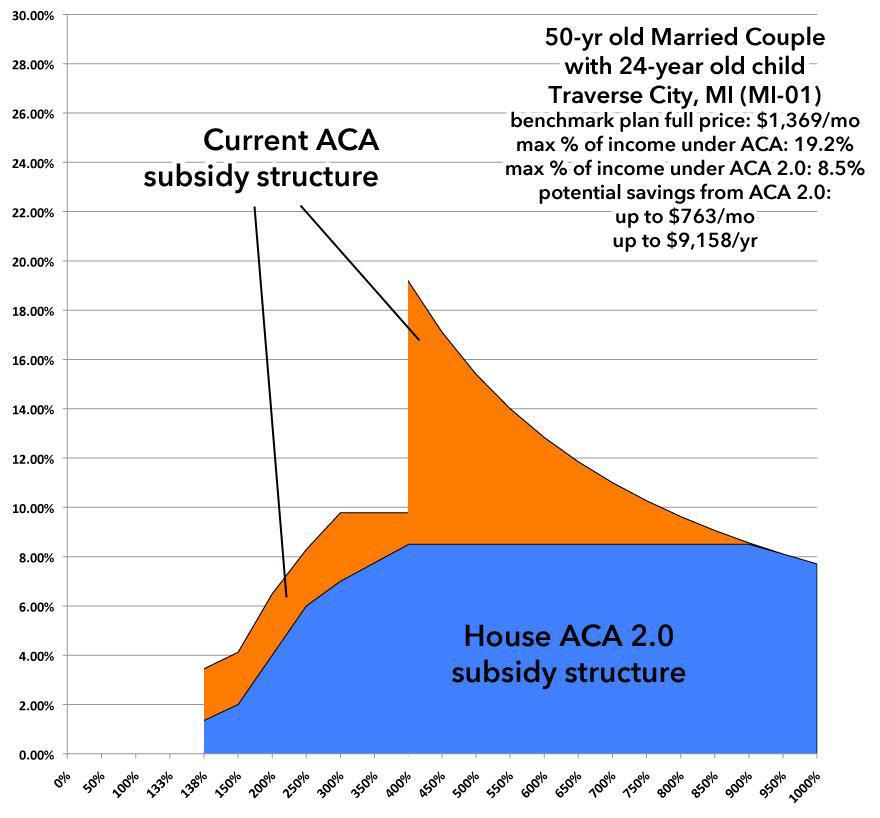 UPDATE 6/15/20: I'm happy to report that H.R. 6545, the Health Insurance Marketplace Affordability Act of 2020, has been officially introduced by Rep. Stephanie Murphy! The actual legislative language is deceptively simple:

A BILL To amend the Internal Revenue Code of 1986 to provide an age rating adjustment to the applicable percentage used to determine the credit for coverage under qualified health plans.

This Act may be cited as the “Health Insurance Marketplace Affordability Act of 2020”.

If you read the text above carefully, it's very simple. All it does is to take the average of the age rate adjustments for everyone in the household, divide that by three, and multiply that by the existing APTC income percentage cap to get the age-adjusted percentage cap. Boom.

The reference to "a single national age rating curve" is an important caveat, however--this is necessary because two states (New York and Vermont) don't have an age rate adjustment at all (that is, everyone pays exactly the same amount regardless of age), while one state (Massachusetts) has a 2:1 range instead of the 3:1 range used by the other 47 states. By specifying a single national age rating curve, this avoids NY, VT or MA being penalized for their age bands.