In fact, even the CMS report is pretty bare-bones this year...unless this is just a preliminary version with a more formal press release to come soon. The accompanying Public Use Files also seem rushed, with the column headers in data mode instead of reader-friendly English. Again, this isn't exactly a high priority for the folks at CMS at the moment I'm sure, so I'll take what I can get.

Anyway, I figured I should take a moment to note the continuing trendline between the Federally Facilitated Marketplace (FFM) (HealthCare.Gov) and the State-based Marketplaces (SBMs). There have been as many as 15 or as few as 12 depending on the year. 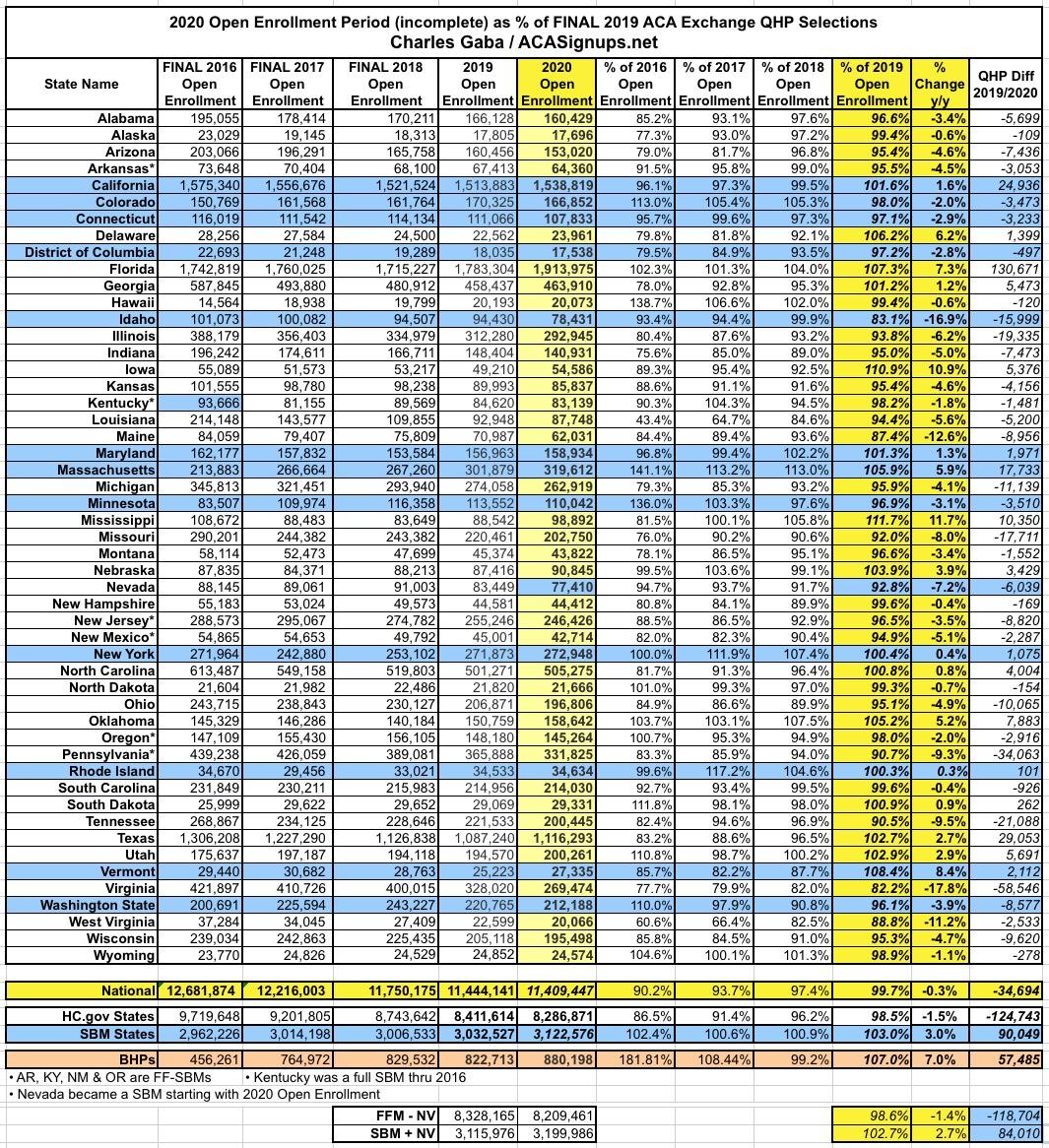 As you can see, while total enrollment is almost identical to last year (just over 11.4 million nationally), there's a wide variance between some states. Overall, enrollment in HelthCare.Gov states is down about 1.5% (125,000 people) while it's up 3.0% in the state-based exchanges (90,000 people). However, This has to be adjusted due to Nevada shifting from the former to the latter status.

If you count Nevada as a state-based exchange both years, the numbers are closer...but not by much, since Nevada is a small state to begin with: HC.gov is down 1.4%, the SBEs are up 2.7% year over year. 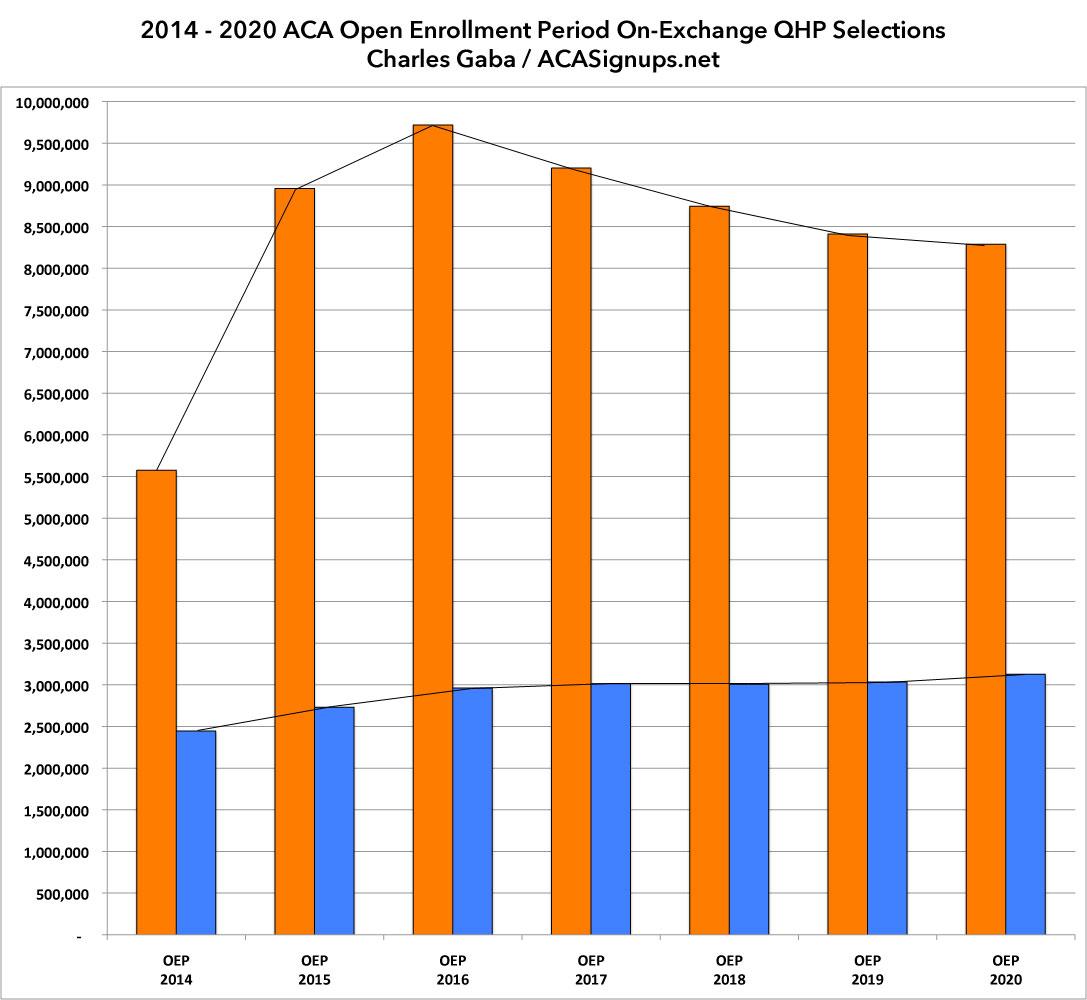 The only "state shift" which has occured since OEP 2016 is Nevada splitting off of HealthCare.Gov onto their own exchange this year, and again, even that only made a nominal difference.

I'll have more to say about the 2020 CMS Open Enrollment Period report tomorrow, but I'll leave it at that for tonight.