All three of these factors still leave 2020 Open Enrollment around 170,000 short of the same time period last year on HealthCare.Gov through the end of November.

UPDATE: The actual Week 6 Report was just released, and it actually surpassed my expectations by around 95,000 people:

In week six of the 2020 Open Enrollment, 1,005,673 people selected plans using the HealthCare.gov platform. As in past years, enrollment weeks are measured Sunday through Saturday.  Consequently, the cumulative totals reported in this snapshot reflect one fewer day than last year.

Here's what the weekly and cumulative tables look like:

Across all 38 HC.gov states (after subtracting Nevada, which split off onto their own exchange platform this year), total QHP selections are still down 5.1% from last year, although on a per-day average, it's only down around 2.5% vs. the 2019 Open Enrollment Period. 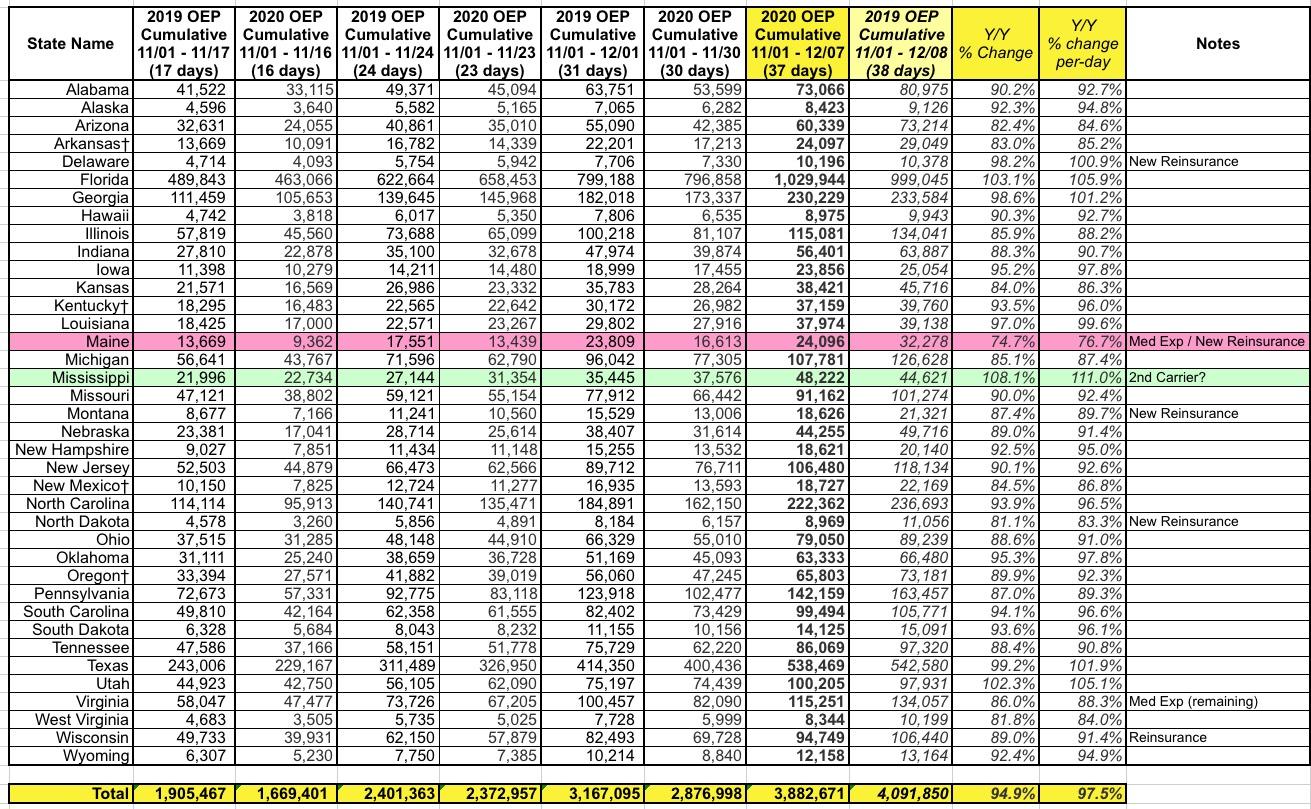 Once again, Maine continues to lag behind all other states on a year over year basis, mainly (hah!) due to their expansion of Medicaid. Also once again, Mississippi continues to lead the field, surpassing last year's QHP selections by 11% on a per-day basis...for reasons still unknown.