The Week 4 HealthCare.Gov Snapshot Report from CMS should be released at any time, covering enrollment in 38 states from Nov. 10th - Nov. 23th.

As a reminder, here's what the Week 3 report looked like: 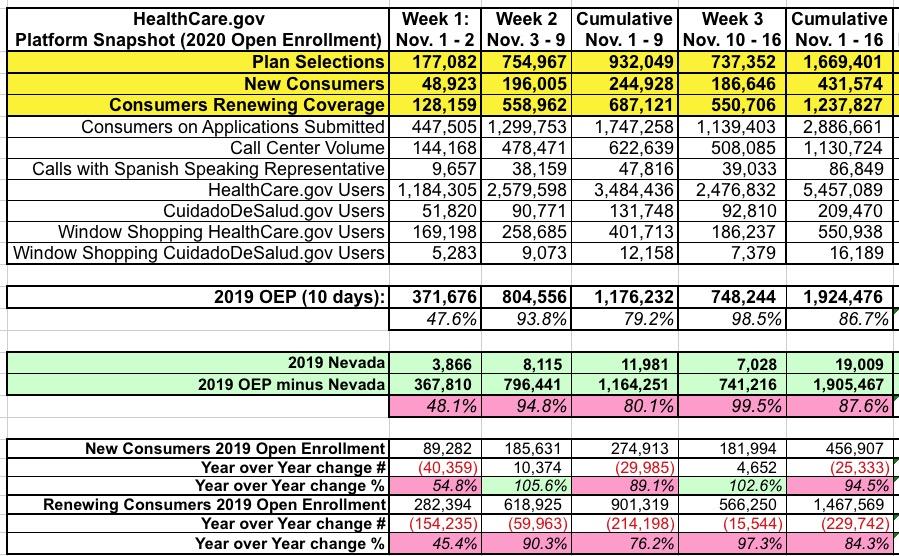 All three of these factors still leave 2020 Open Enrollment around 90,000 short of the same time period last year on HealthCare.Gov.

I originally projected Week 4 to have around 530,000 enrollees, but was reminded that Thanksgiving feel in Week 4 in 2018 but is Week 5 in 2019. There's always a significant drop-off Thanksgiving week, as no one wants to think about enrolling in health insurance on a holiday weekend, but it generally snaps back the following week. With that in mind, I'm going to assume around 750,000 QHP selections between 11/17 - 11/23 on HealthCare.Gov this year.

Check back in a few hours to see how close I was, as well as the state-level and new/renewal enrollee analysis.

UPDATE: Here's the actual report. I was right about enrollments being up significantly for the same week vs. last year, but wrong about by how much: 703,556 QHP selections via HC.gov, which is 41% higher than the same period last year (due to the Thanksgiving factor), but still not as much higher as I was expecting: 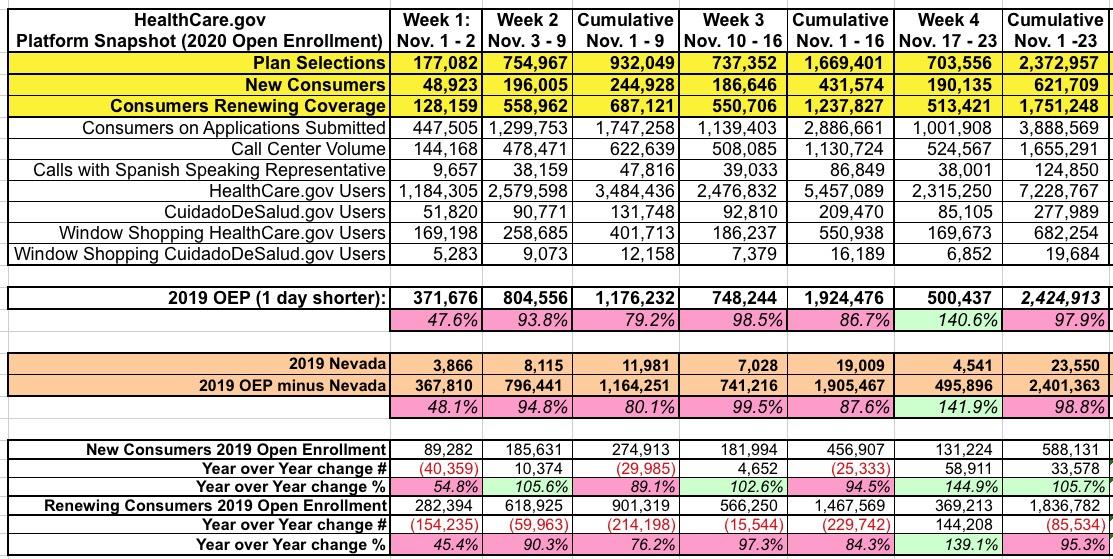 Thanks to the Thanksgiving week discrepancy, cumulative enrollments have officially made up nearly all of the gap from last year. In fact, if you account for the missing 24th day, official HCgov enrollments are now actually ahead of last year so far.

That will almost certainly change next week, however, when the reverse effect will be felt: This year, Thanksgiving will be included in the Week 5 report, which likely means it'll come in a couple hundred thousand fewer than last year's Week 5.

As you'd expect, both new and renewing enrollment numbers are also up significantly over last year...cumulatively, new enrollees are up nearly 6% while renewals are still down almost 5%. Again, expect both of these numbers to drop again when next week's report comes out.

On the state-by-state level, here's what it looks like vs. last year: 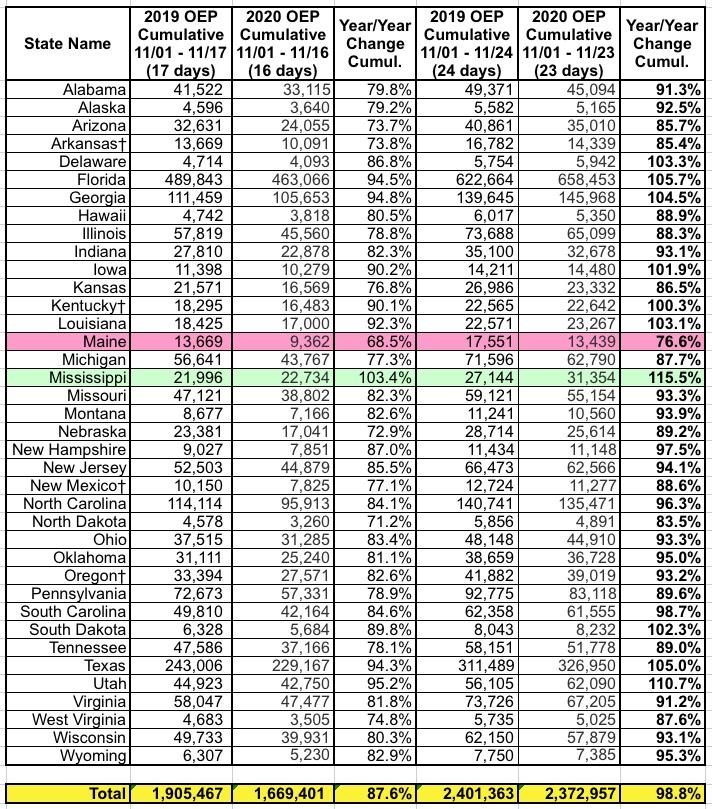