District of Columbia: Hey Mayor Bowser, didn't you forget something?

Residents Must Enroll at DCHealthLink.com by December 15 for Coverage to Start January 1

“If you are a District resident in need of health insurance, there is no better time to find an affordable, high-quality plan,” said Mayor Bowser. “We are proud that the District has been able to build on the Affordable Care Act and ensure every family has access to health insurance and the peace of mind that coverage provides.”

Washington, DC ranks second in the nation among all states for the lowest uninsured rate with almost 97% of District residents covered. This year, DC Health Link has provided health insurance to more than 20,000 residents through the individual marketplace and almost 95,000 people through the small business marketplace.

“We advocate for our customers to have the best possible options at best rates,” said Mila Kofman, J.D., Executive Director of the DC Health Benefit Exchange Authority. “We’ve designed our standard plans to make sure that our customers are able to get the care they need without the financial obstacle of a high deductible.”

DC Health Link is here for residents like Rebecca, who relocated to the District to take the biggest leap of her career. By being able to afford comprehensive health insurance that covered all of her health needs and pre-existing conditions, Rebecca was able to start her own business in her adopted city of Washington, DC. “I’ve now been able to fulfill a lifelong dream of self-employment, one that literally would not have been possible without DC Health Link,” said Rebecca.

There are 25 private health insurance options from CareFirst Blue Cross Blue Shield and Kaiser Permanente for residents to fit all budgets. Twelve of the 25 plans are standard plans that cover many medical services without a deductible – primary care, specialists, mental health and substance abuse, urgent care and generic prescription medications.

Eligible District residents can enroll in a health insurance plan online through DCHealthLink.com, or by calling 855-532-LINK [5465]. Some residents will qualify for reduced premiums. Eligible residents who enroll on or before December 15, 2019 will have their coverage effective January 1, 2020. After that date, plan selections made by the 15th of each month during Open Enrollment will be effective on the first day of the following month. Small businesses – as well as individuals and families eligible for Medicaid – can enroll through DCHealthLink.com throughout the year.

OK, so what's the problem?

Well, as I noted a year ago:

Remember, the point of the mandate is not to add $700+ to the tax burden of a bunch of people; the point of it is to encourage them (detractors would say "goad") into enrolling in an ACA-compliant policy. The more (presumably relatively healthy) people do so, the healthier the ACA market risk pool is...

HOWEVER...what if no one (or hardly anyone)...knows about the penalty still being in place?

If someone who would normally be convinced to go ahead and enroll...with the penalty in place decides not to do so because they think there won't be any penalty for skipping out, guess what? The penalty being there won't make a damned bit of difference, at least in terms of how it impacts the...risk pool.

The press release put out by DC Mayor Bowser yesterday doesn't make even the slightest mention of the District's mandate penalty (official a "shared responsibility requirement").

Perhaps there's an awareness campaign going on throughout DC that I don't know about; if so, then I might be griping without cause...but if you're going to reinstate the mandate, as Massachusetts, New Jersey, Rhode Island, California and DC have done, then the point of doing so is defeated if you don't let people know about it.

On the up side, the DCHealthLink.com website itself is doing better on this front than last year--they used to have the mandate penalty buried about 5 layers deep in the FAQ section. It's been made somewhat more prominent this year...it's still not noted on the home page, but if you click the "Individual & Family" link, there's a "Why Get Covered" link which brings up the penalty/requirement information.

I'd still strongly advise them to put it right up on the home page, though. It's even more important for the individual state exchanges to make it as prominent as possible because the federal penalty has been zeroed out, which means most people think it's gone for everyone and have no clue that it's been reinstated locally. 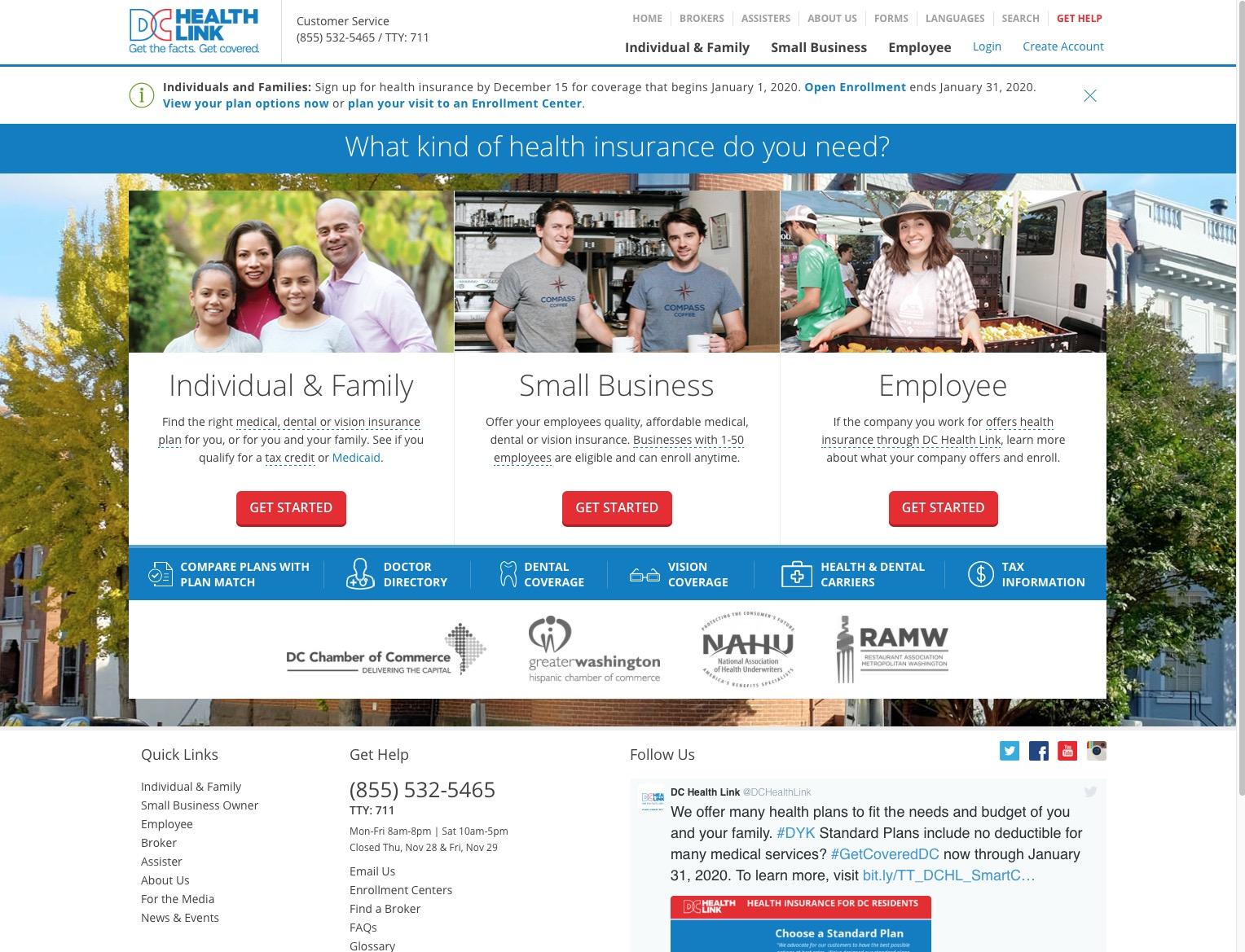 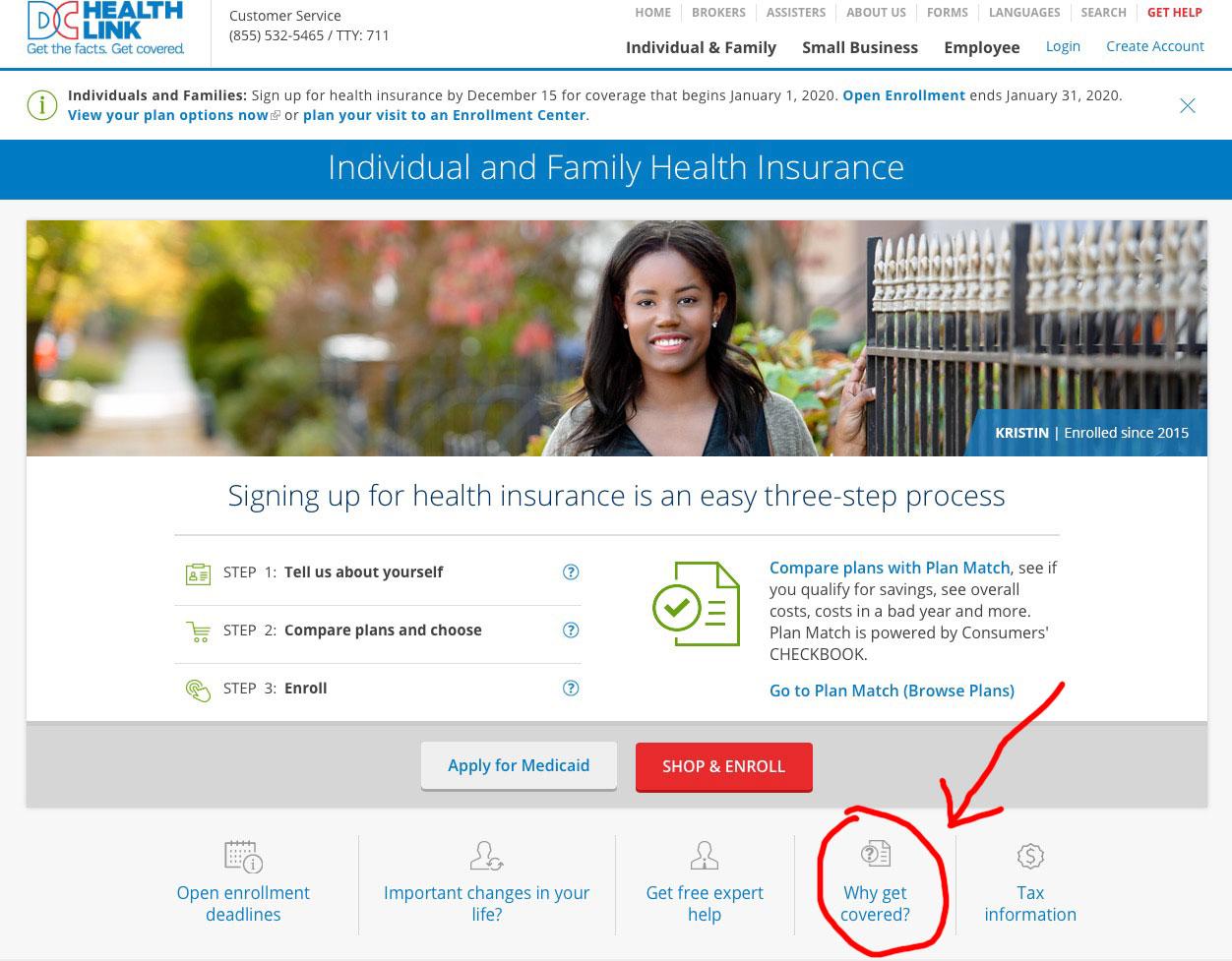 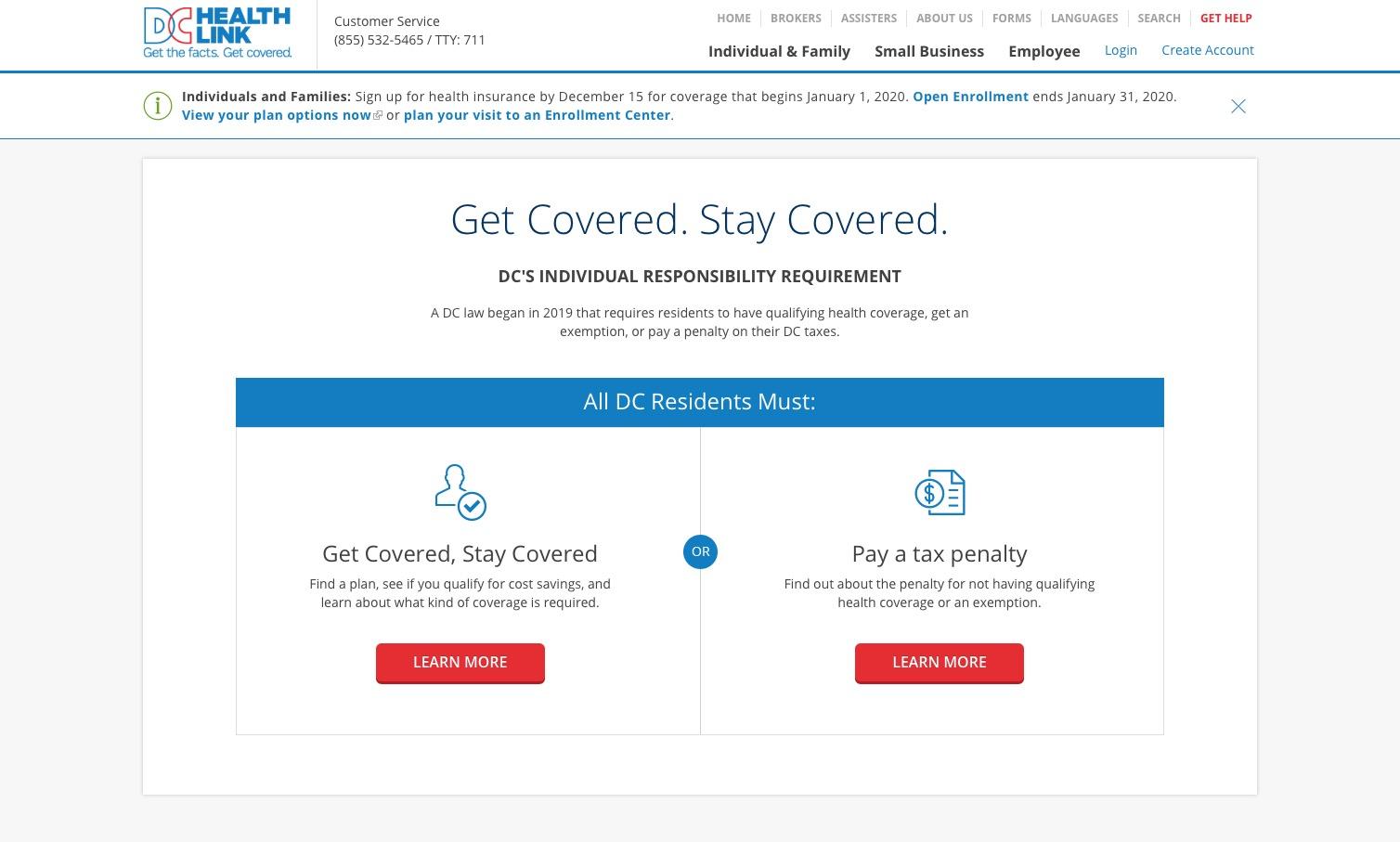