Just hours after explaining what a dramatic impact the nearly-flat average 2020 premium changes are going to have on this year's (and next year's) Medical Loss Ratio rebate payments, I've discovered that rates are going to be increasing even less than I thought nationally.

Back in late May, Virginia was one of the first states to post their preliminary 2020 premium rate filings. At the time, the 10 carriers participating in VA's individual market (one of which is new for 2020) were asking for average increases of 2.9% statewide:

However, "preliminary" is the key word here. Not only do the filings have to be reviewed and signed off on by state insurance regulators, sometimes there are other developments which cause one or more carriers to re-file with either lower (or occasionally higher) rate changes for various reasons. Some requests are approved as is, but in some states there's a lot of back & forth before the final, approved rates are locked in.

Case in point: Check out the updated rate filing summary for Virginia as of July 11th. According to this, rate changes for five of the ten carriers have stayed the same...but the other five have been significantly reduced:

Combined, these changes dramatically reduce Virginia's unsubsidized 2020 rate changes from a 2.9% increase to a 3.6% decrease.

As an aside, I've also gone ahead and plugged in VA's small group market, which is a bit larger than the Individual market; those rates are going up around 7.7% next year. 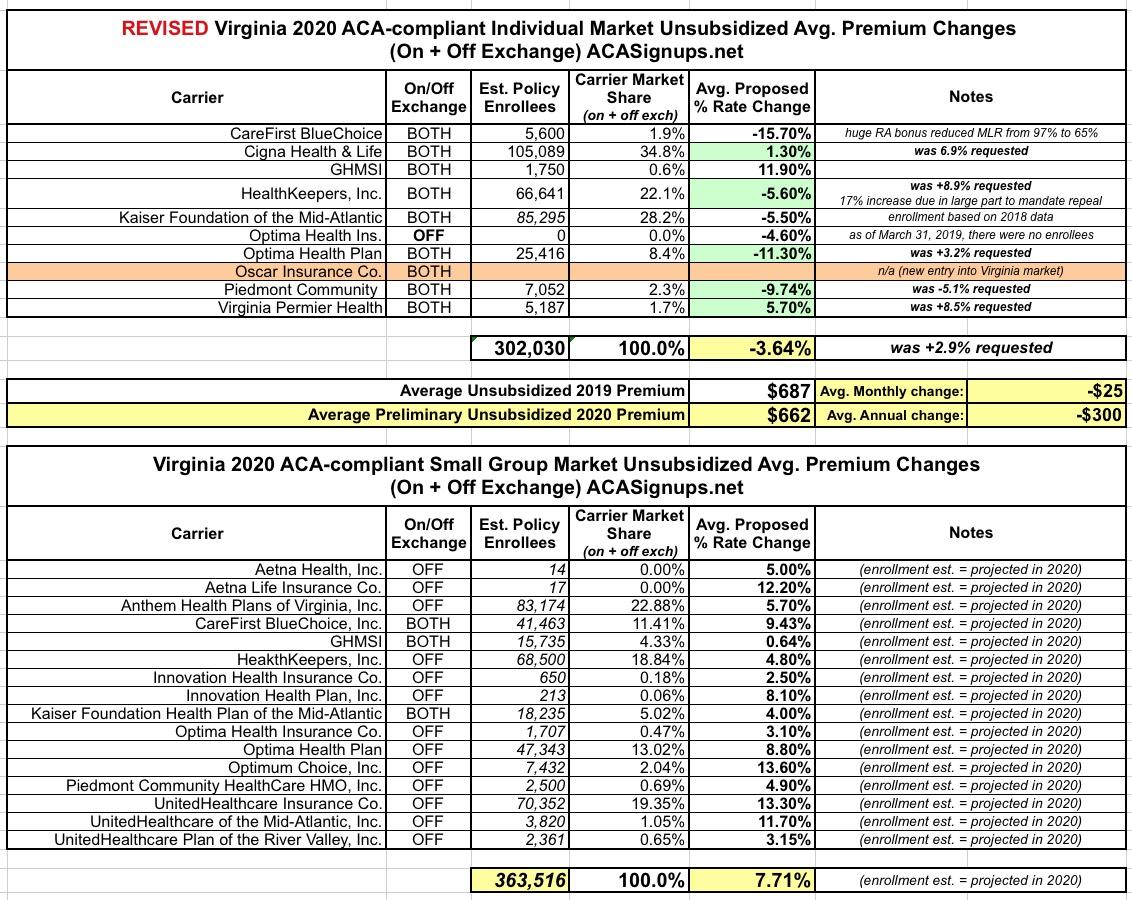