Last year individual market carriers here in my home state of Michigan only raised premiums 1.7% on average in 2019, with Oscar Insurance Co. being a new addition to the market. For 2020, they're reducing average premiums by about 2.0%. Oscar made very little headway in their debut year, only enrolling 649 people statewide.

On the surface, it looks like Michigan's total ACA-compliant individual market has plummeted by a whopping 18% (281K vs. 344K last year). However, this can be misleading because the enrollment numbers listed each year only include the number of enrollees actually impacted by the rate changes. For instance, if a carrier pulls out of half the state, then a chunk of their current total enrollment won't be listed since enrollees in that half aren't seeing their current premiums change...they'll be losing coverage altogether and will have to switch to a different carrier.

That doesn't appear to be happening in Michigan, but there could be other reasons some enrollees aren't listed. ON-exchange enrollment did drop 6.8% in Michigan this year, but OFF-exchange would've had to drop by something like 45% in order for the total market to drop by 18% statewide. This is certainly possible but still seems awfully high to me.

Blue Cross Blue Shield of Michigan continues to hold a commanding 63% of the market (Blue Care Network is BCBSMI's HMO subsidiary). This is actually up slightly from last year, when they controlled 61% of the ACA market. 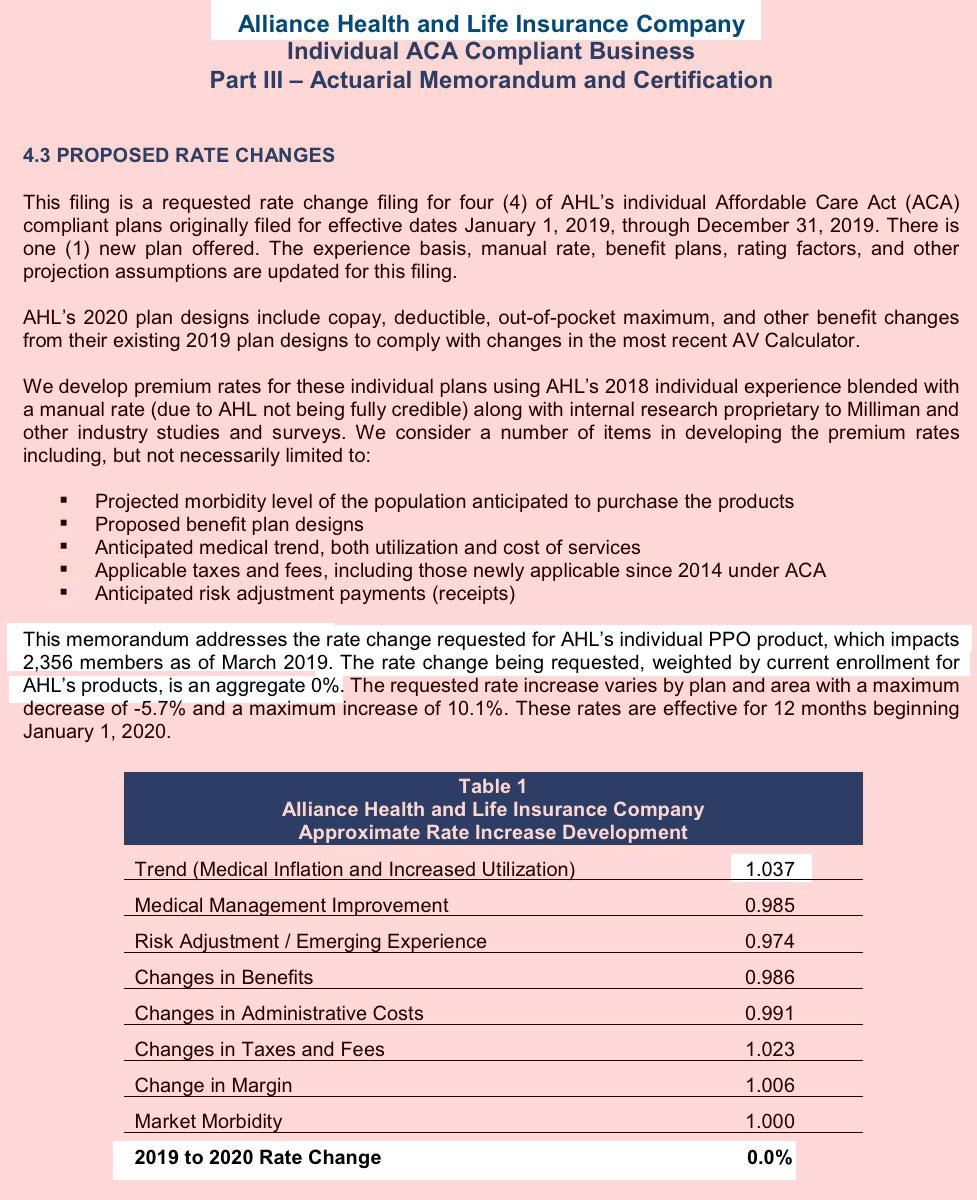 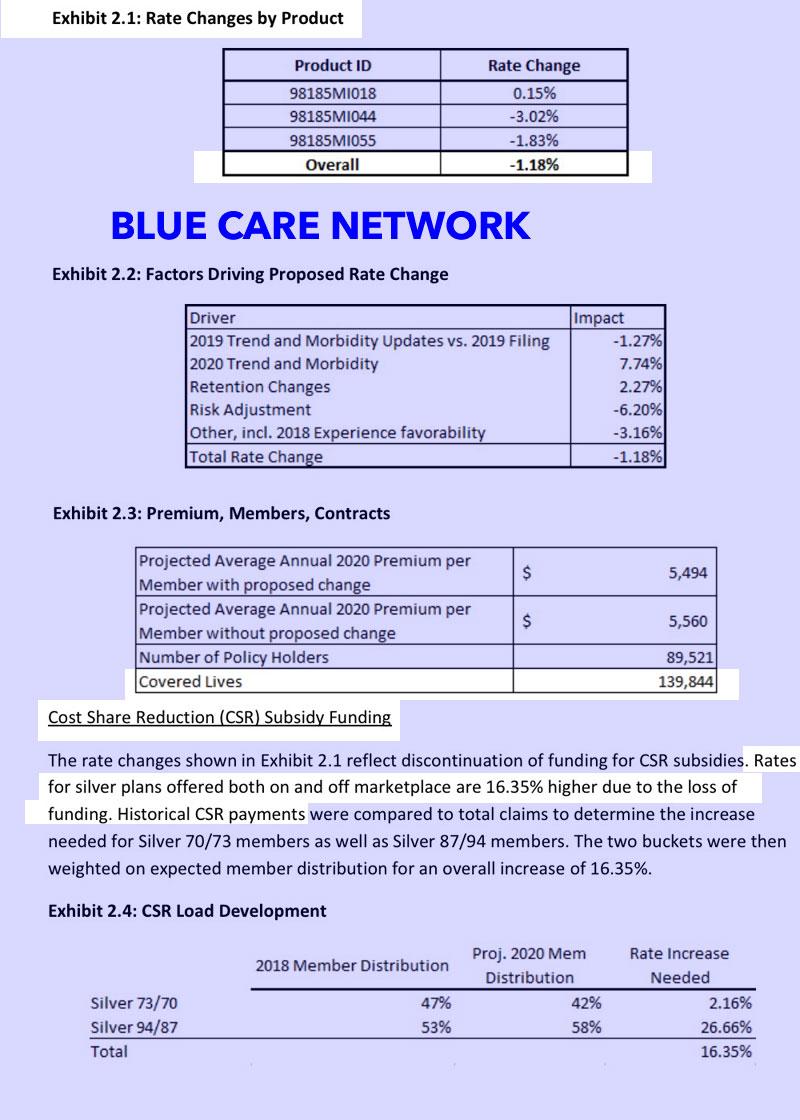 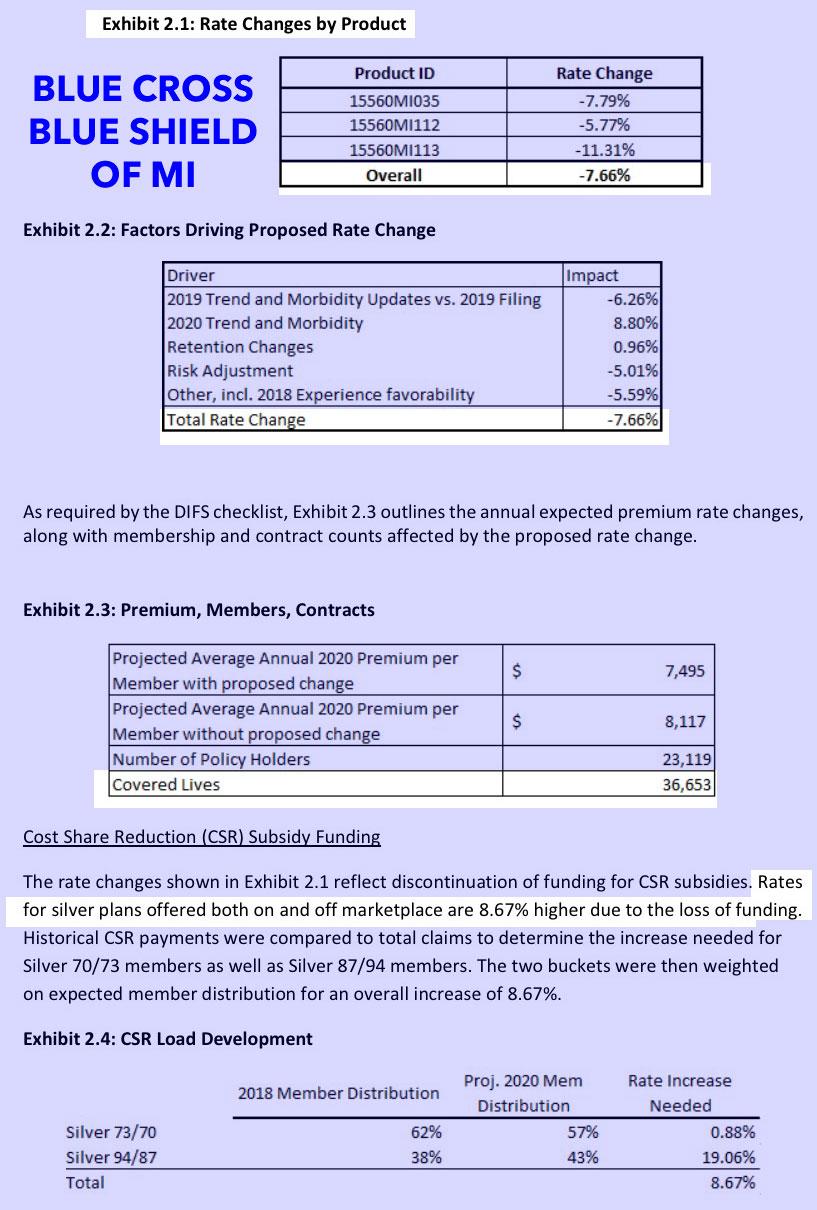 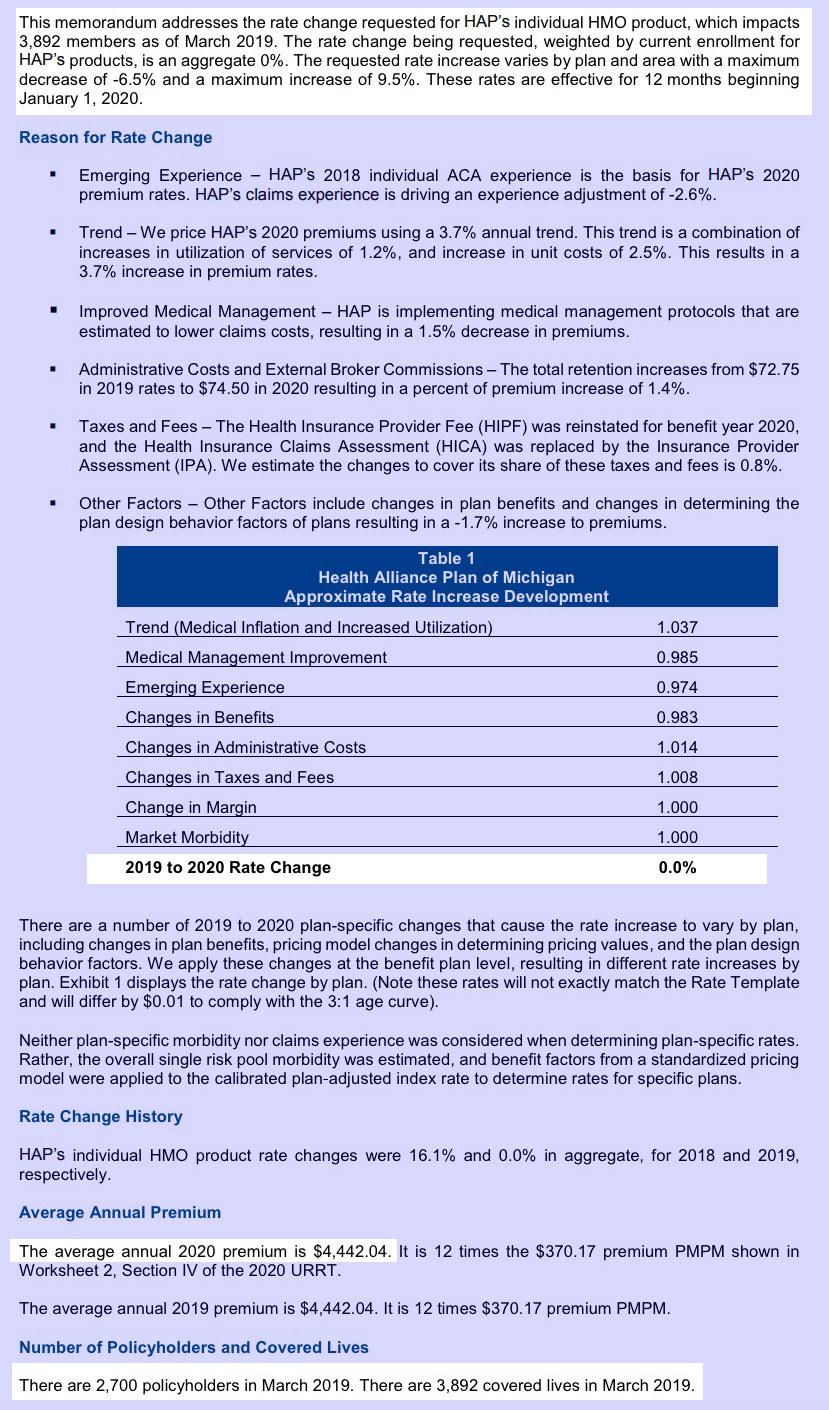 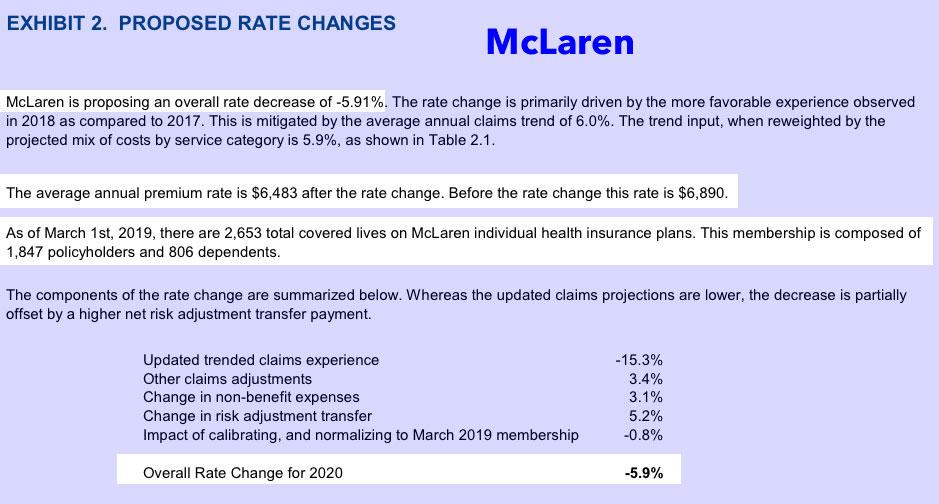 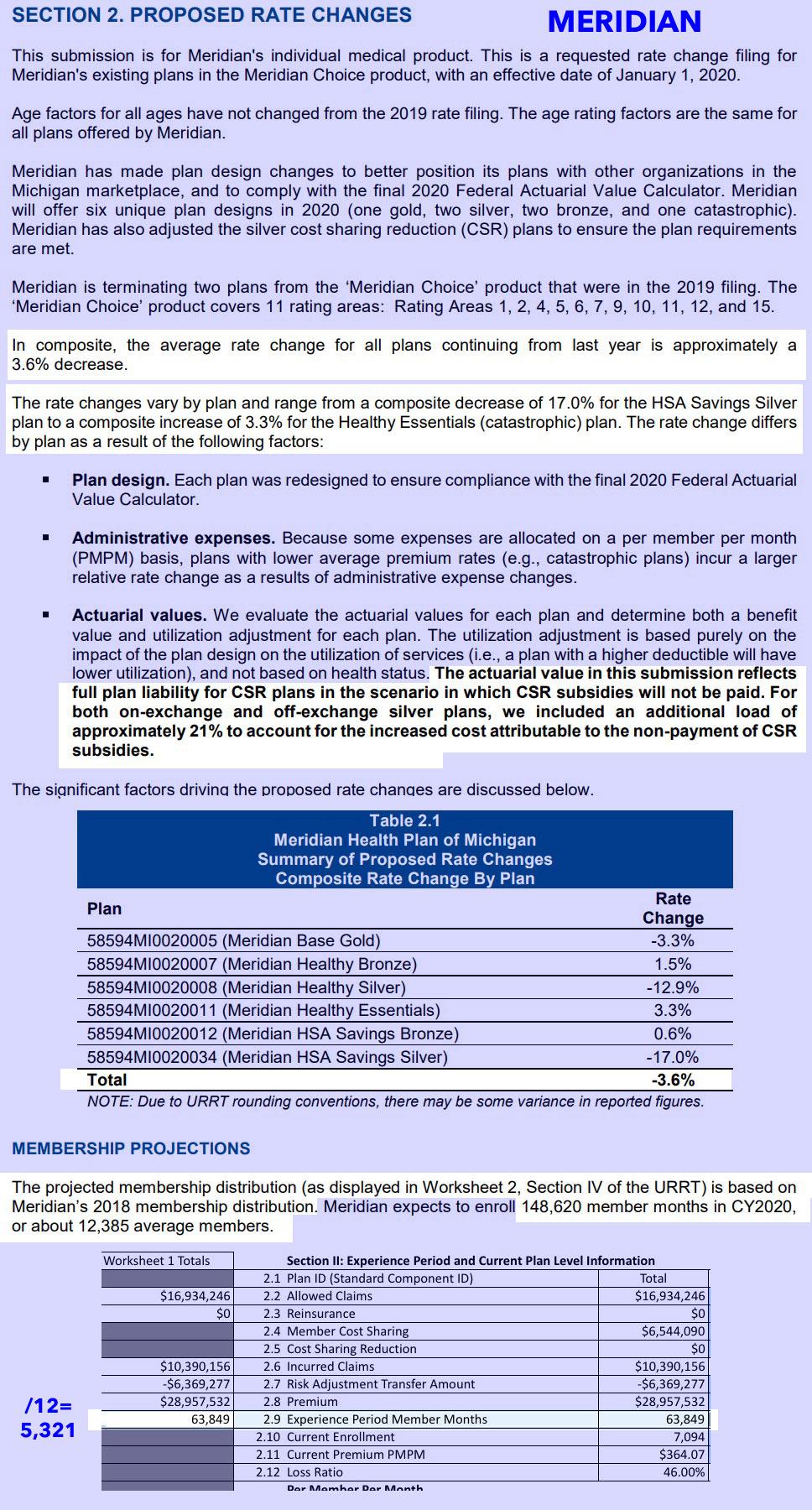 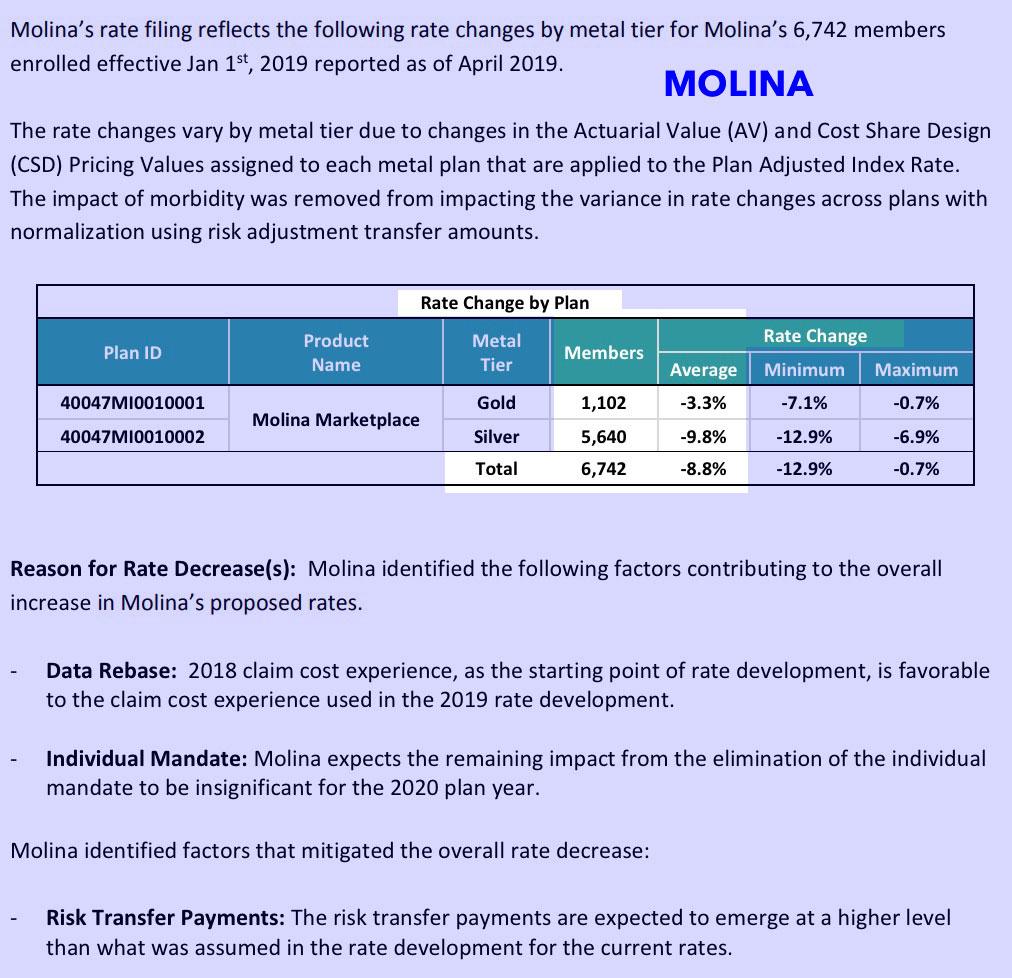 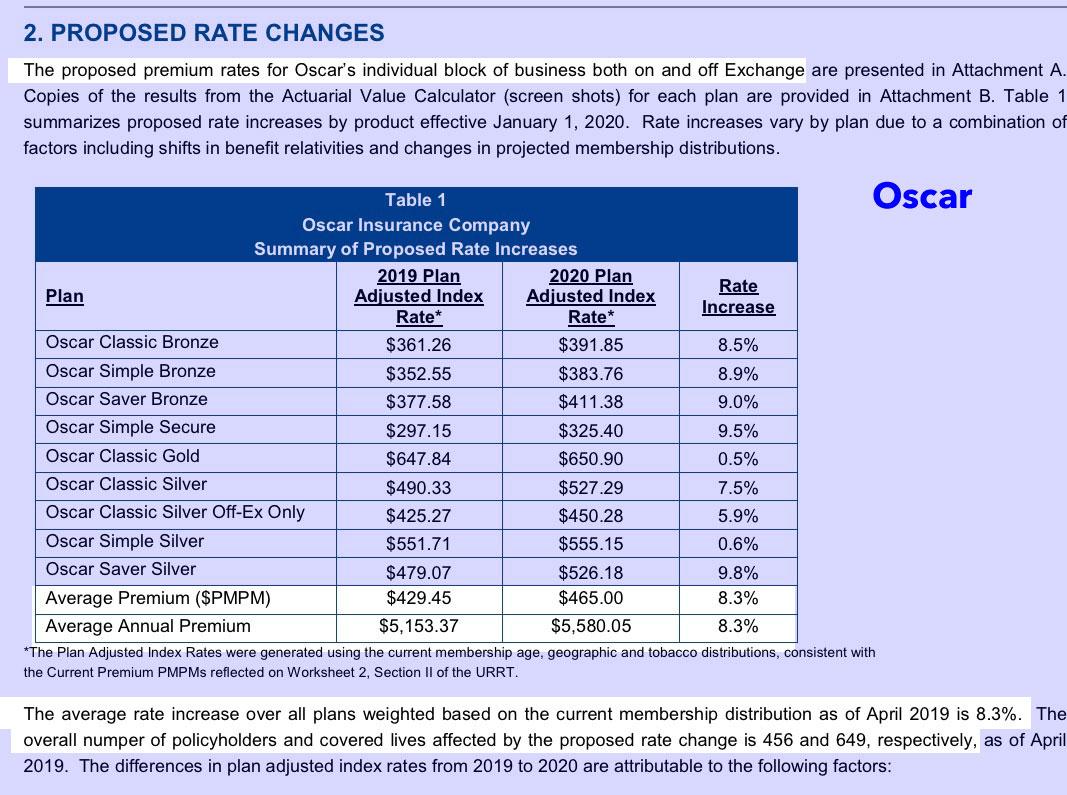 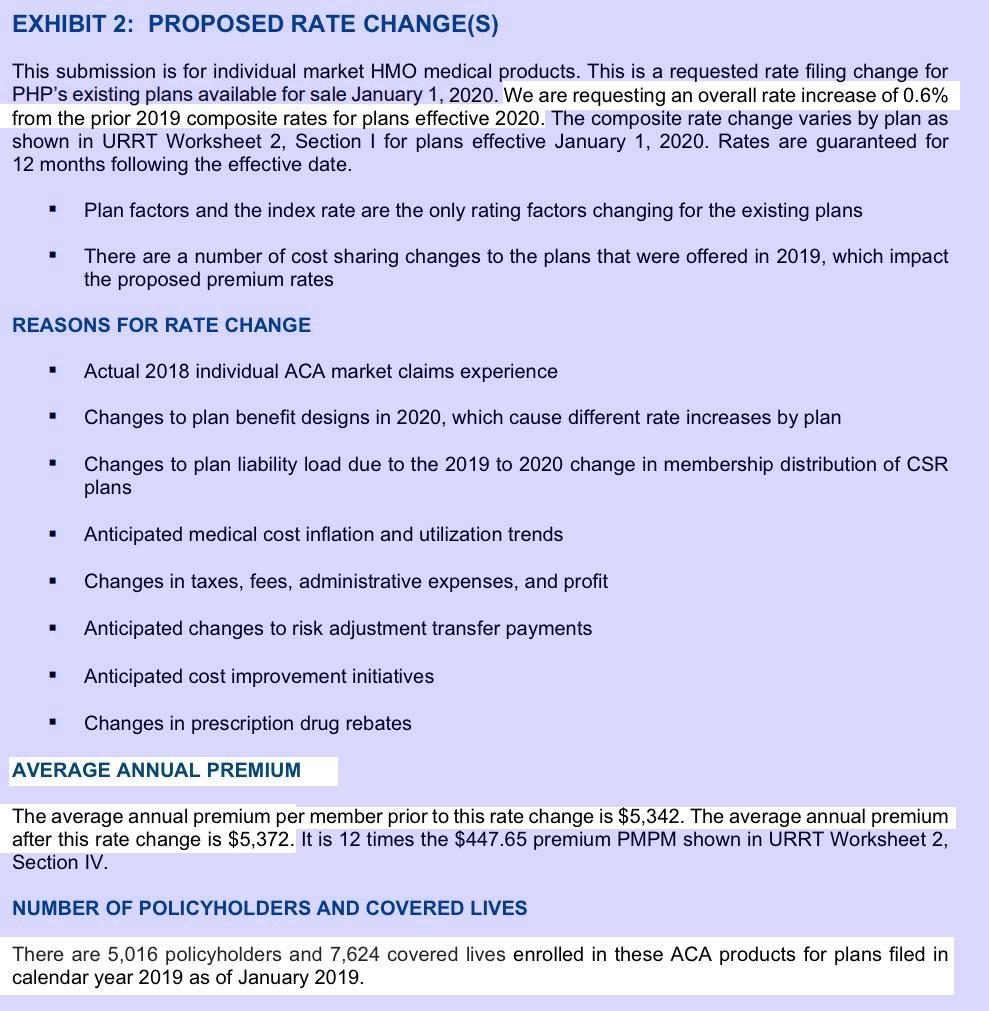 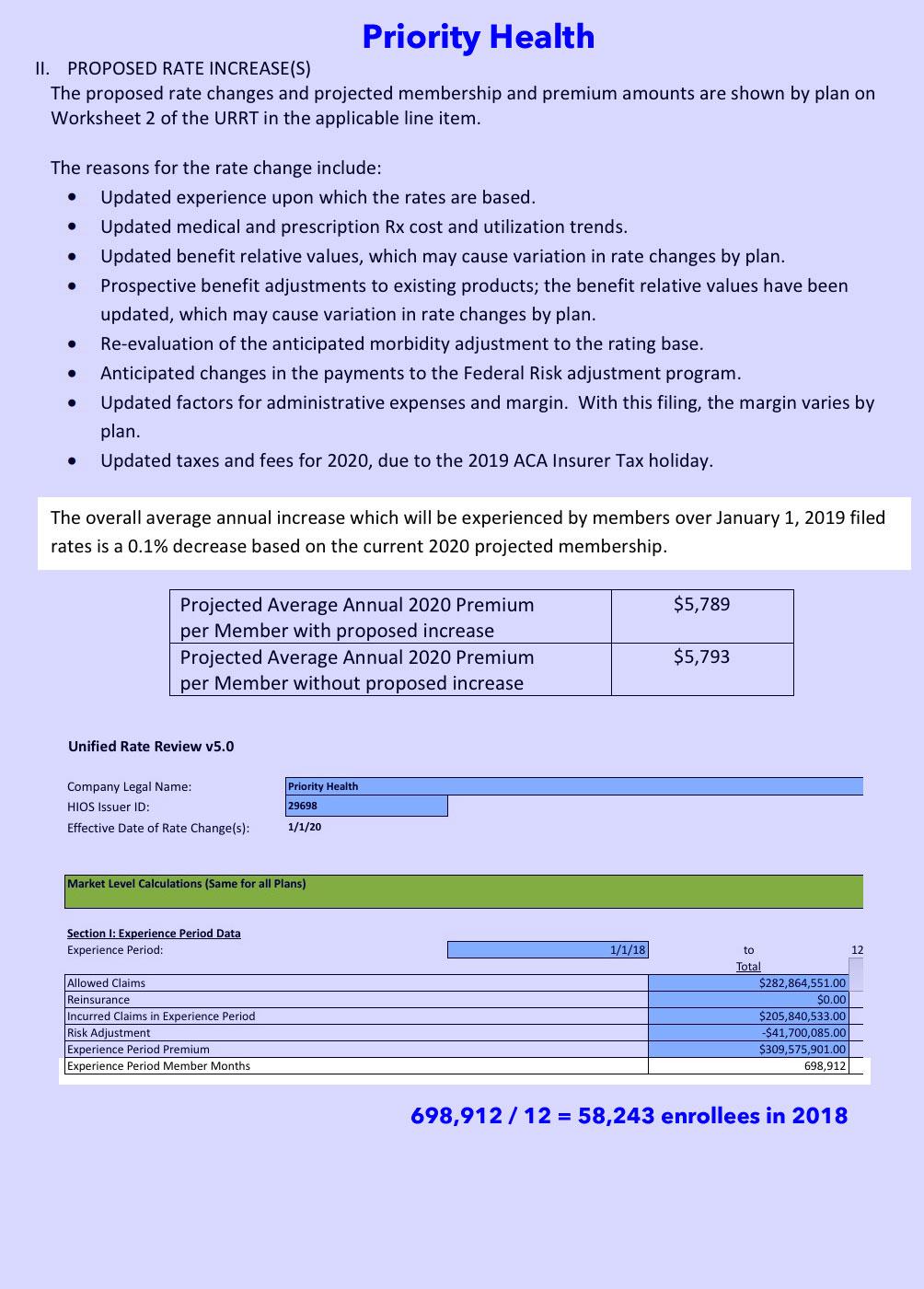 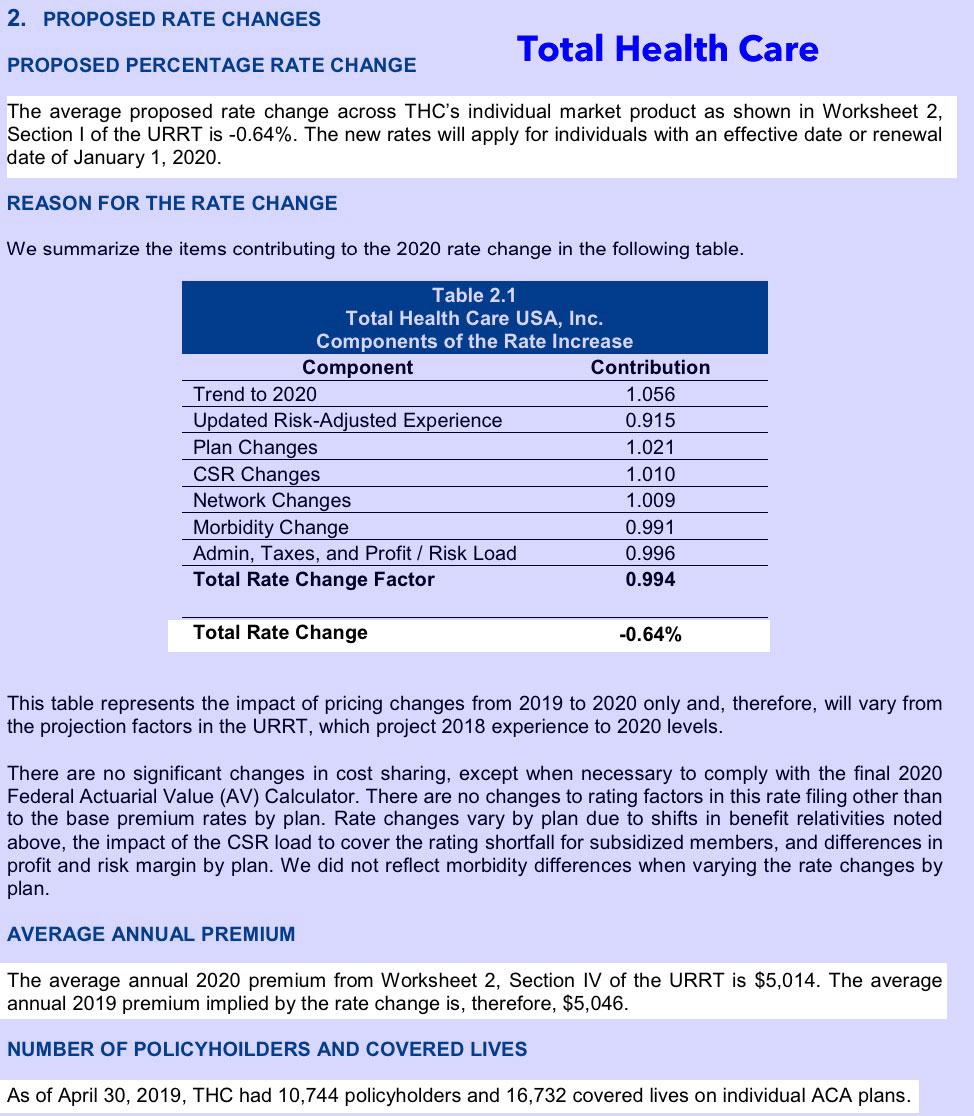