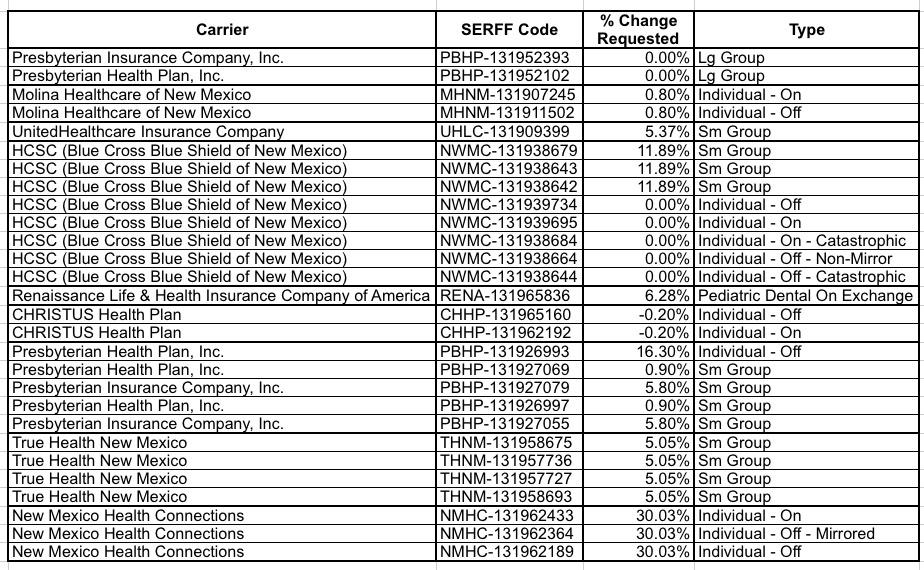 Around 45,000 New Mexicans selected exchange policies during open enrollment this year, though only around 40,000 were likely effectuated. New Mexico's total ACA-compliant individual market is around 55,000 people including off-exchange enrollees.

Unsubsidized premiums average around $483/month in New Mexico this year. Assuming the requested rate changes are approved as is, the average will likely increase nearly 13% next year...with most of this falling on New Mexico Health Connections, which is asking for a disturbingly high 30% rate increase year over year. I haven't really looked into what's going on with them yet, but it's pushing the average way up. Presbyterian Health, which only offers off-exchange policies, is also requesting a pretty steep hike.

As always, keep in mind these are preliminary requests only which could easily be reduced as negotiations between the carriers and state regulators happen throughout the summer and early fall. 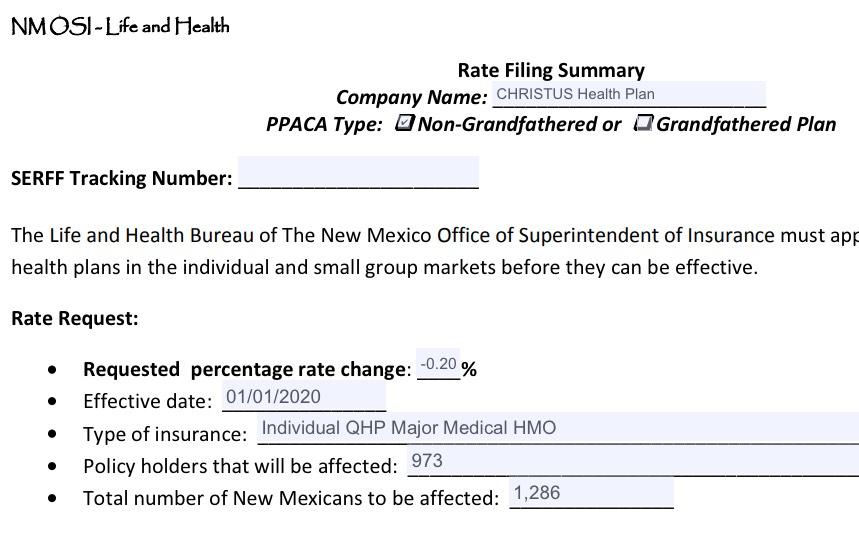 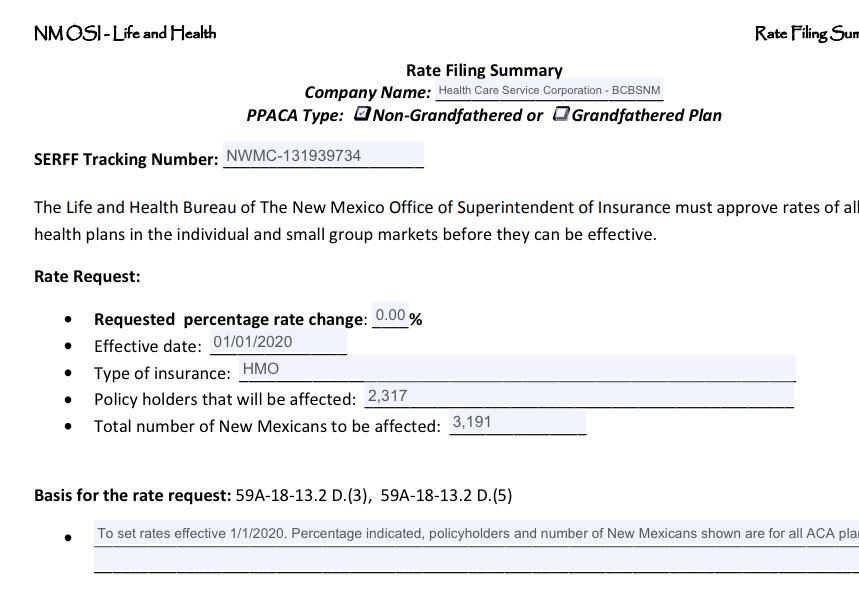 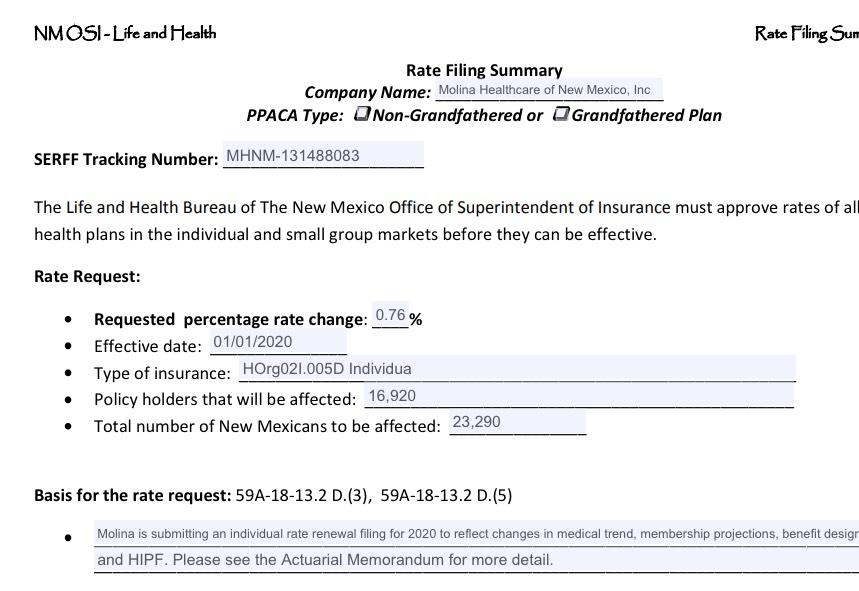 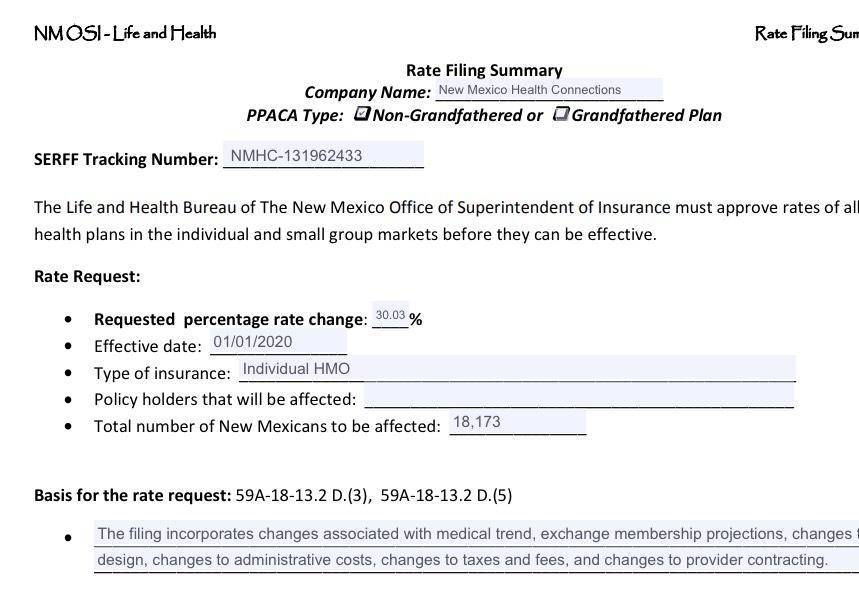 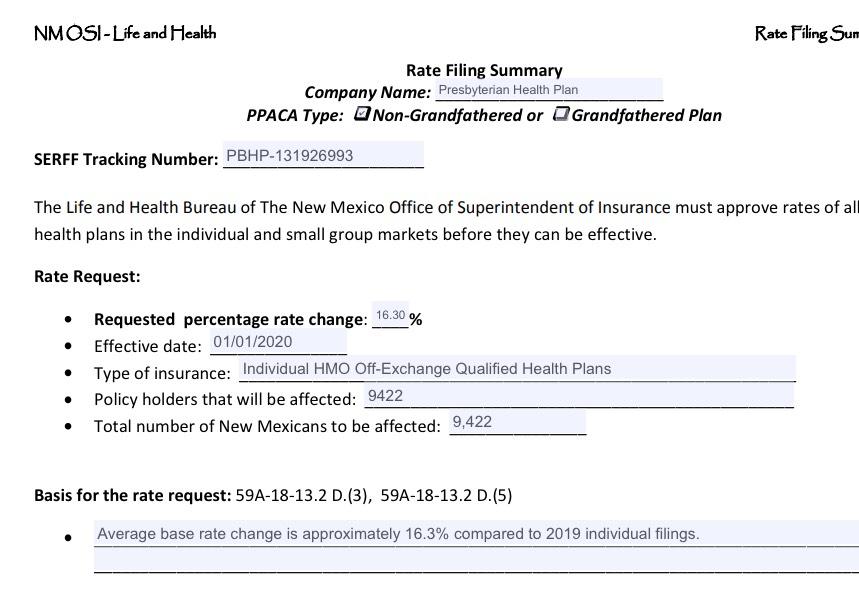