Dear House Dems: Trump wants to reverse himself on CSRs. Reminder: Don't agree without getting a LOT in return

Back in February, I issued a strong warning to House Democrats to proceed with caution when it comes to the prospect of agreeing to reinstate the Cost Sharing Reduction (CSR) reimbursement payments which Donald Trump cut off back in October 2017:

The bottom line is that the CSR funding situation has been nearly completely reversed: Formal appropriation of CSR funding is now something which Republicans should be insisting on, while Democrats should be holding out for something major in return...something the tune of up to $20 billion per year in spending, since reinstating CSRs at this point would actually free up that much money.

In fact, it's conceivable that Trump's (backfired) CSR sabotage could even cost more than that, since that the lawsuits over his CSR cut-off could end up costing the federal government as much as another $12 billion or so per year, although that's probably not likely to actually happen.

What should they be demanding? Easy: Some combination of the following:

I was a bit surprised that the last two items aren't included in this year's ACA 2.0 rollout...but I think that's because committee chairs Pallone, Scott and Neal are well aware of the new CSR reality and are negotiating them separately.

Anyway, since I posted this warning, I've met with a half-dozen members of the House and Senate (or their staff), explaining the surreal CSR/Silver Loading situation and that CSR appropriation in and of itself would actually hurt more people than it's currently helping...and that, therefore, they should sit back and wait for Congressional Republicans to ask for formal appropriation of the funds.

Well, guess what just happened today? (h/t Jordan Weissmann for the heads up); via the Wall St. Journal:

The only thing which surprised me about this development is that Trump himself...the same guy who cut off CSR payments in the first place, stiffing federal contractors for billions of dollars, is the one to pull a 180 and now push to reinstate them. I figured it'd be either Mitch McConnell or Kevin McCarthy...but Trump is known for completely changing his mind within the same sentence, so I guess this makes sense after all.

Peter Sullivan of The Hill fills in more details:

Trump said that he did not understand why the bipartisan proposal that Murray worked on in 2017 and 2018 with Sen. Lamar Alexander (R-Tenn.) had been dropped, according to a Democratic source.

Murray replied that she had been told the White House would veto the measure. Trump replied that he never said that and encouraged Murray and Alexander to resume their efforts, a Democratic source said.

The good news is that while some Congressional Dems may not be up to speed on the situation, Senator Murray and other Dem leaders appear to be on top of it:

...Democrats would also push for different priorities in a bipartisan deal this year. For example, many Democrats view a centerpiece of the original Alexander-Murray bill, known as cost-sharing reductions (CSRs), as no longer necessary, and in fact harmful, given how the market has shifted in the time since Trump canceled those payments in 2017.

Glad to hear it.

UPDATE: A few minutes after Sullivan posted his Hill story, he Tweeted out this:

...with the following statement from Alexander:

"The agreement fell apart at the last minute because Democrats refused to vote for the traditional Hyde Amendment restricting federal funding for elective abortions that Democrats had voted on in every appropriations bill since 1976, and voted for in 100 other places in the same appropriations bill in which we proposed to include Alexander-Murray.

I was extremely disappointed our legislation didn't become law. If Democrats are willing to modify their position on the Hyde Amendment and renew their interest in Alexander-Murray, I would welcome the opportunity to discuss it."

Yeah, see, the thing is, Senator Alexander...the Democrats have finally realized that it's not 1976 anymore, and they don't really need CSR funds that much thanks to Silver Loading, so...try again.

Oh, as for the thumbnail image above, it's from a 40-year old Doonesbury which seems dead-on target when it comes to Donald Trump: 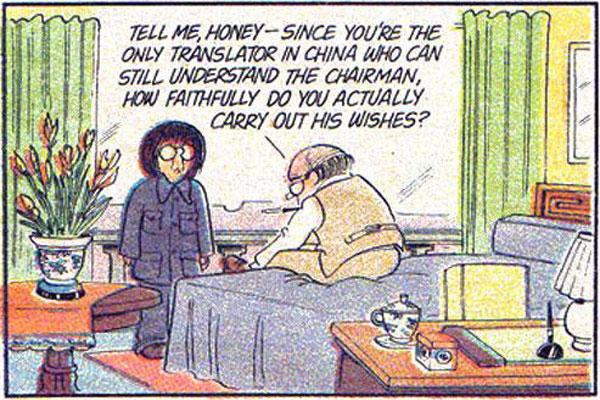 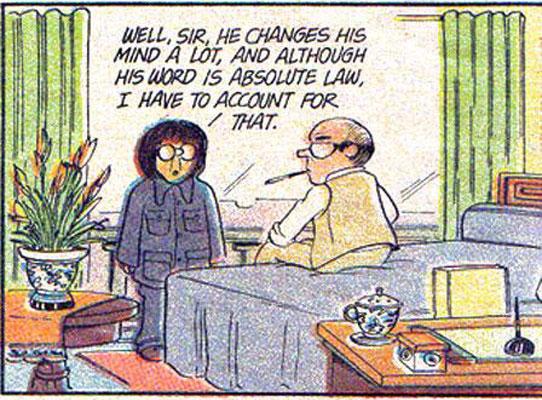 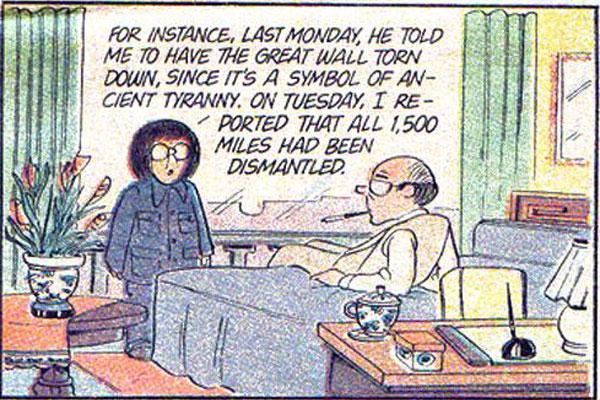 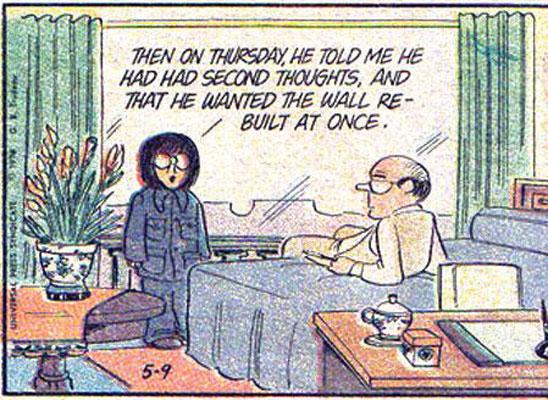 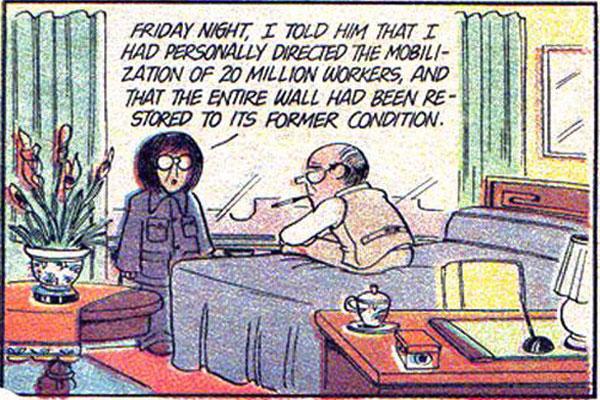 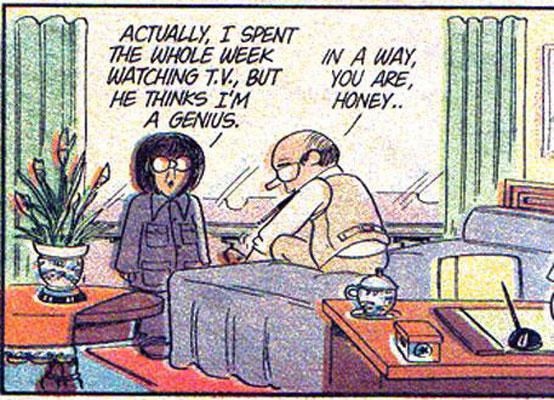