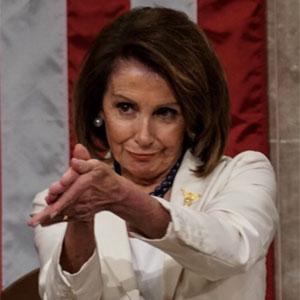 It's been a long time since I last wrote a piece for healthinsurance.org, but the latest chapter in the neverending "GOP attack on the ACA" drama compelled me to do so yesterday.

I left out one tidbit in my latest post, however: There's been a lot of speculation the past two days about the timing of both Trump's DOJ memo formally asking the 5th Circuit Court of Appeals to repeal the entire Affordable Care Act on Monday the 25th and the timing of the House Democrats' ACA 2.0 press conference/bill rollout the very next day on March 26th.

The House Dems announced on Saturday the 23rd that they were scheduling their big ACA 2.0 rollout on Tuesday the 26th.

Some people speculated that Trump may have heard about the press conference and deliberately told the DOJ to release the memo the night before purely out of spite, but that makes little sense. This move is a massive political gift to the Dems anyway, and timing it just ahead of the ACA 2.0 event made the optics even worse, since it's a perfect study in contrast: GOP is tearing your healthcare away, Dems are improving it.

The bill in question--or at least the prior version of it--was actually introduced just over a year ago, and in fact the House Energy & Commerce Committee already held hearings about several of the individual provisions over a month ago, so Nancy Pelosi could have scheduled the formal press conference pretty much any time. The most logical date for the press conference would have been on Saturday, since that was the 9th Anniversary of the Affordable Care Act being signed into law by President Obama.

Yet, instead of scheduling it for the anniversary, the House Dems only announced the press conference on Saturday...scheduling the event itself for three days later, on the 26th.

At first I didn't give this much thought...but after the DOJ memo came out Monday night, I realized something.

Check out the legal timeline for the #TexasFoldEm case in this post by Katie Keith in HealthAffairs back in mid-February:

Also on February 14, the Fifth Circuit denied the intervenor states’ request for expedited briefing. The states had proposed that briefing be completed by May 22 followed by oral argument during the week of July 8. The federal government had not objected to the schedule but the plaintiffs opposed this request. The case will still proceed and, as currently scheduled, the briefing timelines are relatively similar to what the intervenor states proposed: the federal government’s brief will be due on March 25, the plaintiffs’ response will be due on April 24, and reply briefs will be due by May 15.

The intervenor states did not oppose this briefing schedule. However, they urged the Fifth Circuit not to grant delays due to, for instance, competing trial demands and a family vacation already identified by DOJ attorneys. They further asked that the case be given priority on the calendar and that the oral argument be scheduled as soon as possible after briefing was completed.

That's right: The Trump Administration waited until the very last day they possibly could to submit their legal brief on the case: March 25th.

This is pure speculation, but it seems reasonable to me that Nancy Pelosi may have suspected that Trump was going to go for full repeal in that brief and deliberately delayed the big ACA 2.0 press conference by three more days in order to time it perfectly.

I could easily be wrong, in which case it really was just a weird coincidence. If I'm right, however, Speaker Pelosi is a more brilliant strategist than I already thought.

Then again, it might also just have been that March 26th was also her 79th birthday...