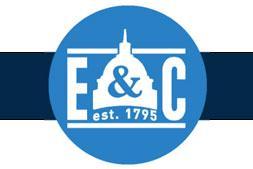 I noted last week that Congress held not one, not two but three full hearings regarding various ACA-related issues, at which a couple of friends of mine testified (and a couple more were on the other side of the microphone, as sitting members of Congress).

Well, prepare for another one tomorrow (Wednesday, February 13th):

Here's my explainer of the Trump Administration's complete perversion of the 1332 rules  which would allow them to gut ACA consumer protections and the subsidy formula without having to actually pass GOP legislation.

As you may recall, in the fall of 2017 the Trump Administration slashed the marketing and advertising budget for HealthCare.Gov by 90% while also slashing the navigator/outreach budget by about 40% (and another 40% or so in 2018). This bill would require them to restore that funding and to actually use it for that purpose (as opposed to in-house propaganda videos attacking the ACA, I believe).

One of the shortcomings of the ACA is that it didn't do much to curtail the proliferation of so-called "Short-Term, Limited Duration" non-ACA compliant healthcare policies...otherwise known as "junk plans" since in most states they don't include any ACA consumer protections and can discriminate against those with pre-existing conditions. President Obama nipped this in the bud by having HHS issue an executive order restricting "STLDs" to only 3 months per year (thus keeping them "short term") and not allowing them to be renewed within the same year (thus keeping them "of limited duration").

Unfortunately, the Trump Administration reversed that executive order and is pushing the other way, to try and flood the market with STLDs. This active encouragement, combined with the repeal of the ACA's individual mandate to buy only ACA-compliant coverage, puts millions of people at risk of enrolling in risky junk plans and financial ruin. HR 1010 would apparently codify President Obama's prior order into law (technically it just prevents Trump's reversal order from going into effect, presumably leaving the previous XO by President Obama as the last word on the issue...I'd be much happier if it actually codified the 3-month/no-renewal restrictions directly, but this is still better than nothing).

This piggybacks onto the prior #ShortAssPlan restriction bill; if someone is going to enroll in a junk plan, they should at least be given fair warning about the risks.