What's the status of "Blue Leg" ACA Protections in YOUR state?

In light of the flurry of state-level legislation locking in ACA protections in New Mexico and Maine over the past few weeks, this seems like a good point to check in on other states as well.

One more time: Here's what the ACA's "3-Legged Stool" looks like as of March 2019. The Trump Administration and Congressional Republicans tried to sabotage the Green Leg by cutting off Cost Sharing Reduction reimbursement payments...but the insurance carriers mostly cancelled this out by Silver Loading. The end result of this is that the federal government is actually shelling out up to $20 billion more in APTC subsidies per year, more than cancelling out the $10 billion or so they're saving in unpaid CSR costs (and they may still have to pay that as well anyway!)

The Trump Administration and Congressional Republicans sabotaged the Red Leg by repealing the Individual Mandate Penalty, which caused premiums to shoot up around $580 per unsubsidized enrollee...but for subsidized enrollees, this had little impact since federal tax credits simply increased to match the difference (to the tune of around $5 billion more per year).

As for the Blue Leg, the Trump Administration has sort of sabotaged it indirectly by opening up the floodgates on non-ACA compliant #ShortAssPlans and by the proposed regulatory changes which would weaken ACA protections...but so far those protections have held. The biggest existential threat to them remains the ever-looming #TexasFoldEm lawsuit, which (if ultimately successful) would either chop off most of the Blue Leg or simply wipe out the entire ACA altogether: 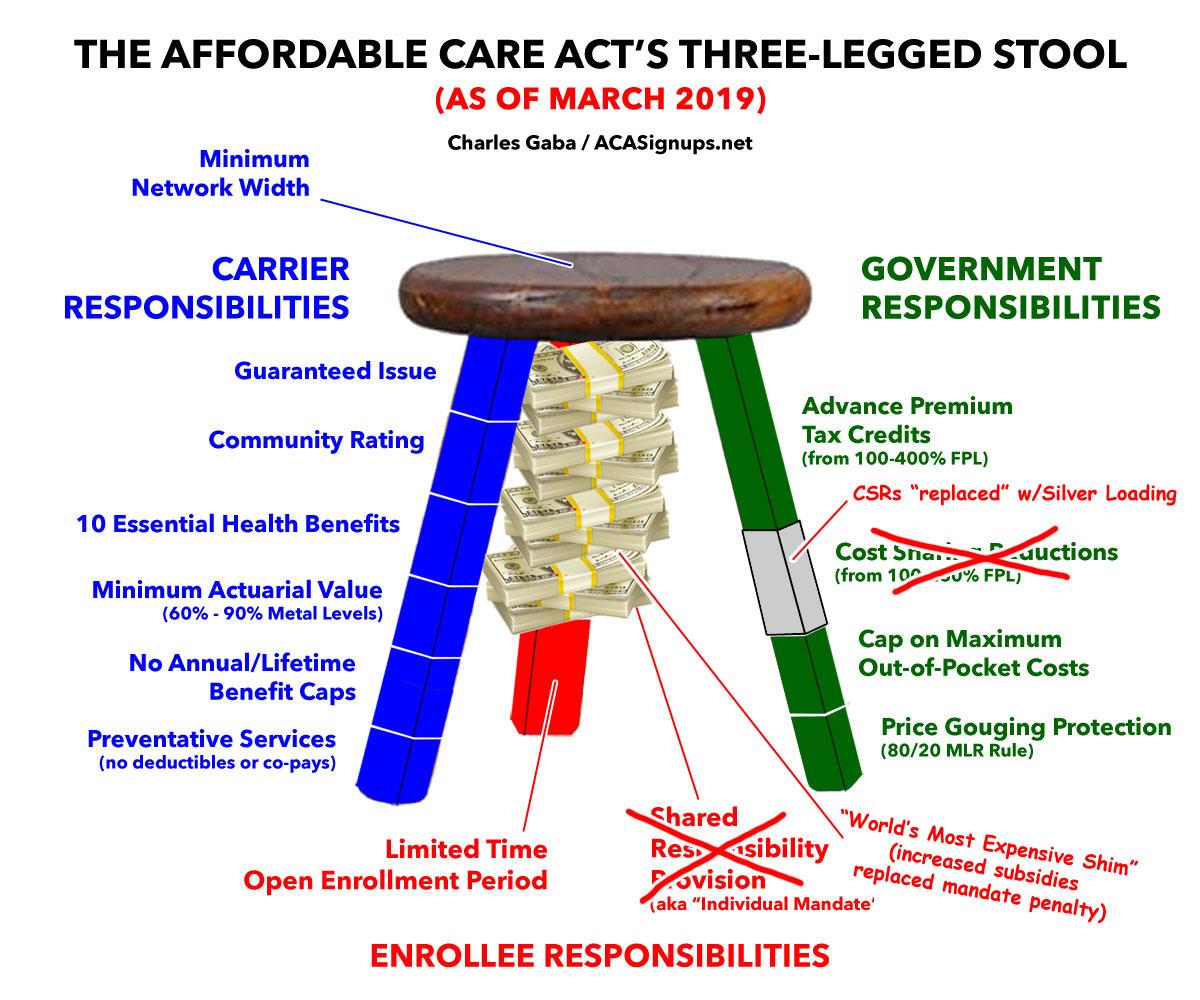 Last August, the Commonwealth Fund published an important analysis which broke out the status of the Big Three ACA protections on a state by state basis as of that point. At the time, there were 18 states which locked in at least one of the three, and eleven which locked in two of them. Obviously it needs to be updated, but here's what it looked like as of last August.

I've modified it to include the Maine and New Mexico laws, and have also added two more columns: One on the Annual/Lifetime Limit prohibition (which is mostly blank for now since I don't know the status in most states); the other is for states allowing adult children to stay on their parents plan until they turn 26 years old. This data comes from a 2014 abstract in the Journal of Health Economics by Marcus Dillender: 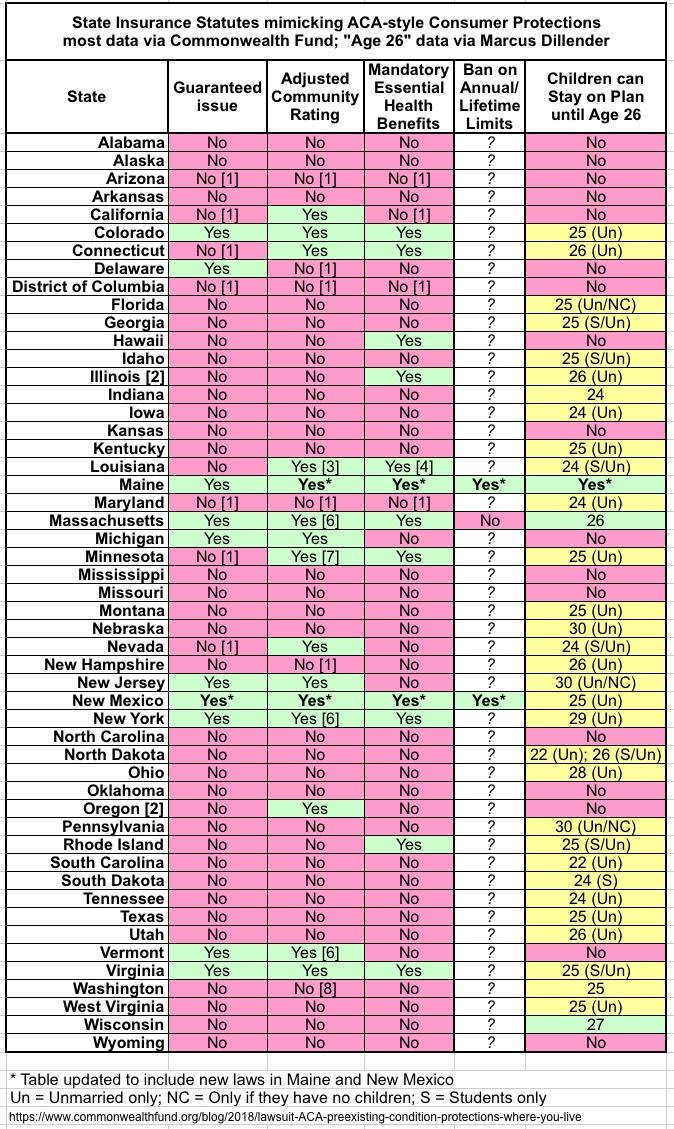 There's a bunch of footnotes/disclaimers for various states in the first three columns, but you'll have to visit the actual Commonwealth Fund analysis for a full explanation of those. I'll update this table as I find out more details on the status in various states.