...Even apart from that, the sheer reckless irresponsibility is hard to overstate. The notion that you could gut the entire ACA and not wreak havoc on the lives of millions of people is insane. The Act  is now part of the plumbing of the health-care system. Which means the Trump administration has now committed itself to a legal position that would inflict untold damage on the American public.

And for what? Every reputable commentator — on both the left and the right — thinks that Judge O’Connor’s decision invalidating the entire ACA is a joke. To my knowledge, not one has defended it. This is not a “reasonable minds can differ” sort of case. It is insanity in print. 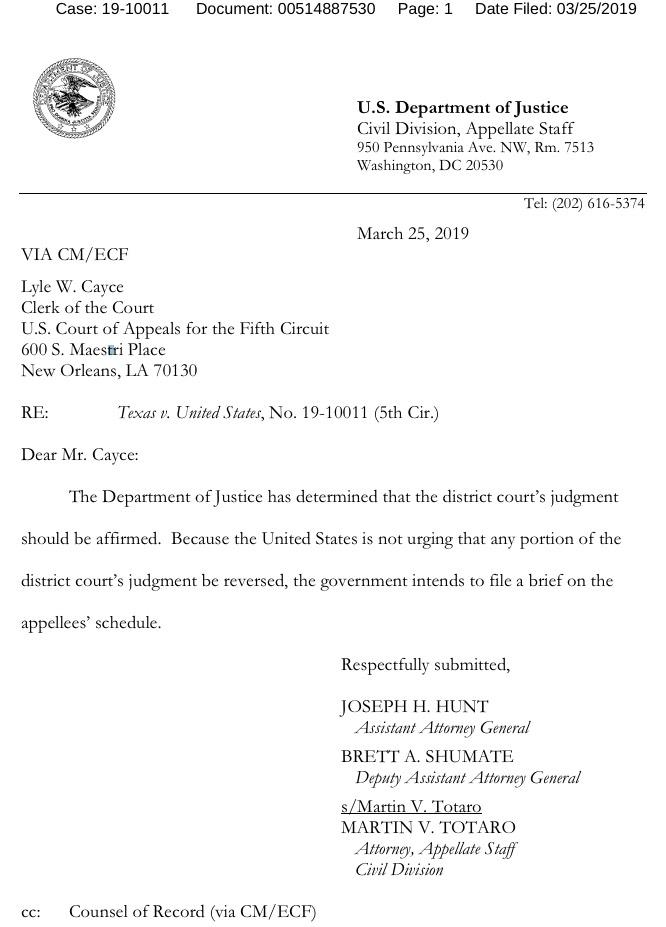 Here, yet again, is the entire argument being used by the Republican Party in the case: "Because we chose to sabotage part of the law, that means we get to wipe out the rest of the law." Seriously, that's their whole case. 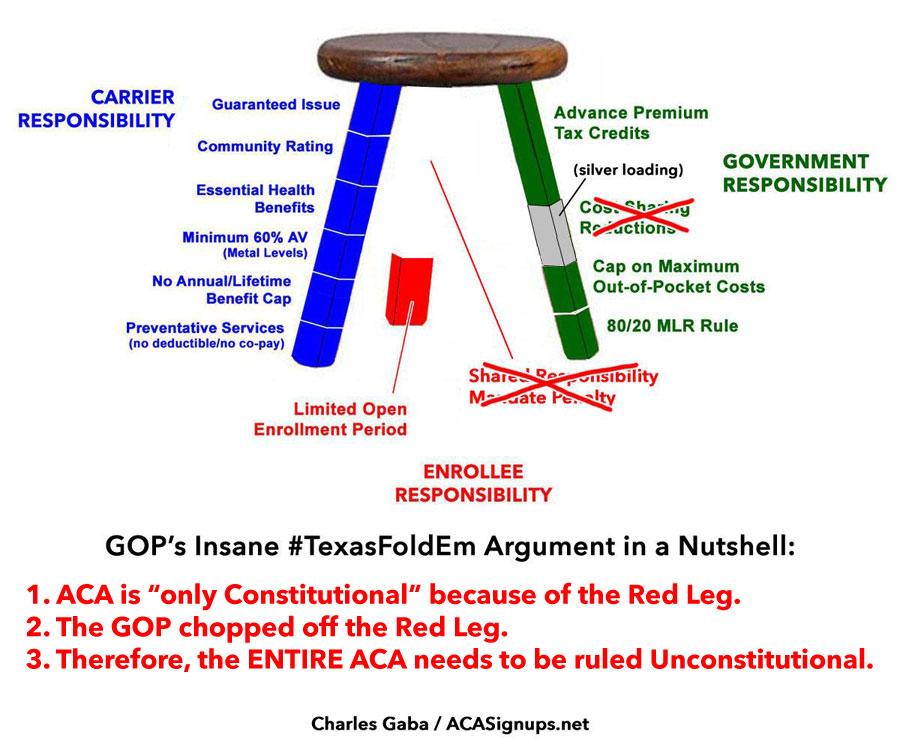 One More Time: If the entire ACA were to be repealed:

Speaker Pelosi has chimed in...ironically on the very eve of House Democrats rolling out a major ACA upgrade package, too. In fact, it's entirely possible that Trump's DOJ timed this letter specifically to coincide with tomorrow's ACA 2.0 event, though I fail to see how that would be smart timing for Trump:

Washington, D.C. – Speaker Pelosi issued this statement after the House of Representatives filed its opening brief earlier today in the U.S. Fifth Circuit Court of Appeals as an intervenor in the Texas v. U.S. health care lawsuit:

“Tonight in federal court, the Trump Administration decided not only to try to destroy protections for Americans living with pre-existing conditions, but to declare all-out war on the health care of the American people.

“On the very first day that the Democratic Majority held the gavel, the House of Representatives voted to intervene against Republicans’ monstrous health care lawsuit to defend people with pre-existing conditions and the health care of all Americans.  While the Trump Administration broadens its monstrous ambitions from destroying protections for pre-existing conditions to tearing down every last benefit and protection the Affordable Care Act provides, Democrats are fiercely defending the law of the land and protecting all Americans’ health care.

“Democrats will continue to fight relentlessly to protect people with pre-existing conditions and to deliver lower health costs and prescription drug prices for every American.”