Overall, this means a nominal statewide average increase of just 1.9%, which is good news...except, of course, that there's still the sabotage factors baked into the mix (Cigna, which olds about half the market share, specifically calls out both the mandate repeal and #ShortAssPlans factors in their filing letter below). Taking the Urban Institute's projection of an 18.3% rate increase impact and knocking 1/3 off of that gives an ACA sabotage factor of 12.2 percentage points.

If accurate, that means that without the mandate being repealed by Congressional Republicans and Short Term/Association Plans being expanded by the Trump Administration, Missouri premiums would be dropping by about 10.3% next year.

Average ACA-compliant premiums are around $644/month in Missouri this year, so that means an effective $79/month sabotage tax, or $943 per enrollee. 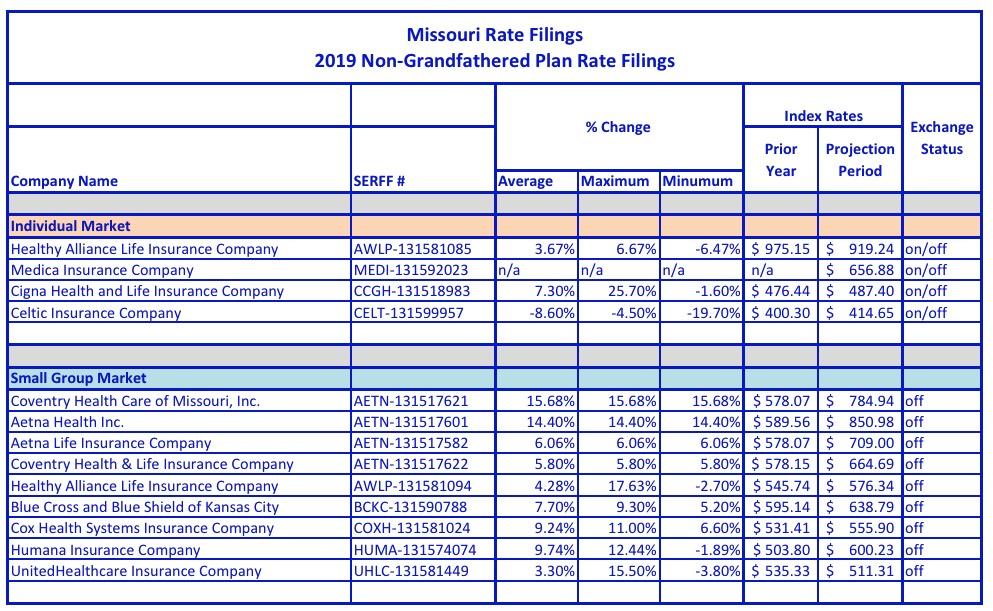 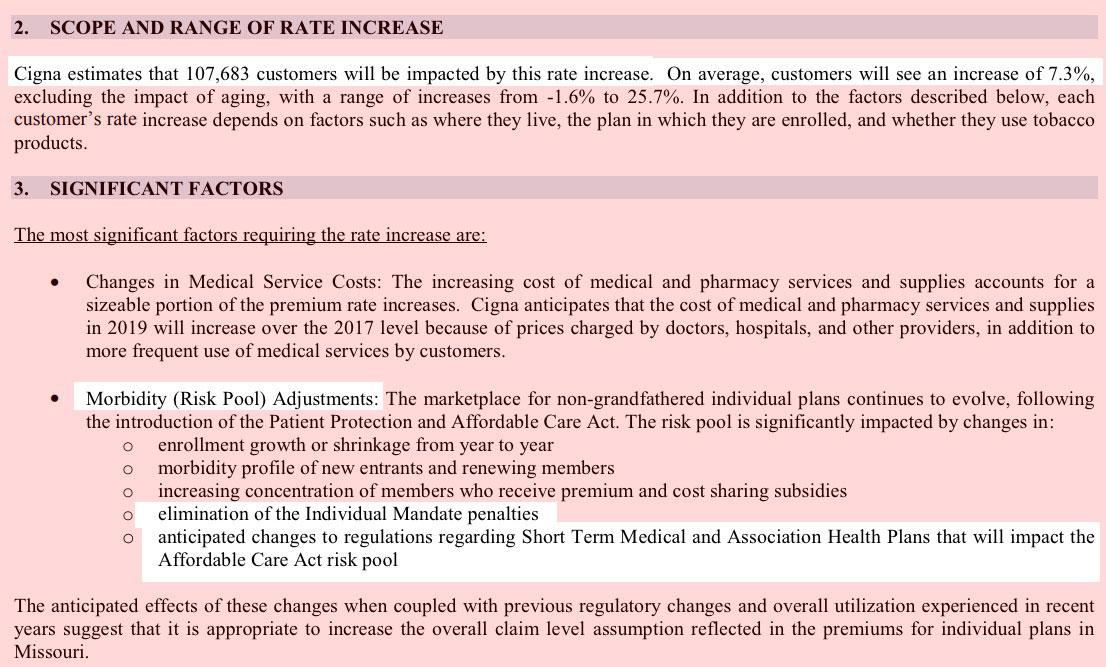 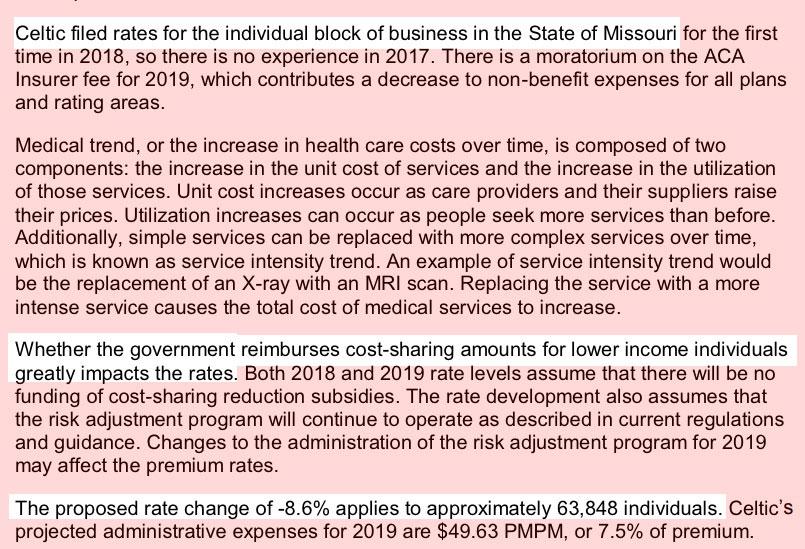