Florida: Preliminary 2019 rate change: 8.8% INCREASE including #ACASabotage instead of ~2.5% DECREASE without it

Florida is the 3rd largest state in the country, but has nearly the same number of ACA-compliant individual health insurance policy enrollees as California (around 2.0 million people if you subtract out grandfathered and transitional enrollees, vs. California's 2.1 million) even though Florida's total population is only 53% of California's (about 20.9 million vs. 39.5 million). Put another way, nearly 13% of Florida's non-elderly population is enrolled in the individual market, which is about twice as high as the natoinal average.

Add to this the fact that Florida is also the largest swing state politically, and people will be watching Florida's ACA exchange/premium situation very closely this fall.

I should note that while there were also 9 carriers listed on FL's individual market last year, one of them ("Freedom Life") was pretty much a "phantom carrier" without any actual enrollees. This has been swapped out for a new addition to the Florida market: Oscar Health, which is also expanding into several other states next year.

On the one hand, 8.8% seems "reasonable" compared to this year's crazy 44.7% average unsubsidized rate increase (which itself was mostly caused by last year's sabotage efforts by Donald Trump, primarily his cutting off of Cost Sharing Reduction reimbursement payments). However, it's important to keep in mind that this year's sabotage factors will still cause 2019 premiums to cost considerably more than they would otherwise.

How much more? Well, unfortunately, the actual filings themselves aren't available; even the FLOIR "Advanced Search" option is mostly useless because pretty much every document is protected under Florida law as a "Trade Secret". As a result, I don't know the market share of each individual carrier or what the average rate increase requested by each carrier is or what portion of that increase is due specifically to the ACA individual mandate being repealed or the expansion of short-term/association plans.

That means I'm again left with the Urban Institute's analysis from March, which projected these sabotage factors would tack on about 16.9 percentage points to Florida carrier premiums next year. Assuming 2/3 of this to play it safe, that means roughly an 11.3 percentage point bump.

In other words, assuming Urban's estimates are even close to accurate, Florida carriers would be requesting around a 2.5% average rate decrease next year in the absence of this years' #ACASabotage. 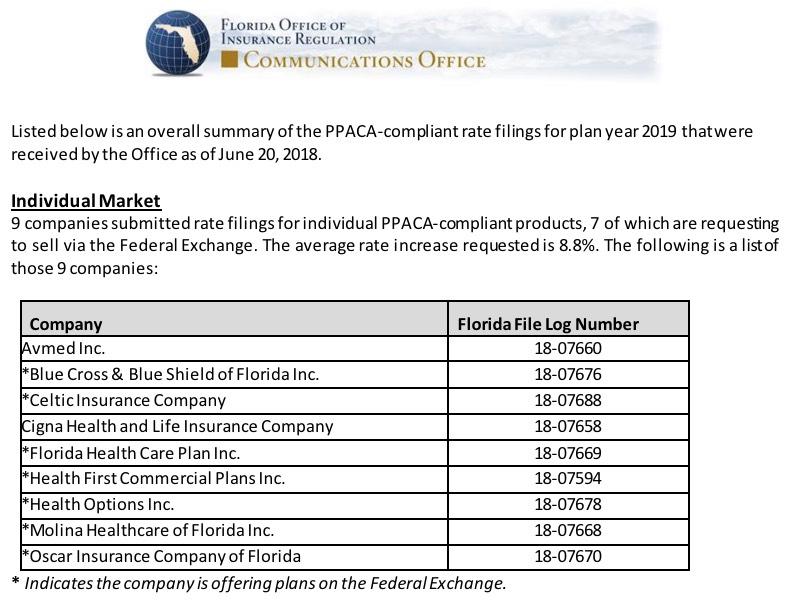 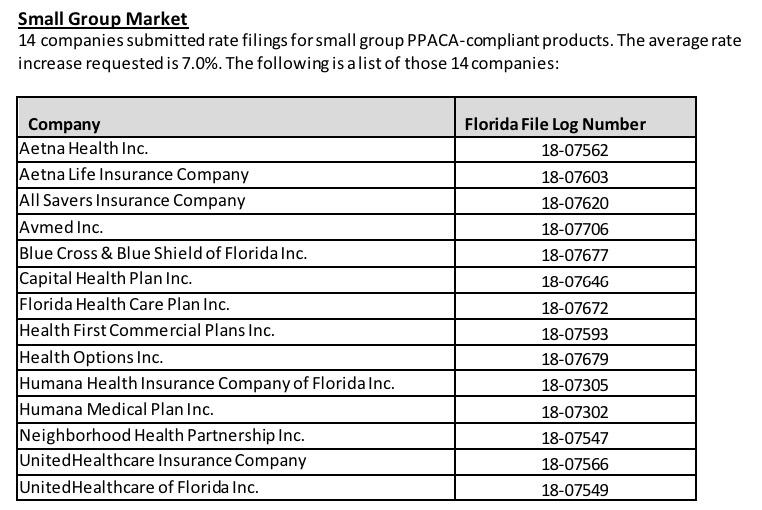 UPDATE: The folks over at Protect Our Care have managed to get ahold of one of the 2019 Rate Filings, for Cigna Health & Life Co. Cigna is asking for a whopping 30.2% average unsubsidized rate increase next year, ranging from 24 - 33%. Granted, Cigna also only has 269 enrollees, which explains why the weighted statewide average is "only" 8.8%, but otherwise their filing is pretty clear about what's to blame for a large chunk of it: 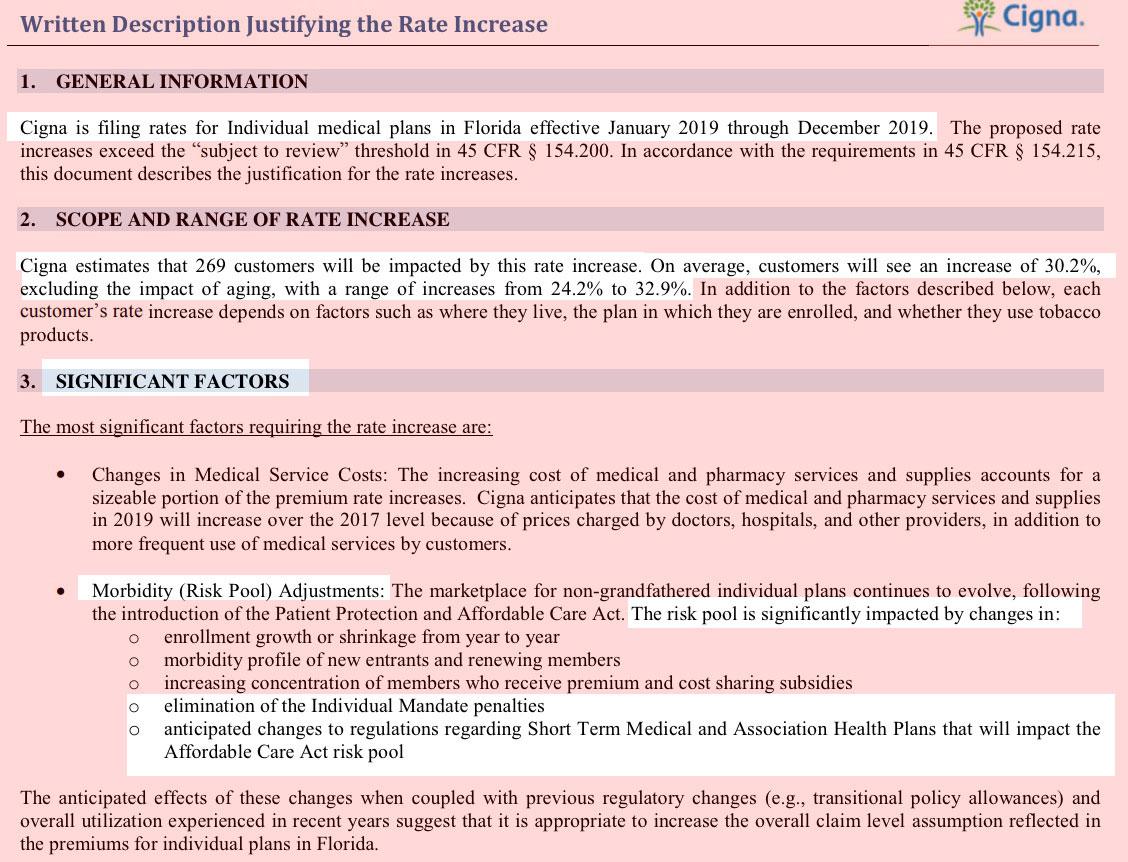