My Experience with the Families USA Conference (w/photos!) 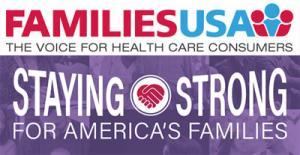 As I announced a couple weeks back, I spent most of the past week attending the annual Families USA healthcare conference in Washington, D.C. The conference has been going on for many years, but this is the first time I attended, so it was a big deal for me.

Here's a little background on the organization:

President Barack Obama credited Families USA with playing an instrumental role in promoting the enactment of the ACA and for the organization’s work helping to implement and protect the historic health legislation. On a printed copy of the ACA displayed in Families USA’s office, President Obama wrote “To Ron and Families USA – You made this happen!”

Families USA is one of the leaders of a national campaign to persuade states to expand Medicaid under the Affordable Care Act, producing analysis documenting the many benefits of extending health coverage for state economies and low-income people. As a result, the organization plays an active role in promoting national and state-specific improvements in this safety-net program.

As you can imagine, the conference featured a Who's Who of healthcare advocates, wonks and leaders; aside from everything else, I was finally able to meet dozens of folks with whom I've been conversing and learning from for years via Twitter in person for the first time, so it was well worth the experience for that alone. For instance, here's someone regular readers of this site might recognize...

Hey...look who I bumped into at the airport! #GetCovered #ACA @ASlavitt

Actually, Slavitt wasn't able to attend the conference itself; he was heading out of DC the same day I arrived, so we met at the airport to talk for a bit. The biggest names to appear (outside the healthcare wonk community, anyway) were Senators Cory Booker of New Jersey and Elizabeth Warren of Massachusetts. I'm sure it's no coincidence that both of them are also high on the list of likely 2020 Presidential candidates.

Booker spoke for about a half an hour, tying the right to quality, affordable healthcare to the American ideals of life, liberty and the pursuit of happiness in an eloquent, inspirational speech which reminded me very much of Barack Obama's soaring oratory style, although with a bit more of an edge to it.

I was particularly impressed by his framing much of it around the story of how his own parents experienced housing discrimination decades ago, but overcame it by joining with other black and white families to form the Fair Housing Council to catch and bust realtors who were lying to black couples about houses in white neighborhoods already being sold, and how that type of activism in the '60's and '70's eventually led to him being elected a United States Senator.

The official keynote speaker of the event was Sen. Elizabeth Warren. Her style is, from my view, sort of a hybrid of Hillary Clinton and Bernie Sanders--a cross between Hillary's wonkishness and Bernie's populist rhetoric. It was pretty good overall, and I especially liked her championing an idea which Andrew Sprung (Xpostfactoid) and I have been talking about for years: Tying MCO and Medicaid Advantage contracts to ACA exchange participation. She also made a very welcome clarification by stating that while she did endorse Bernie Sanders' "Medicare for All (even tho it's not actually Medicare)" plan, she's also open to any number of alternative plans, such as Sen. Brian Schatz's Medicaid Buy-In plan and so forth.

However, I also have to admit I was a bit disappointed about some points she raised...namely, the way she pretty much blamed the private, for profit insurance industry for everything wrong in the healthcare cost field. Don't get me wrong, the insurance industry has plenty of sins to answer for, but it's disingenuous to dump all of it on them, especially without bringing up things like healthcare provider costs. Remember, in the end insurance companies are the middleman between patients and doctors/hospitals. I was planning on writing up a more detailed explanation of my beefs, but Sprung has already done a pretty good job on this front.

Ironically, Sprung left out the one example which I thought was the most obvious example of this: Warren bragged about how in Massachusetts (her home state), insurance carriers used 92% of the premium payments they brought in to pay for actual healthcare expenses for enrollees, "not to line their own pockets", using this as an example of a model to follow.

The problem with this, of course, is that a 92% Medical Loss Ratio (MLR) is generally considered to be dangerously high for a private, profit-based insurance carrier...because that leaves just 8% to cover everything else: Administrative costs, marketing, salaries, overhead, etc etc. The ACA set the MLR rule at 80% for the individual and small group markets and 85% for the large group market for a reason, to give the carriers enough elbow room to operate while also maintaining a reasonable profit margin. I'd be fine bumping it up to 85% for the other two markets as well, but 92% seems to be pushing the point a bit to me. Of course many (including myself) would argue that health insurance shouldn't be profit-based at all which is an entirely different discussion.

I wasn't a speaker at the conference, but I was asked to live tweet one of the breakout sessions: The National Association of Health Access Assisters, or NAHAA*. Here's some background on NAHAA:

The National Association of Health Access Assisters elevates, advances, and advocates for the Health Access Assister profession. The goal is to promote and support the work of our members who help individuals, children, and families gain, use, and retain high quality health care and coverage.

...The voice and identity of Health Access Assisters is recognized nationally as an important part of the health care system and key to improved health outcomes.

The short version is that these are the folks who help people enroll in healthcare coverage, not just through the ACA exchanges but other types of healthcare programs as well. They educate and explain, do a lot of hand holding and so forth to guide people through the often insanely convoluted system.

Assisters/Navigators are not to be confused with insurance brokers or agents, however; one of the most important points that they stress is that assisters target an entirely different market of enrollees than private brokers/agents. For instance, NAHAA members are far more likely to be helping people who don't speak english, don't have internet access, are less educated in general and so forth, making it a far more difficult market to work with, requiring more hand holding and follow-up service later on to show enrollees how to use their new insurance. For instance, one person mentioned that many times, first-time enrollees don't even realize that they have to show their insurance card at the front desk when they go in for a doctor's appointment. The level of ignorance of even the most rudimentary elements of health insurance is rather staggering.

*As an aside, acronymns are getting to be a bit of a problem in the healthcare field; for instance, NAHAA shouldn't be confused with NICHM or NACCHO, just to name a few.

There was an excellent kick-off panel which included four extraordinary grassroots organizers from different fields: Angel Raf Padilla (political director for Indivisible); Gaby Pacheco of TheDream.US; Elena Hung of Little Lobbyists and Sheryl Grossman of ADAPT. I had the honor of meeting Ms. Hung later in the day, she's awesome.

There were a bunch of other great panels, most of which I wasn't able to attend, of course since they were happening at the same time. I went to "State Strategies to Move towards Universal Coverage: Medicaid Buy-in and Beyond" which featured folks like Colin Ballio of Health Action New Mexico, which is proposing a Medicaid buy-in public option program for the state and Anthony Wright of Health Access California, which is working on a wide range ("buffet"?) of options out in the Golden State.

On Friday morning Sprung and I kind of played hooky a bit and skipped out to visit a few folks over at the Kaiser Family Foundation; in the late morning I attended a "closed to the press" session called "View from the Hill". Honestly not sure if I'm considered "press" these days or not, but out of courtesy I won't divulge anything discussed there (not that there was anything particularly controversial discussed anyway).

In the afternoon I attended "Lessons Learned about Effective Communications during the 2017 Protect Our Care Campaign" along with my old friend Laura Packard, who you may have heard of over the past year--she was diagnosed with Stage 4 Hodgkin's Disease last spring and has become a bit of a social media healthcare advocate star thanks to various Op Eds, viral videos from NowThis and especially due to being blocked by Donald Trump on Twitter after daring to criticize his healthcare "policies", whatever they actually are. I got to meet folks from the Center on Budget and Policy Priorities and Community Catalyst--those are the guys behind a whole bunch of viral Twitter memes last spring and summer which got the word out about the negative impact on coverage, premiums and so forth in the event various versions of the GOP repeal/replace bills were to become law.

The afternoon plenary (i.e., the full meeting as opposed to the individual breakout sessions) focused on what a disaster Medicaid has been in Puerto Rico, the U.S. Virgin Islands and other U.S. territories due to it being "block granted" long before Hurricane Maria hit last fall and laid the problems bare.

Finally, Saturday morning featured informal roundtable discussions of various topics throughout breakfast; I hung out with the NAHAA group again and learned a bit more about their work. Things wrapped up with a discussion moderated by Families USA's Frederick Isasi between left-leaning healthcare consultant Chris Jennings and right-leaning consultant Dean Rosen. I'm assuming Jennings is the same guy I wrote about a couple years ago in the context of being smeared by Lee Fang of The Intercept for daring to have a less-ambitious backup plan back in 2009 just in case the ACA didn't look viable (gasp! the horror!)

OK, so that was the official conference, where I learned a lot. Outside of the panels and discussions, however, I also had a great time meeting and talking with lots of fellow healthcare wonks, activists and reporters; there were a couple of formal (and informal) receptions, plus I went out to eat with a few folks. I've posted some photos below of people who only health wonks are likely to recognize, but trust me when I say that most of the people in these photos are either more knowledgeable, more dedicated or both about expanding and improving the healthcare system in the U.S. than I am.

In the end, it was a wonderful experience. I didn't have time to sight see around DC, but then again a) the weather was freezing and b) many parts of DC are a depressing sight these days anyway (just try "visiting" the White House with the 2-block armed guard barricade perimeter surrounding it under the Trump Administration, for instance), so that was fine. I hope to attend again next year (hopefully I can snag a press pass...I think I count as a pretty legitimate news media outlet these days when it comes to the healthcare beat, after all...). Note that I'm deliberately not labelling who's who in any of the shots, since there's a few folks who might not want to be ID'd publicly.

And now I get to dig through and catch up on nearly a week's worth of breaking healthcare news developments.... 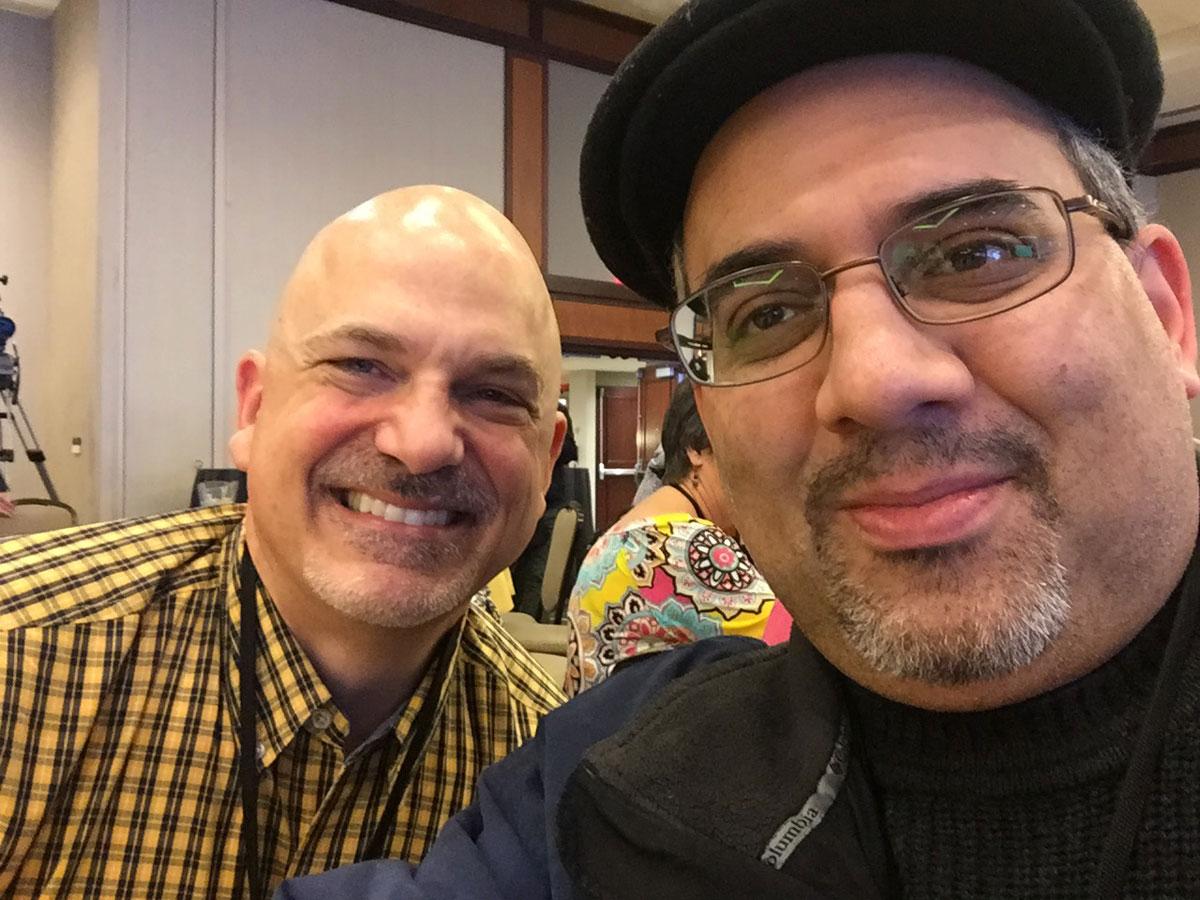 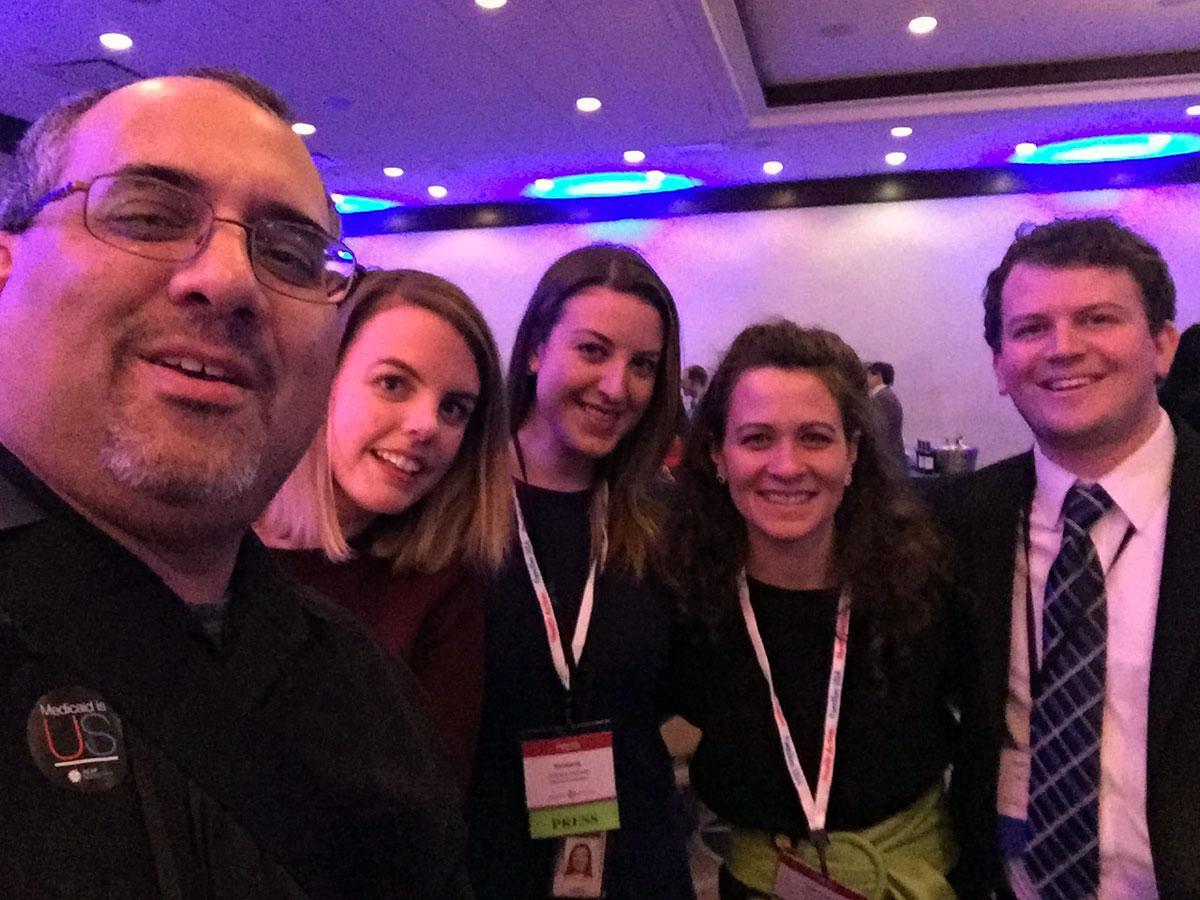 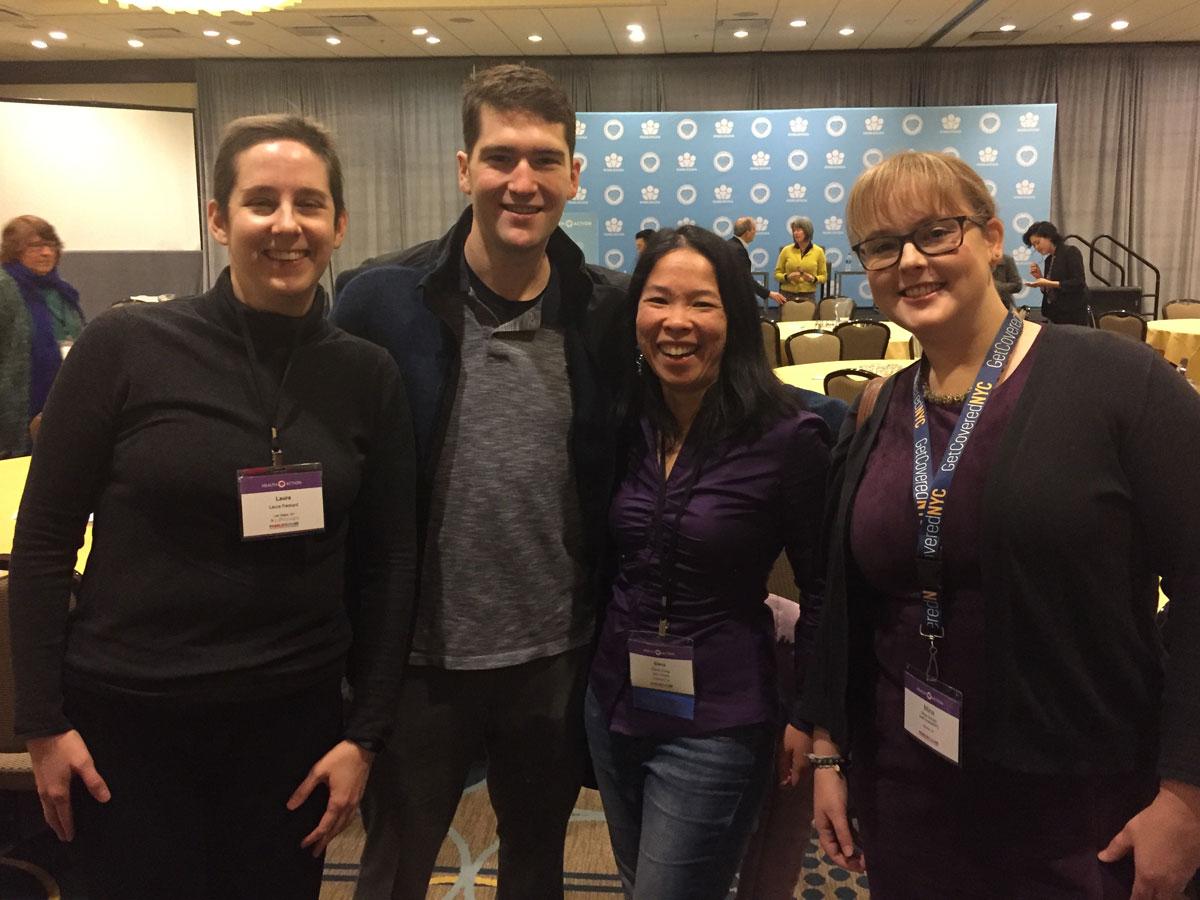 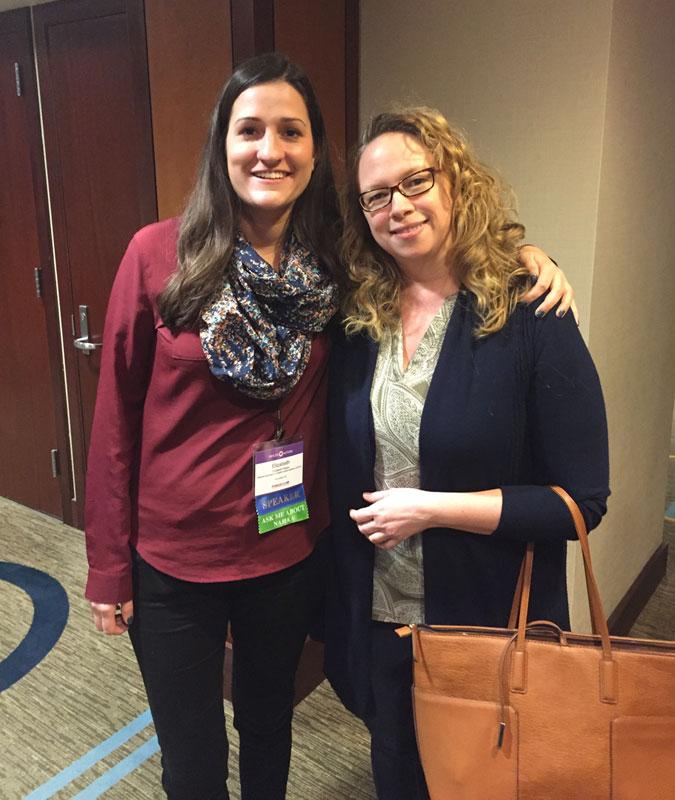 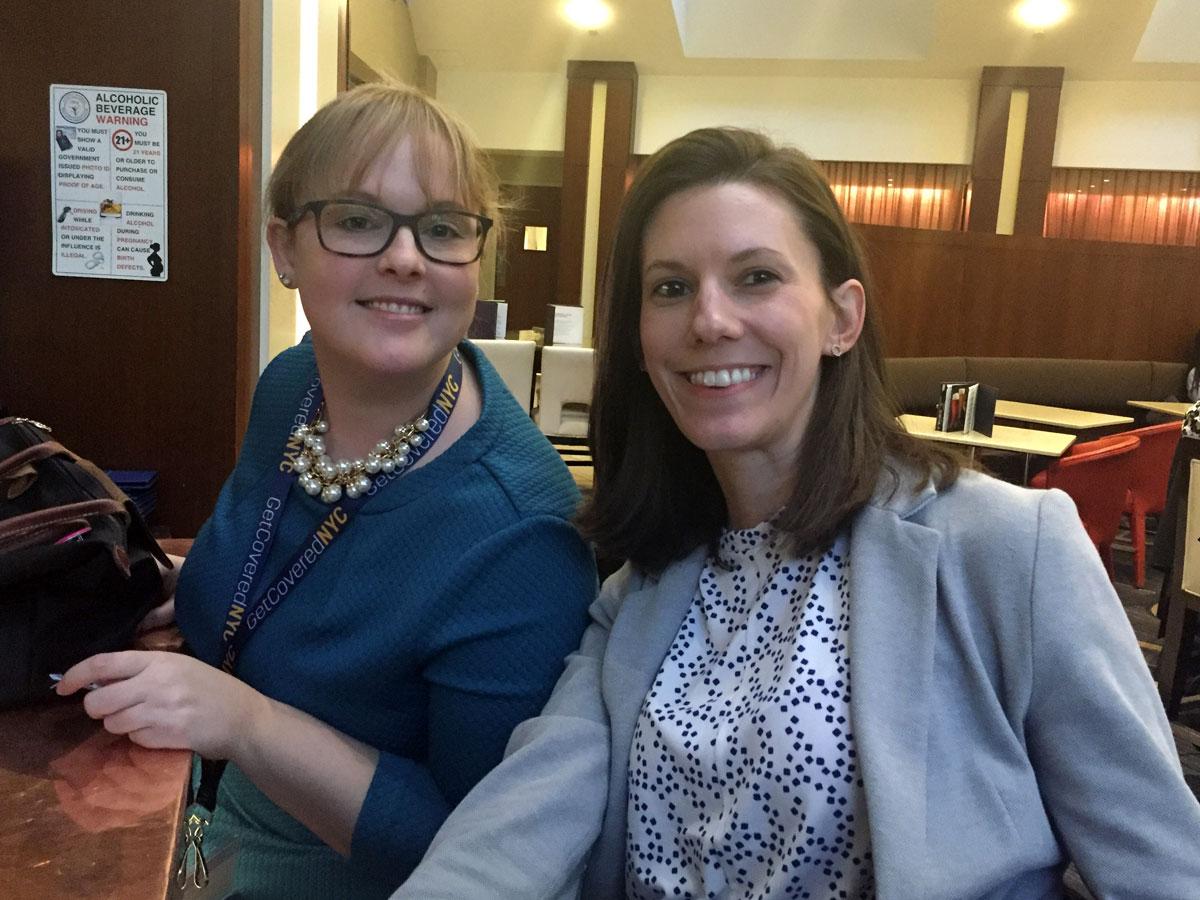 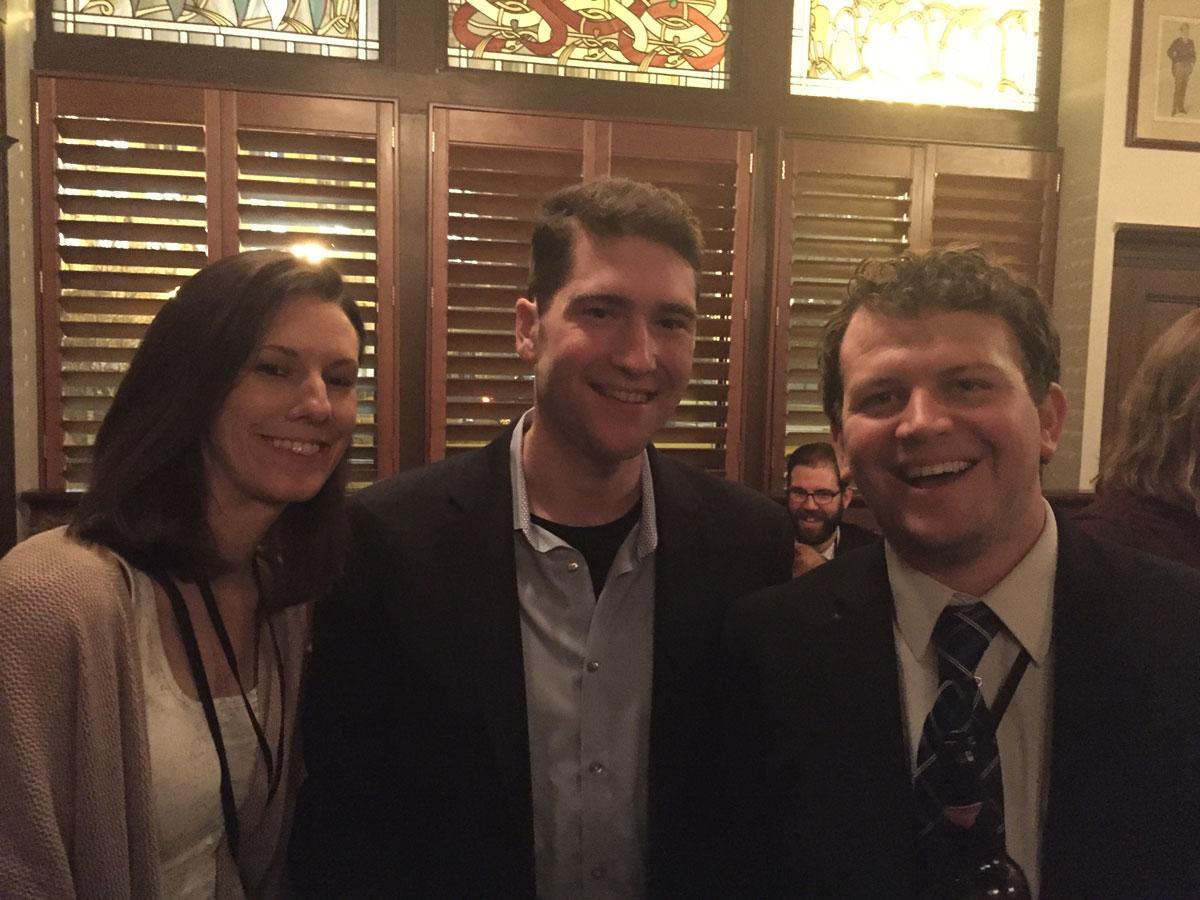 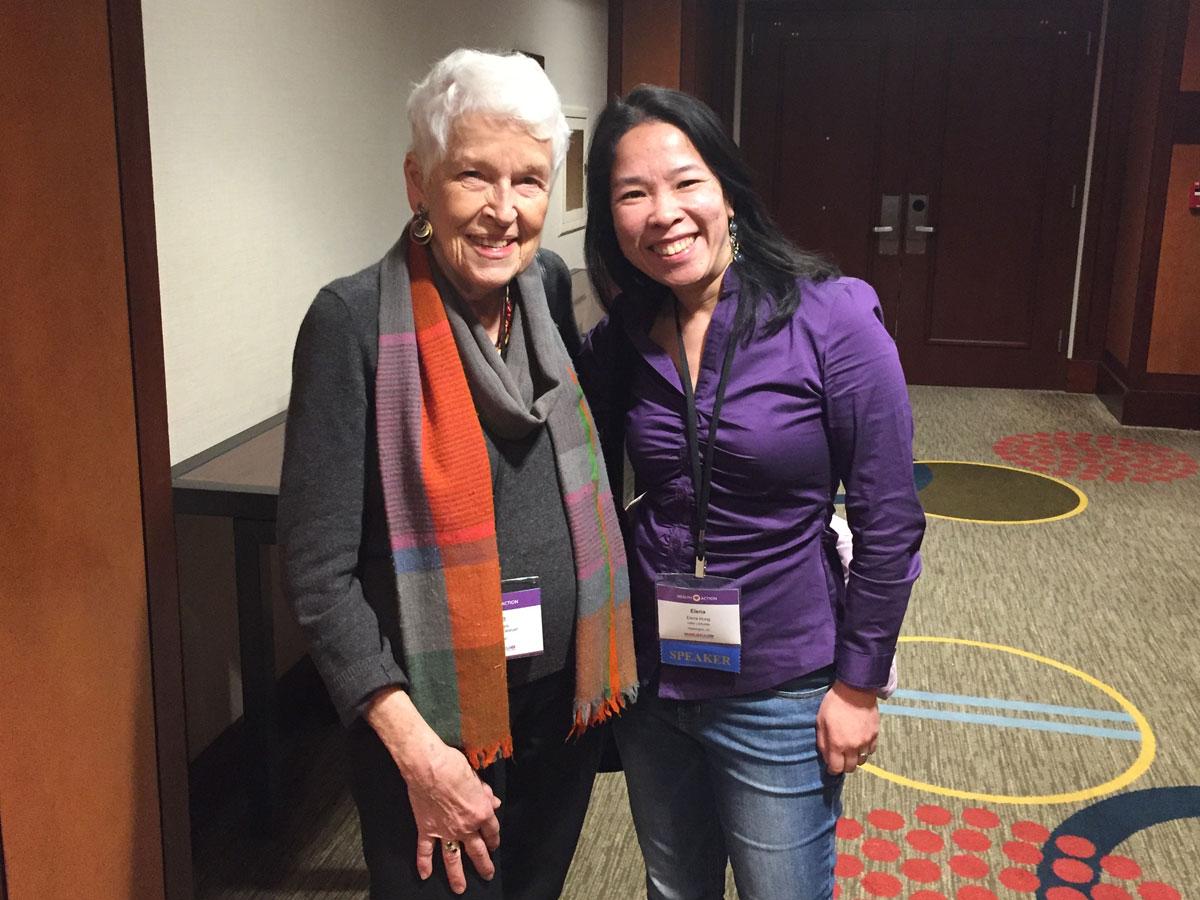 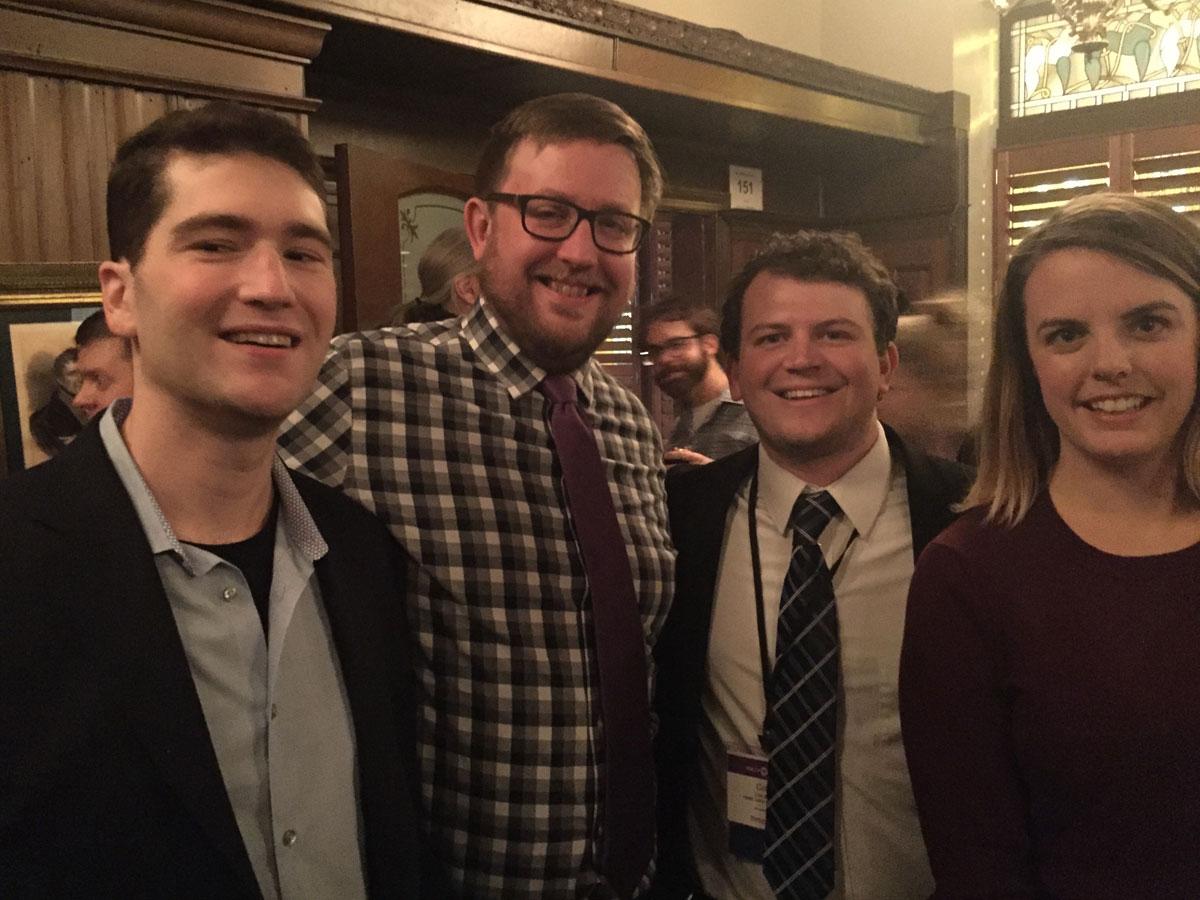 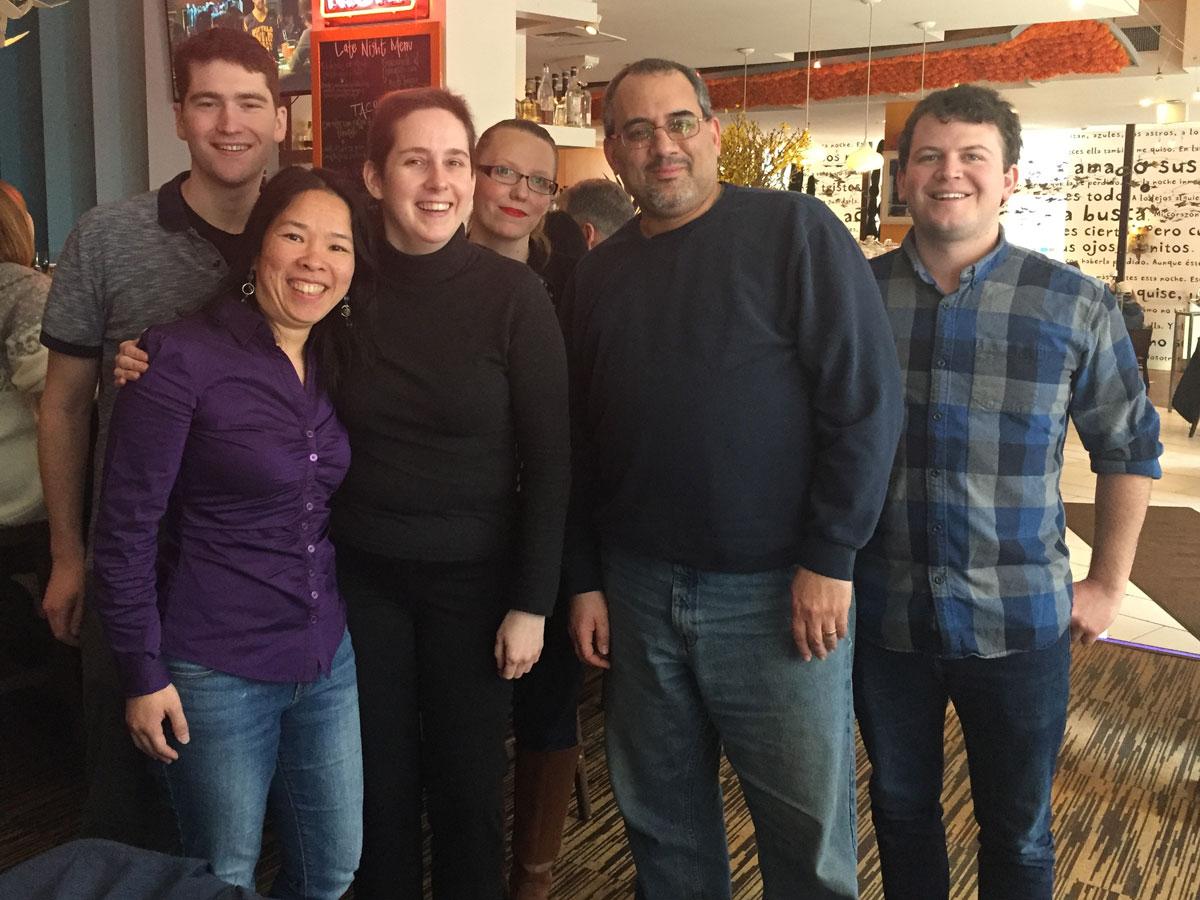 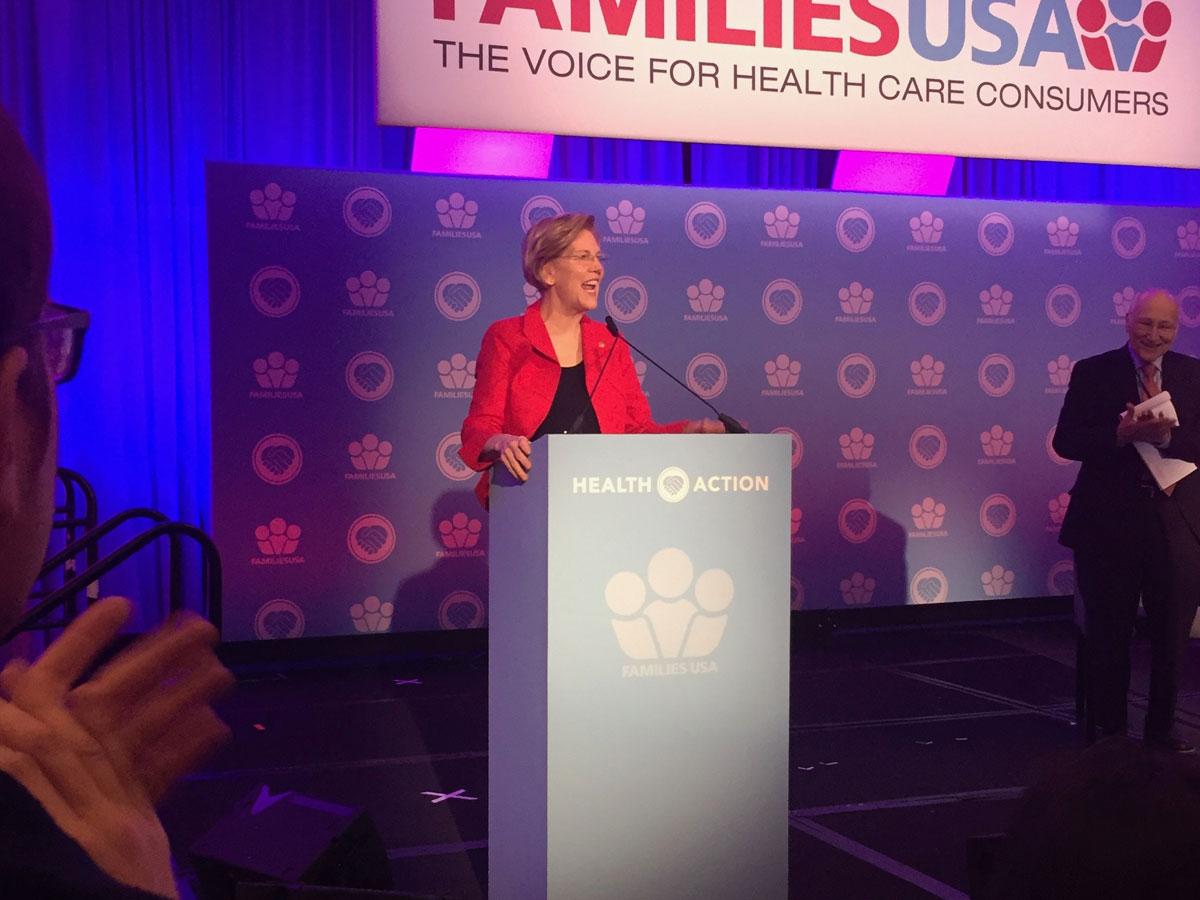 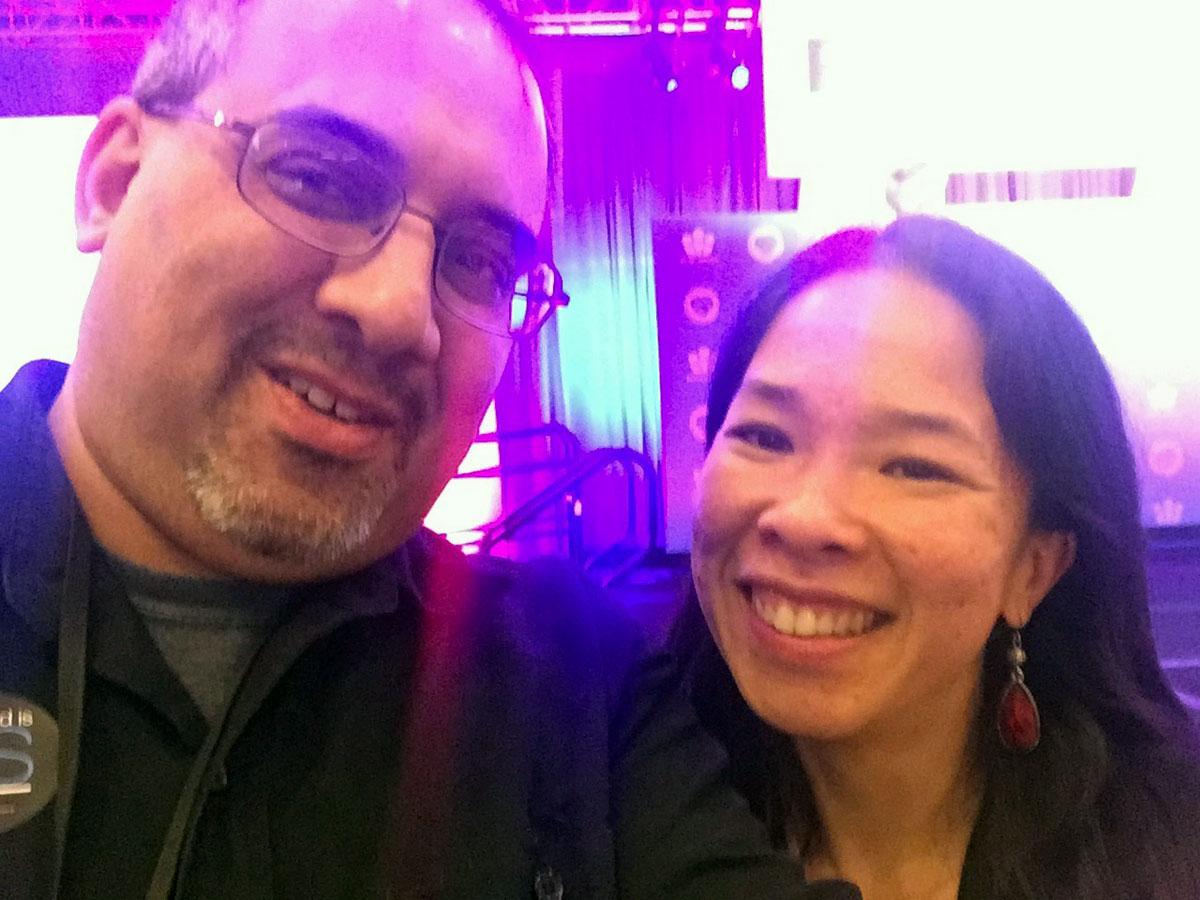 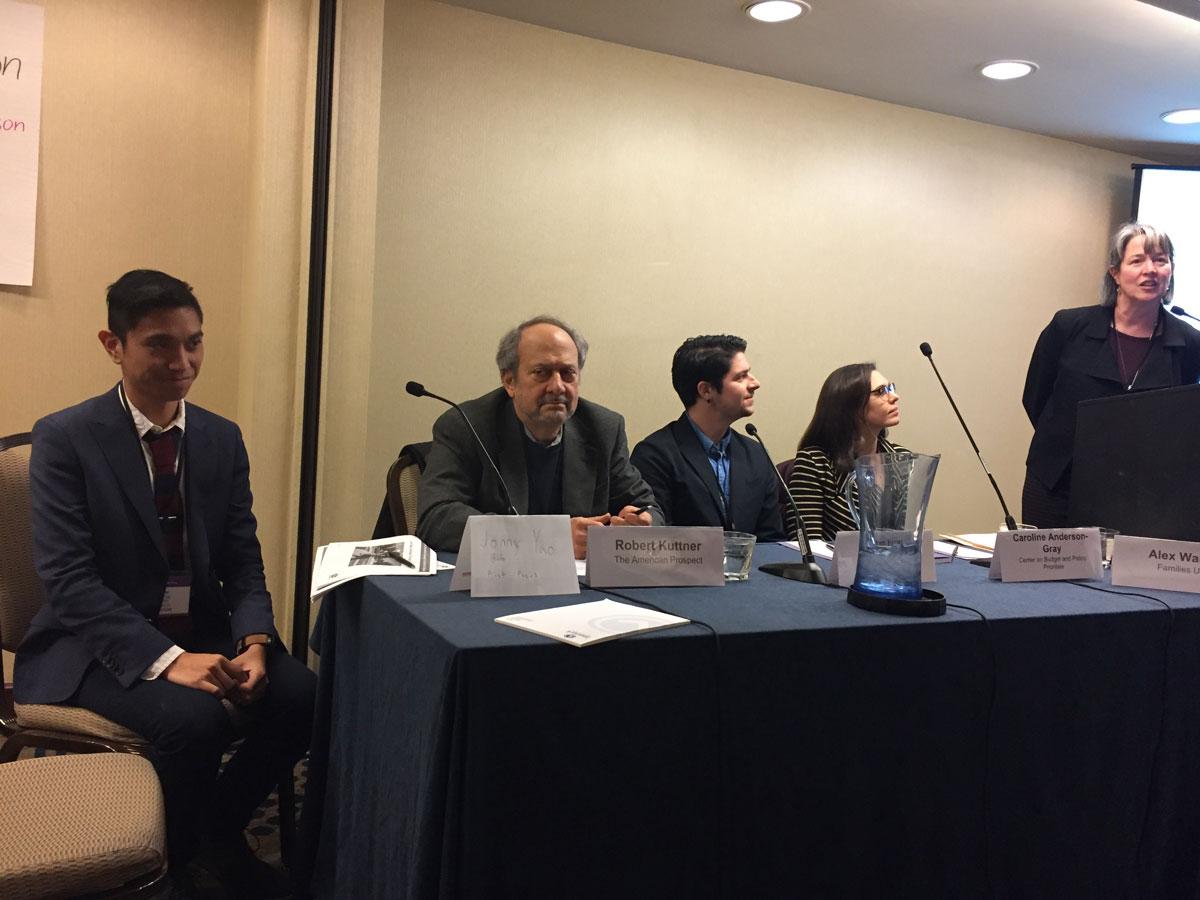 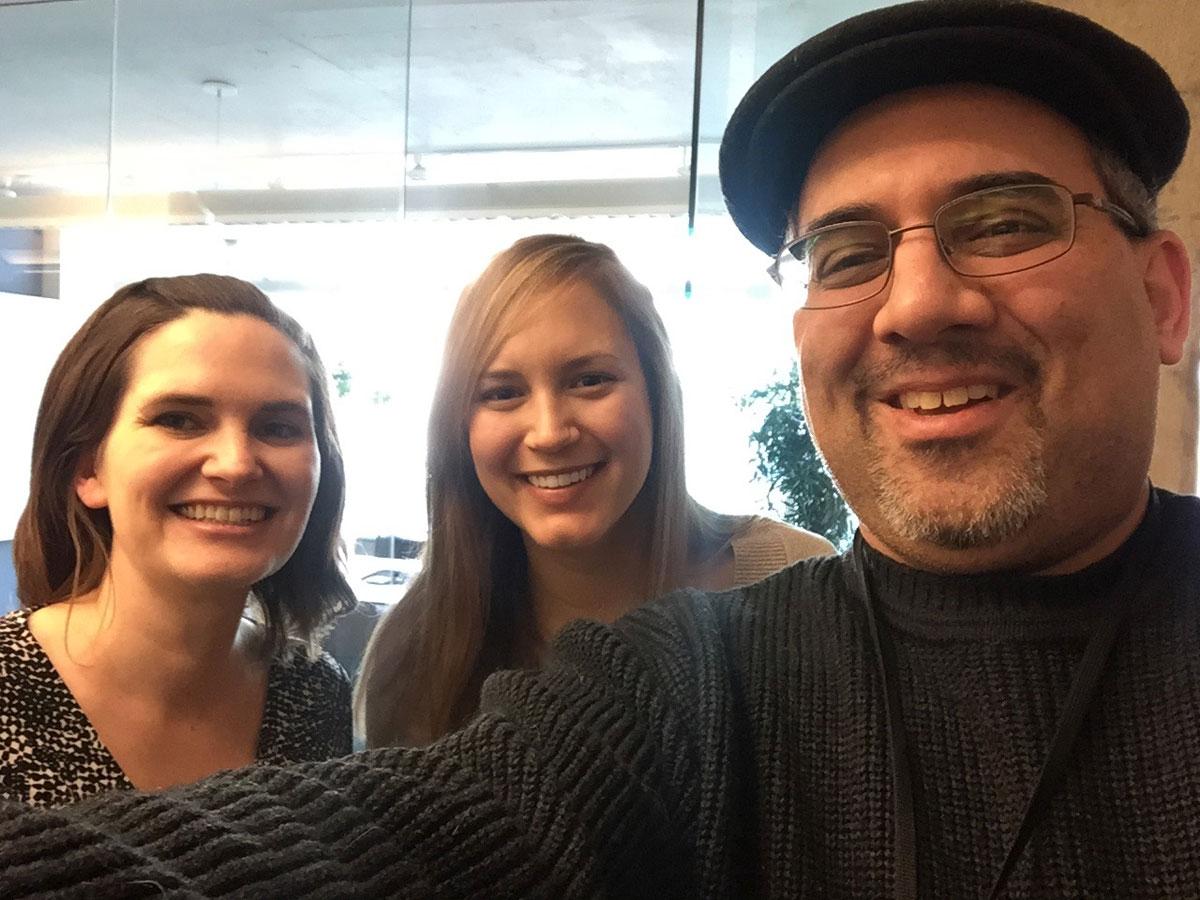 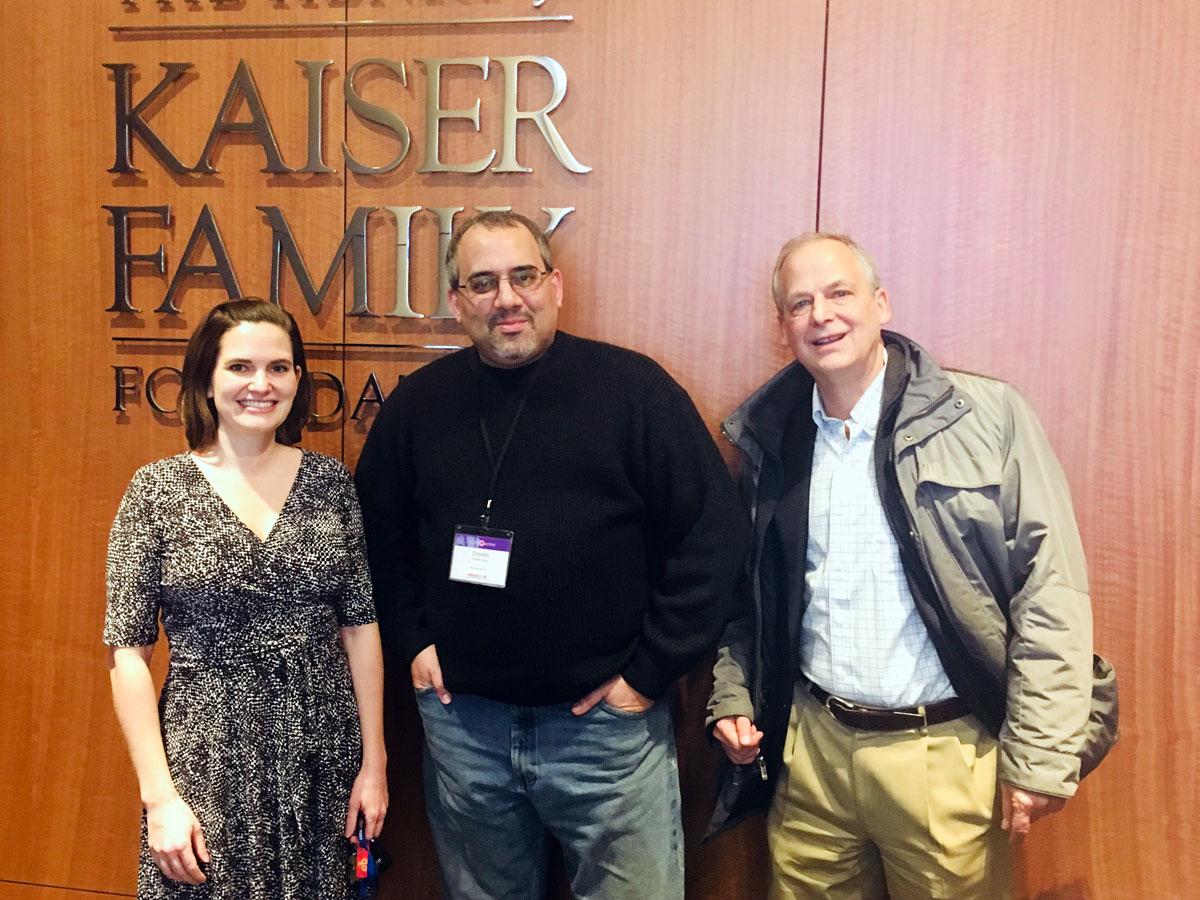 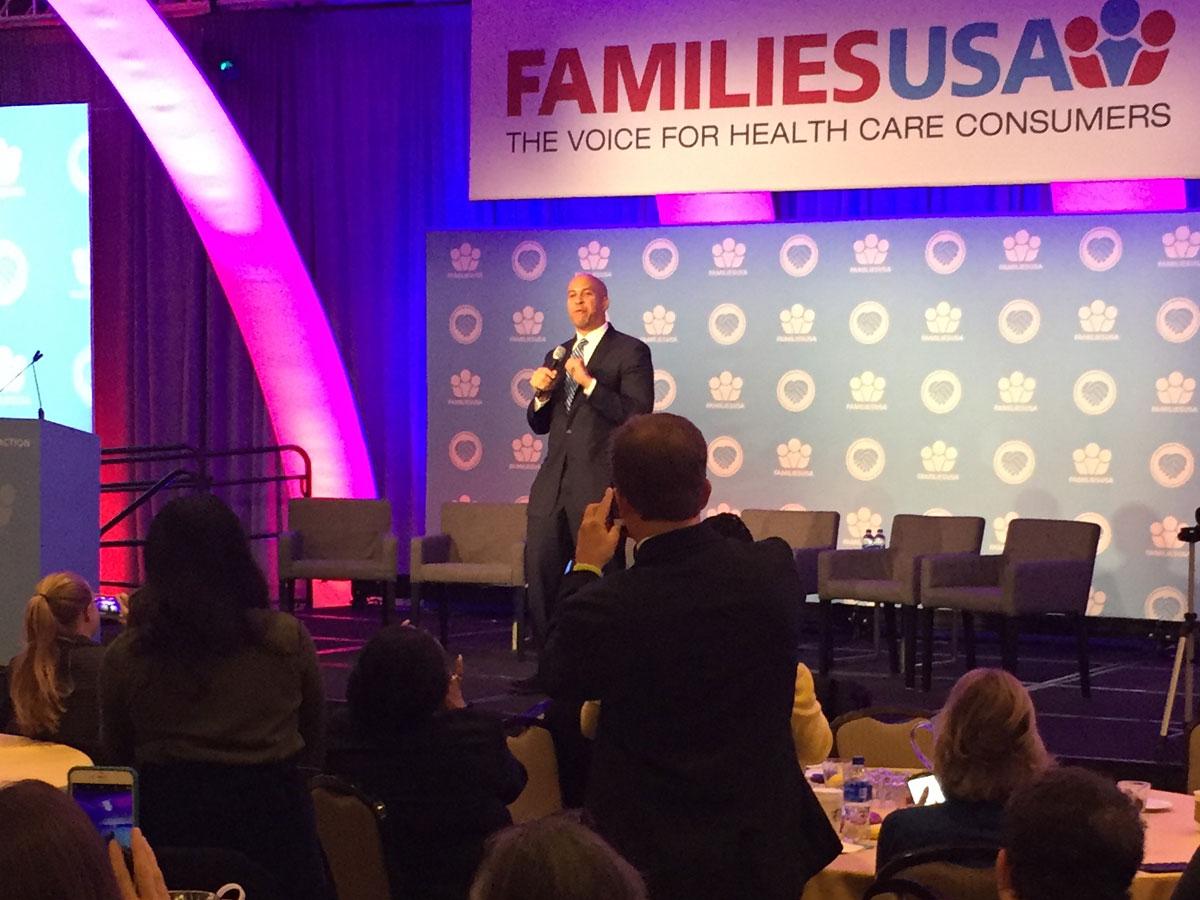 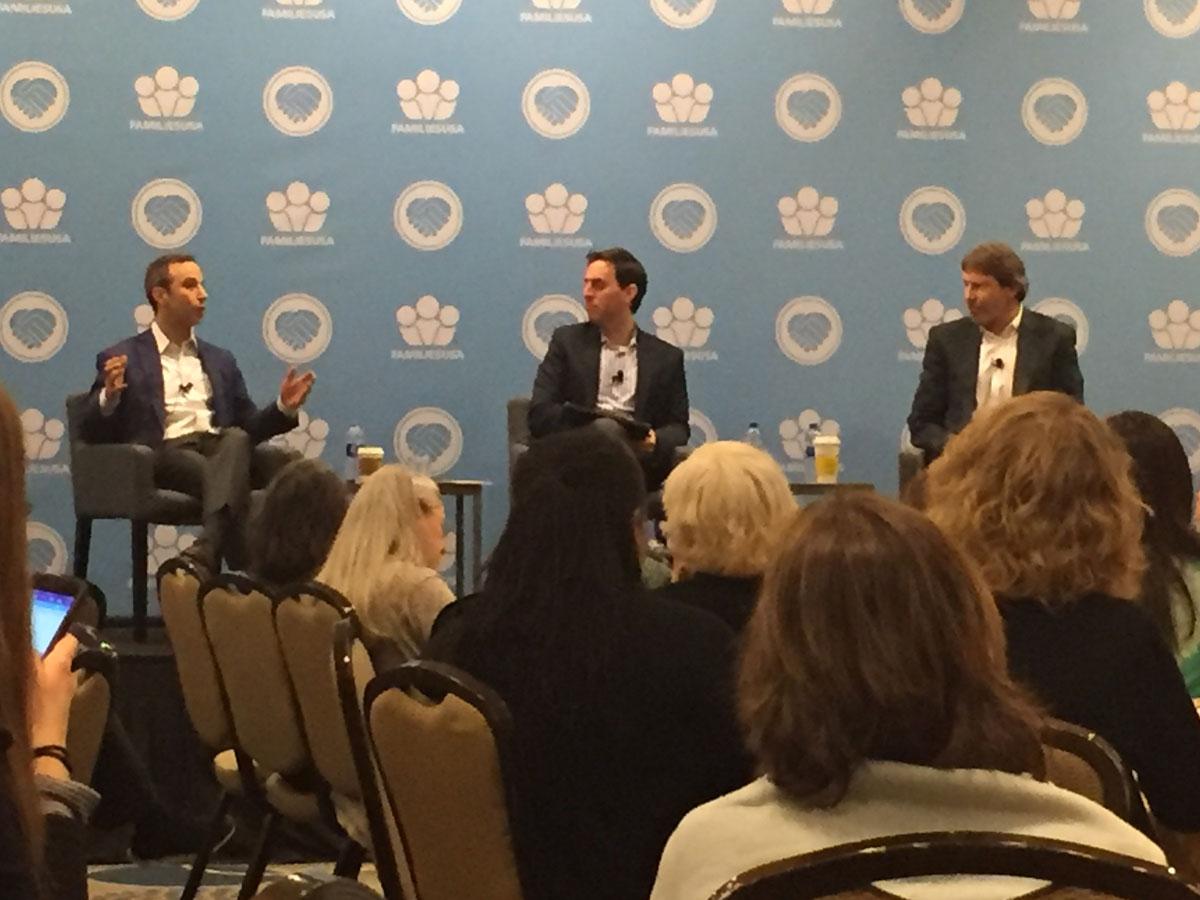 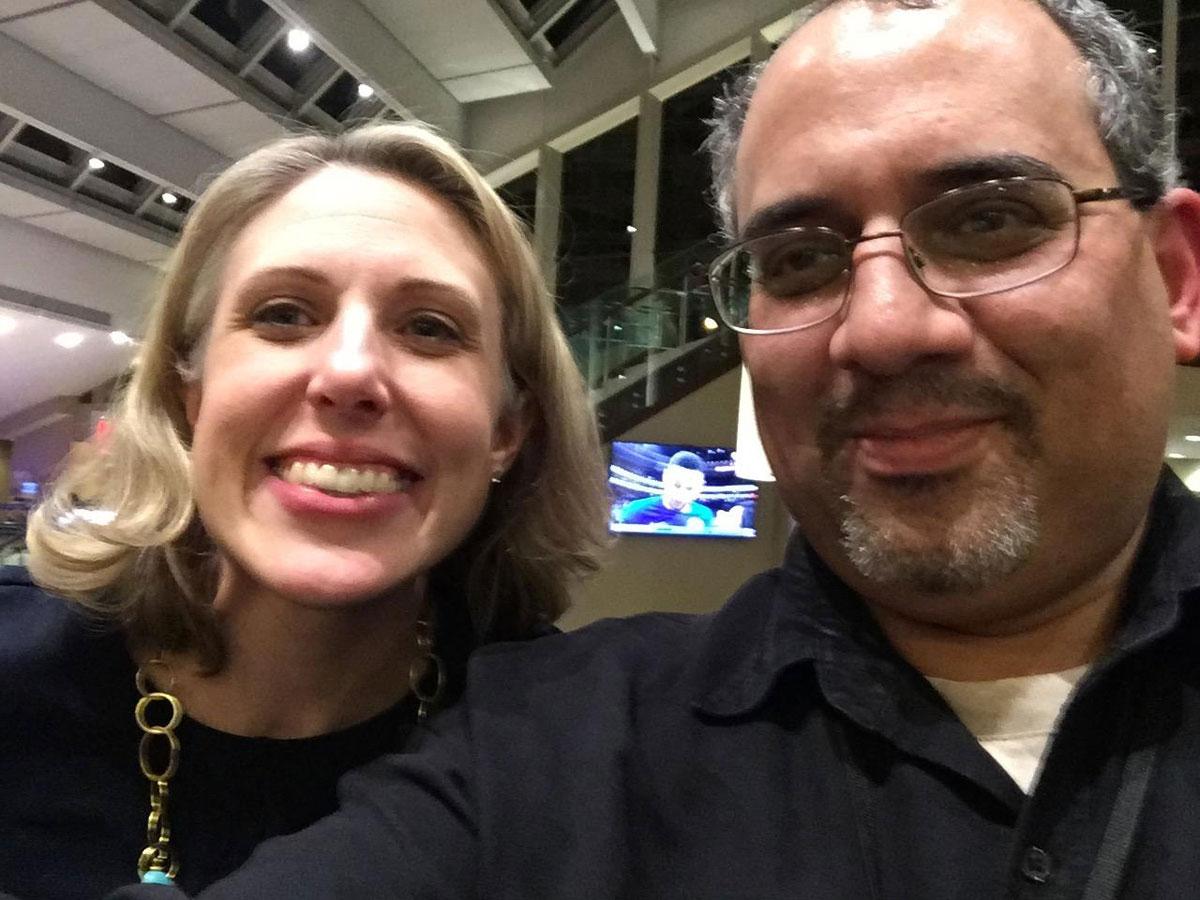 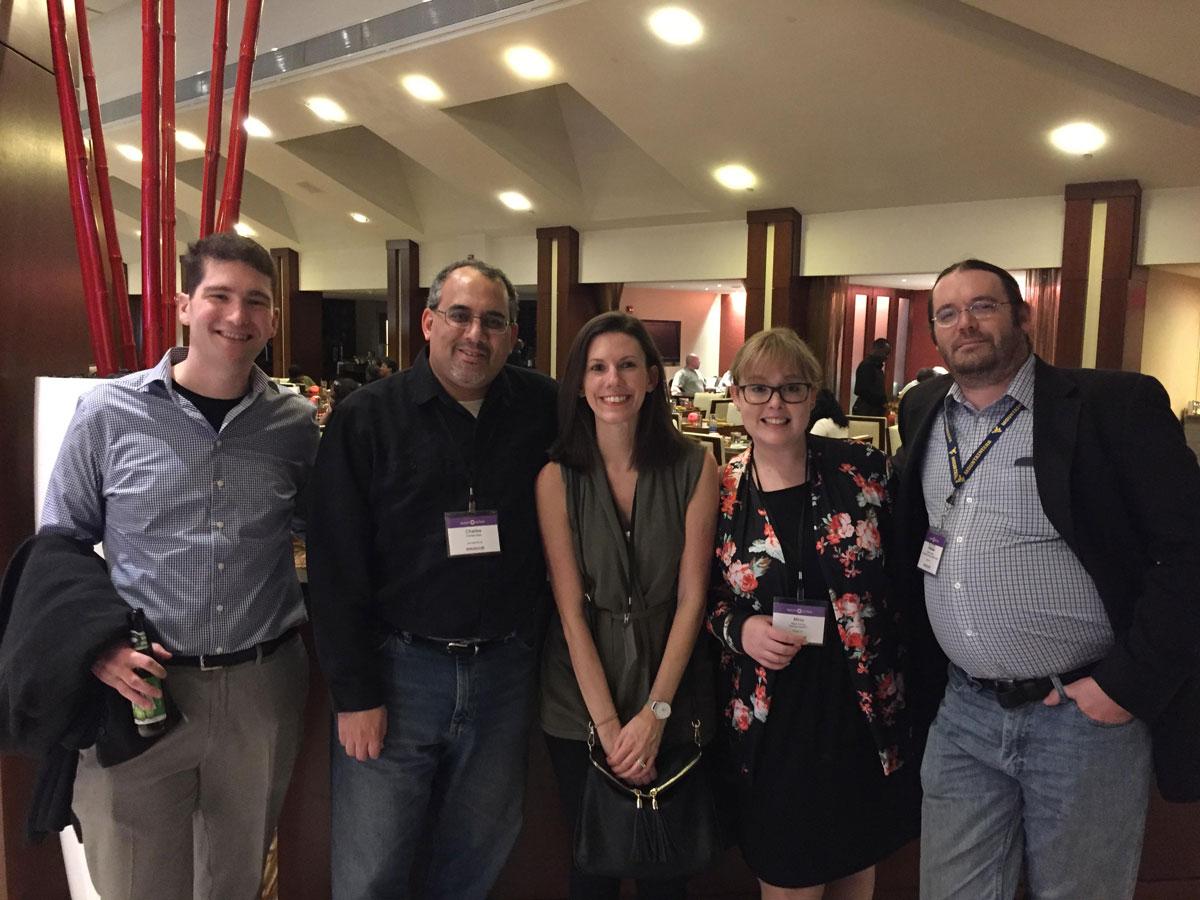