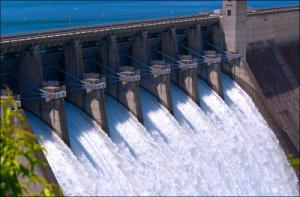 OK, let's get to the details:

CMS has identified a number of issues for states to consider in the development of proposals to promote work and other community engagement among working-age, non-pregnant Medicaid beneficiaries not eligible for Medicaid on the basis of a disability.

In other words, this is specifically targeting ACA Medicaid expansion individuals (plus some theoretical overlap in states which allow low-income parents of underage children to enroll in Medicaid as well, I presume).

Meeting work and community engagement requirements should take into consideration areas of high unemployment or caregiving for young children or elderly family members. States will therefore be required to describe strategies to assist eligible individuals in meeting work and community engagement requirements and to link individuals to additional resources for job training, provided they do not use federal Medicaid funding to finance these services.

OK, so if a state wants to implement work requirements, they have to "describe" how they'll help unemployed recipients meet the requirements, on their own dime. I'm not sure what that means in practice--being required to "describe" something isn't the same as actually being required to implement it. "Link individuals to resources" could simply mean "here, go to Monster.com!" (is Monster.com still a thing?).

This gets into the branding issue with Medicaid:

One reason partisans may react differently to imposing work requirements in Medicaid: Most Democrats view Medicaid as health insurance, while most Republicans see it as welfare https://t.co/GPPDRtxkHD pic.twitter.com/uQVxDd7gmm

Adding work requirements and tying it in with SNAP and TANF (aka, welfare) obviously goes a long way towards pushing the "Medicaid = welfare" meme...which is of course the whole point of doing so: To shame people into not enrolling.

States must also fully comply with federal disability and civil rights laws and ensure that all individuals with disabilities have the necessary protections to ensure that they are not inappropriately denied coverage. States will be required to offer reasonable modifications to individuals with disabilities, and will be required to exempt individuals determined to be medically frail or who have an acute condition that a medical professional has determined will prevent them from complying with the requirements.

I'd feel more reassured by this if Trump and the GOP wasn't also attempting to undermine & gut the ADA itself at the same time.

Administrator Verma cited the Administration’s firm commitment to combat our nation's opioid crisis and the letter outlines that CMS will require states to make reasonable modifications for individuals with opioid addiction and other substance use disorders. These modifications may include counting time spent in medical treatment toward an individual’s community engagement requirements or exempting individuals participating in intensive inpatient or outpatient medical treatment, as well as supporting other state efforts.

If I was really cynical, I might interpret this as "black urban crack junkies have to get a job; white rural opioid junkies are off the hook". Good thing I'm not that cynical. However, it does clarify "...other substance abuse disorders" as well, so that may be out of line.

CMS also encourages states to consider a range of activities that could satisfy work and community engagement requirements. States should ensure that career planning, job training, referral, and volunteering opportunities considered to meet the community engagement requirement, and job support services offered in connection with the requirement, take into account people’s employability and potential contributions to the labor market.

“States have the opportunity to help individuals improve and enhance the skills that employers truly value,” said Verma. “People who participate in activities that increase their education and training are more likely to find sustainable employment, have higher earnings, a better quality of life, and, studies have shown, improved health outcomes.”

On the surface, this doesn't sound too unreasonable to the average person, in the same way that photo ID requirements to vote sounds reasonable. However, when you take a closer look, it's both bad policy and, frankly, rather cruel. I've written about this a few times before, but I'll let Hannah Katch of the Center on Budget and Policy Priorities explain:

Taking away health coverage won’t help people find and hold a job, research shows. Tying eligibility for Medicaid to work or work-related activities would likely mainly harm people who can’t work or can’t find work, leaving them without coverage, but it would likely affect coverage for some working beneficiaries, too:

To me as a numbers guy, the second bullet is the key point. Here's the Kaiser Family Foundation analysis in question: 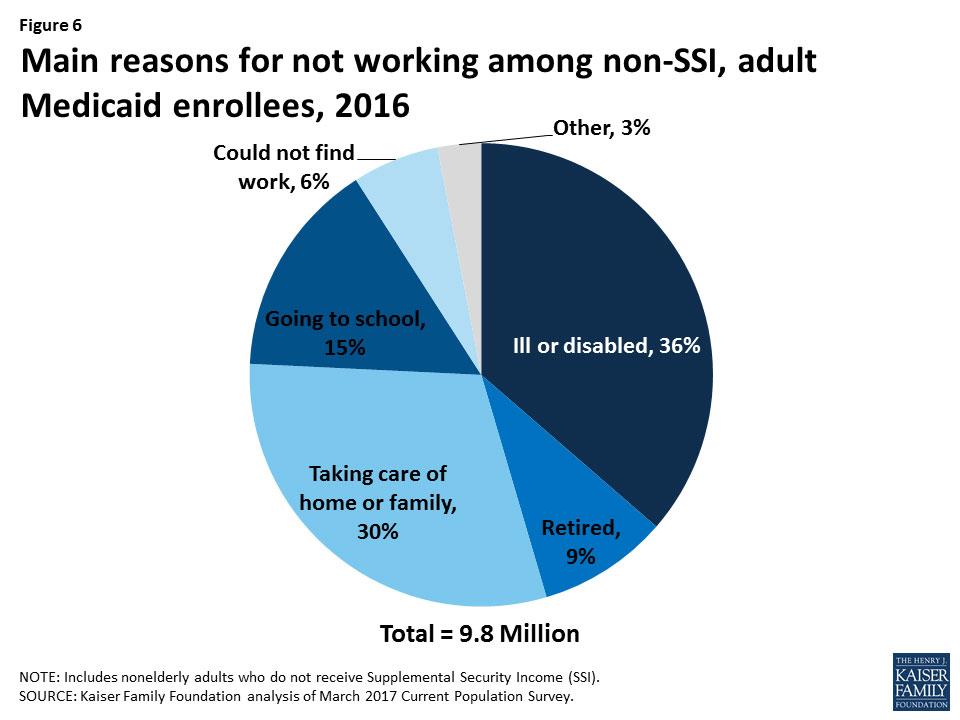 ACA Medicaid expansion actually broke 16 million enrollees as of last summer; I'm not sure what accounts for the discrepancy between Kaiser's 9.8 million and that, but whatever. The point is that if you strip away the disabled, caretakers and students, you're talking about maybe a million people at most who might fit the "lazy moocher!" stereotype that the GOP seems to think is rampant. And to weed these people out, they're going to help red states spend a fortune to establish what will likely be cumbersome, difficult-to-administer requirements for EVERY enrollee, which will in turn discourage eligible individuals from bothering to enroll at all (which of course is kind of the point).

The irony, of course, is that the GOP supposedly hates burdensome, unnecessary, inefficient government regulations.

As I said two years ago:

The "get off your ass and work!" requirements appear to be nearly as big a waste of time and resources as the infamous "drug testing for welfare recipients" bandwagon which a bunch of states jumped on board over the past few years.

(sigh) OK, so what's the possible upside here, if any?

Well...at the very least, as Kimberly Leonard of the Washington Examiner notes:

"Is this enough to trigger all non-expansion states tomorrow? Probably not, but it moves the needle more toward expansion," he said.

Basically, it's a trade-off: Yes, it may be a pointless waste of resources, but if that's what it takes to get, say, Kansas or North Carolina to finally expand the program, it might be worth it (again, the devil is in the details).

One portion of @statemedicaid quote by Matt Salo cut for length: "It's quite possible it doesn't have much of an impact other than confirming this is a population that is otherwise engaged."

OK, fine, but the problem here is that while a half a loaf may be better than nothing in four of the states listed (Kansas, North Carolina, Utah and Wisconsin), the other six have either already expanded Medicaid under the ACA or in the case of Maine just passed a ballot initiative to do so...yet all six are apparently still pouncing on the work requirement allowance. That's a troubling sign to me.

In any event, no matter how much they gussy it up, I still keep coming back to my original assessment two years ago: Republicans have gone from saying "screw the poor" to "OK, you can see a doctor but only if you dance for me first."