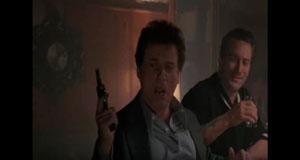 Politico reports this morning that there is a real shift underway among red state governors towards Obamacare: A number of them are newly open to accepting the Medicaid expansion — as long as they can couple it with some kind of work requirement.

This might seem like just more “safety-net-as-hammock” talk from Republicans — i.e., government assistance for poor people will sap their work ethic, so the only way red states can accept Obamacare money to expand health coverage to them is with some kind of work provision so they don’t get lulled into dependency while lounging in that hammock.

But I’m going to suggest that this is, on balance, a good development — in the sense that more GOP governors appear open to finding terms upon which they are willing to take the money to cover their constituents.

Buttrey calls the plan the most conservative in the nation due to the copays, premiums and other provisions. Because of those items, the state must seek a waiver from the federal government to put the program in place.

Bullock said his staff will draft the plan and allow Montanans to comment on it before submitting it to the federal government. Once they receive it, Bullock said the waiver process could take from three to six months although there's no required timeline for approval.

"We're pushing government further than any state has," Buttrey said.

Buttrey estimates that if it is approved, only about 45,000 people of the 70,000 eligible will sign up for Medicaid in the next four years at least in part due to the copay and premium requirements.

I do see Sargent's point here; the fact that Republican governors are open to embracing (well, "grudgingly accepting", anyway) any part of Obamacare is in and of itself a positive sign of how the sand is shifting beneath their feet. Even so, aside from the fact that adding all of these extra requirements (ironically the same sort of "bureaucratic red tape" which conservatives supposedly hate) tends to overcomplicate what is historically an extremely efficient program (according to the Kaiser Family Foundation, Medicaid's administrative costs are only 7%, about half the rate of private insurance), there's another, uglier issue which is addressed by McCarter over at dKos:

Most of these people are already working, assholes. How about instead of trying to embarrass them further for being poor, you work on embarrassing their employers for refusing to provide them health insurance or refusing to pay enough that they can buy it with Obamacare subsidies? And why isn't the fact that most people who would qualify for Medicaid who are now in the gap are working the beginning point in any discussion about Medicaid expansion and work requirements?

In other words, ironically, a higher percentage of poor people in non-expansion states are already working than in the states which have already expanded Medicaid.

As for the other requirements (co-pays/premiums), this is kind of the same sort of logic which recently led a GOP state Senator to come to the brilliant conclusion that slashing the Medicaid budget in half would free up money for other stuff! Why yes, of course it would. Just as requiring people on Medicaid to pay a chunk of the cost of their treatment would, as demonstrated by the Montana example above, save money as well...because 36% of those eligible would never enroll in the program in the first place! BRILLIANT!!

For that matter, guess what else would "save money" for the state? Killing all of the people in the Medicaid Gap! Then you wouldn't have to deal with them at all!