I had already posted a partial look at the New Jersey rate hike situation a couple of weeks ago with a video in which Topher Spiro of the Center for American Progress interviewed NJ Congressman Frank Pallone about the situation. Since his comments weren't official and only referred to Horizon Blue Cross, I didn't make it an official part of the Rate Hike spreadsheet, but now I've managed to plug in the remaining carriers and here's how it looks. As expected, with Horizon holding a commanding 70% market share, the statewide average is around 8.5% if CSR payments are made and the mandate is enforced versus 21.6% if CSR payments aren't made and the mandate isn't enforced.

Also, check out Horizon's cover letter explaining the rate hike...they're not screwing around with who to pin the blame on. 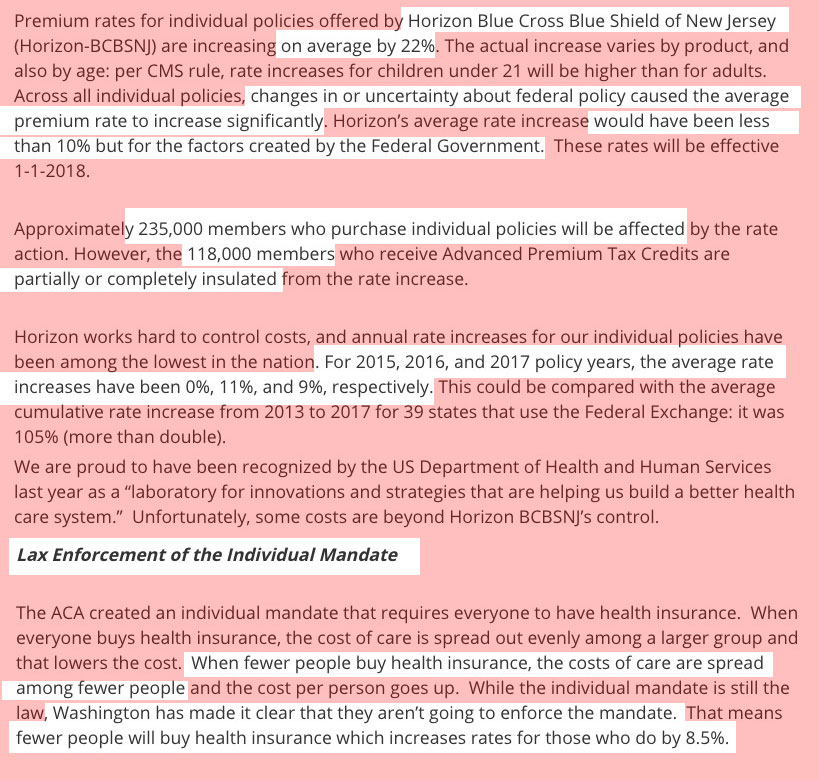