For example, the Ministry of Plenty’s forecast had estimated the output of boots for the quarter at 145 million pairs. The actual output was given as sixty-two millions. Winston, however, in rewriting the forecast, marked the figure down to fifty-seven millions, so as to allow for the usual claim that the quota had been overfulfilled. In any case, sixty-two millions was no nearer the truth than fifty-seven millions, or than 145 millions. Very likely no boots had been produced at all. Likelier still, nobody knew how many had been produced, much less cared. All one knew was that every quarter astronomical numbers of boots were produced on paper, while perhaps half the population of Oceania went barefoot. And so it was with every class of recorded fact, great or small. Everything faded away into a shadow-world in which, finally, even the date of the year had become uncertain. --George Orwell, 1984

Sen. Ted Cruz plans to unveil to Senators at a White House meeting on Wednesday an analysis from the Department of Health and Human Services showing his healthcare Consumer Freedom amendment would lower costs and raise individual enrollment, including those considered "high risk."

The report comes as President Trump attempts to revive talks on a healthcare bill that has failed to garner the support of 50 GOP senators, in part because they fear any change in Obamacare will reduce coverage and raise premiums.

"One way or another, this amendment is going to lower premiums and make people better off," a source close to Cruz told the Washington Examiner.

"One way or another". Just so.

Donald Trump, HHS Secretary Tom Price, Mitch McConnell and Paul Ryan want to pass their Rich Person Tax Cut Bill, dammit, and the CBO is getting in their way.

So, they decided to whip up their own "analysis" of how things would turn out if they got their BCRAP bill, complete with the Cruz amendment, signed into law.

Sure enough, the "analysis" claims that they'd "cover" eleventybillion more people for 1/10th of the cost (slight paraphrase there).

I haven't even gotten that far into it, but right off the bat, as Asst. Professor of Health Policy at Vanderbilt School of Medicine John Graves noted, this is a huge red flag:

Using proprietary elasticity estimates, the model compares current year and prior year premium costs for individuals in each age/income/risk category, to determine the number of individuals choosing to purchase, maintain, or drop coverage, or remain uninsured.

He notes that transparency about elasticity estimates is a really big deal for reports like this. If you don't know what formula they used to draw their conclusions, there's no way of knowing whether that formula/reasoning makes any logical sense or not.

Ah, yes. A $12,000 average deductible per year, per enrollee, for a Cruz plan. Yes, that would allow you to cut premiums down a bit, I would think.

"they aren't comparing to like numbers...it compares the ACA enrollment weighted number to the estimate for a 40-year old."

Sarah Kliff of Vox noted that the average age of ACA exchange enrollees is 48, not 40. Sure enough...

Scenario premiums are for age 40 and do not include premium assistance under the current law or Consumer Freedom Amendment. Enrollment weighted average contains all ages.

So how big of a difference does that make? Well, assuming a 3:1 age band ratio... 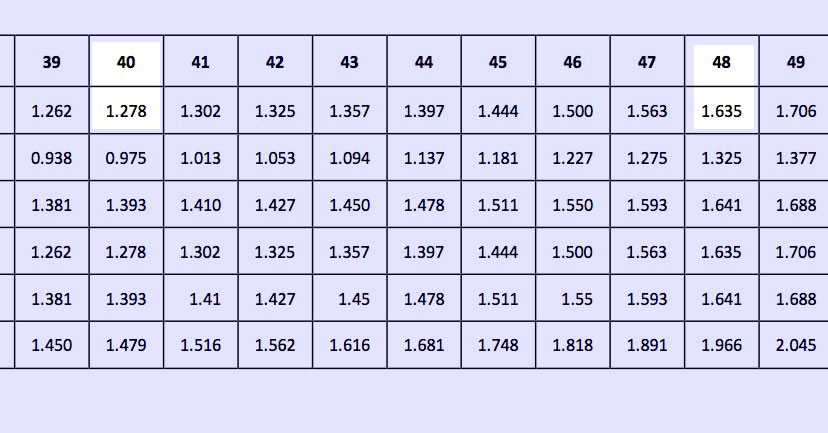 ...I think this means that the HHS "analysis" of what premiums would be compared to the ACA model is already 28% too low right off the bat.

Of course, there's also the fact that the BCRAP bill would allow age bands to change from 3:1 to 5:1, which would obviously impact things further; I'm not sure about this so I'll leave it at that for now, and will update this post if it turns out I'm way off base.

UPDATE: Oh for God's sake. It's even worse than I thought:

This thread is important -- HHS analysis is not of all of BCRA but just of Cruz Amendment. Many things in analysis are stacking the deck... https://t.co/sc5xl4FkT8

Far from the only issue, but HHS’s assumption that ACA subsidies stay in place in all scenarios likely has significant effect on results.

The HHS analysis seems to compare the ACA with and without the Cruz amendment. It doesn't appear to incorporate the BCRA at all.

The only major change to the ACA noted in the HHS analysis of the Cruz amendment seems to be 5 to 1 age rating.

This sorta seems like a baseline-ish change - that all states including MA etc would allow all carriers to have the Cruz plans. pic.twitter.com/A53g9QfBZs