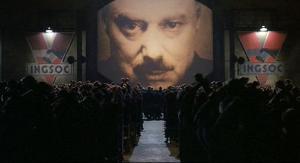 Let's hop in the Wayback Machine, shall we, Sherman?

Here's what I posted on my FAQ page over three years ago:

my data comes from a variety of sources, including the HHS, the State-Run Exchange press releases and news outlets ranging from small local newspapers to major national news outlets. I do not guarantee that any of their data is accurate, but I do guarantee that any of their data that I enter into the spreadsheet is as accurate as I can make it given my limited time and resources. Occasionally I may make an honest mistake; when this happens, I attempt to correct it as quickly as possible and will also post an explanation of what happened in the blog as appropriate.

...Is it possible that some of the numbers provided by the HHS, local news outlets or national news outlets is erroneous? Of course. If so, is this deliberate on their part? Anything's possible, but I doubt it. We're all human; reporters make mistakes; editors make mistakes; government employees make mistakes and I make mistakes. All I can say is that I'm doing the best I can to keep the data on this site as accurate as I can, and I promise to make corrections (with notifications of those corrections as appropriate) as quickly as I can if they happen.

Don't get me wrong: The HHS Dept. and CMS (or is it "the CMS division"? I've never been sure how to refer to it) have indeed made mistakes with their own data in the past; the most egregious case was probably the infamous "DentalGate" incident, in which CMS overstated how many effectuated exchange enrollees there were by around 400,000 people (these turned out to be double-counted standalone dental plan enrollees instead). There've been other oddball data glitches, most of which were simple clerical errors or typos which were corrected within a few hours or days of being originally posted. Stuff happens and we're all only human, after all.

UPDATE: It's Price after all.

Anyway, I'll do my best to analyze/report the numbers as accurately as possible, praying the entire time that I'm not simply an unpaid version of Winston Smith, substituting one piece of nonsense for another.

In addition, the Congressional Budget Office is battening down the hatches for the bullshit storm to come:

UPDATE 1/22/17: This was tweeted out this morning by Anna Rascouet-Paz; I don't know who the original source is beyond "someone who worked for a past administration", but it makes total sense to me:

If you are puzzled by the bizarre "press conference" put on by the White House press secretary this evening (angrily claiming that Trump's inauguration had the largest audience in history, accusing them of faking photos and lying about attendance), let me help explain it. This spectacle served three purposes:

1. Establishing a norm with the press: They will be told things that are obviously wrong and they will have no opportunity to ask questions. That way, they will be grateful if they get anything more at any press conference. This is the PR equivalent of "negging", the odious pick-up practice of a particular kind of horrible person (e.g., Donald Trump).

2. Increasing the separation between Trump's base (1/3 of the population) from everybody else (the remaining 2/3). By being told something that is obvoiusly wrong--that there is no evidence for and all evidence against, that anybody with eyes can see is wrong--they are forced to pick whether they are going to believe Trump or their lying eyes. The gamble here--likely to pay off--is that they will believe Trump. This means that they will regard media outlets that report the truth as "fake news" (because otherwise they'd be forced to confront their cognitive dissonance.)

3. Creating a sense of uncertainty about whether facts are knowable, among a certain chunk of the population (which is taking a page from the Kremlin, for whom this is their preferred disinformation tactic). A third of the population will say "clearly the White House is lying", a third will say "if Trump says it, it must be true", and the remaining third will say "gosh, I guess this is unknowable." The idea isn't to convince these people of untrue things, it's to fatigue them, so that they will stay out of the political process entirely regarding the truth as just too difficult to determine.

This is laying the groundwork for the months ahead. If Trump's White House is willing to lie about something as obviously, unquestionably fake as this, just imagine what else they'll lie about. In particular, things that the public cannot possibly verify the truth of. It's gonna get real bad.

UPDATE 1/22/17: This morning on MSNBC, Joy-Ann Reid, Joan Walsh and E.J. Dionne reiterated pretty much everything I've said above: