Vermont will likely only end up tacking on another 1,000 or so to their current 29K tally. Minnesota (currently 106K as of January 10th), on the other hand, has a special situation. I'm guessing they added perhaps 5K - 10K during the final 3 weeks of the official Open Enrollment Period which ended on 1/31/17...but they also added an 8-day Special Enrollment Period onto the end of that, which also features a 25% premium discount for enrollees who wouldn't normally qualify for federal tax credits (APTC).

Minnesota claims that there's around 125,000 people who are currently paying full price for individual policies, mostly via off-exchange policies, who are eligible for this discount. The catch is that in order to take advantage of it, they'd have to enroll through MNsure, the state ACA exchange. Other MN residents are also eligible to enroll via MNsure during this SEP (which ends in just a couple of hours) as well.

This means that Minnesota could, theoretically, more than double their QHP selection total to over 200,000 people. This is unlikely, but they are holding an actual press conference tomorrow morning specifically to discuss it, which is unusual, so who knows?

It's also worth noting that Basic Health Plan enrollments, which were a nominal number as long as MN was the only state participating in the BHP program, have exploded now that New York has joined in. When you include BHPs with the total, the national number of non-Medicaid ACA exchange enrollments is much higher...nearly 13.0 million, a mere 1.4% behind last year's grand total. 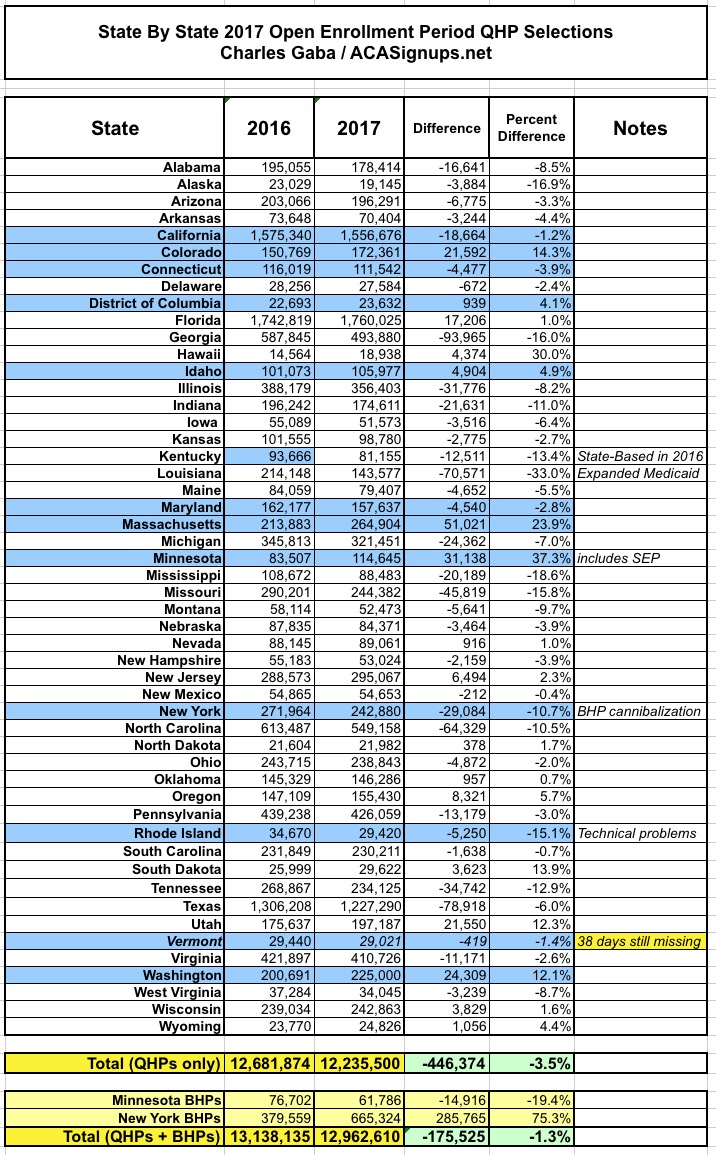 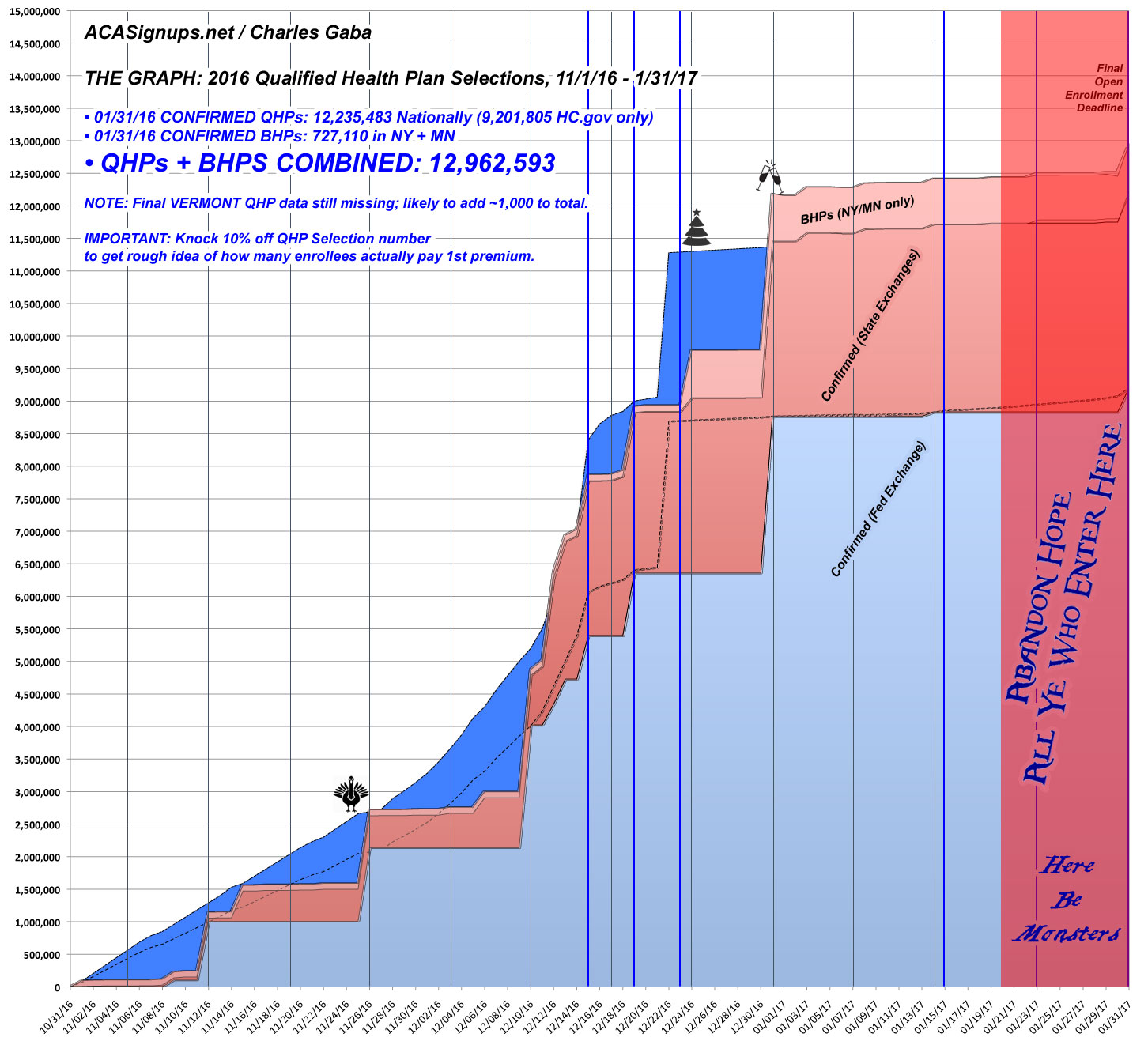