YES, you should ABSOLUTELY enroll TODAY *regardless* of the craziness.

That means you still have just over 14 hours to enroll for a Qualified Health Plan for the rest of 2017. If you enroll today (and pay your first month's premium), your policy will go into effect starting March 1st, and as long as you keep paying your premiums, should remain in effect until December 31st.

Many people are understandably concerned or outright scared about what will happen to their coverage given the insanity swirling around the Trump Administration, the Republicans in the House and Senate actively taking steps to repeal the ACA and so forth.

Now, I've already said many times that 2018 coverage options are likely to be a complete disaster thanks to the massive uncertainty and sabotage being deliberately created by both Donald Trump and the GOP. For the current year, 2017, it's a different story.

So, here's what you need to know:

If Donald Trump or the incoming HHS Secretary (presumably Tom Price unless the Democrats are able to convince 3 GOP Senators to block his nomination) were to order CSR carrier reimbursements to be discontinued, then yes, that would trigger an "exit clause" provision of the contracts between the government and the insurance carriers which may allow them to immediately (as in, the end of that month) terminate most (or possibly all) of their ACA exchange policies. On the other hand, it's also possible that state consumer protection laws would prevent them from doing so. This may vary from state to state.

IN ADDITION, while no one (including them) has the slightest clue which "replacement plan" the GOP has in mind for the ACA, many of the various "plans" floating around include a "continuous coverage" clause--that is, you'd only be covered for pre-existing conditions if you've maintained continus coverage prior to the new law going into effect. This means that if you let your coverage lapse for, say, 9 months this year, you might have to wait another 9 months before being allowed to sign up next year.

With that as a possibility, it's even more important to make sure you're covered now. Therefore, it's still in your best interest to enroll today and hold onto that policy through the end of this year if at all possible.

In fact, there's only one situation in which I'd recommend that someone might be better off not enrolling in an on-exchange policy: Those who:

If that's you, you might consider enrolling directly through your insurance carrier. You don't qualify for federal financial assistance anyway, and enrolling off-exchange may keep your policy intact for the rest of the year even in the "Cancelled CSR" scenario. Then again, that might not be accurate either; I'm not sure if the "exit clause" applies exclusively to exchange-based policies or if off-exchange plans could theoretically be terminated as well.

*(If you live in Minnesota, you can actually still enroll as late as February 8th, and those over 400% FPL still qualify for a 25% premium discount!)

UPDATE 5:00pm: I've been checking HC.gov now and again all day, and sure enough, it's been bringing up the "Waiting Room" message pretty consistently ever since around 2pm. Note that according to Aisling McDonough, a communications rep. at CMS, the actual deadline is Midnight Pacific time, which is 3:00am Eastern time. 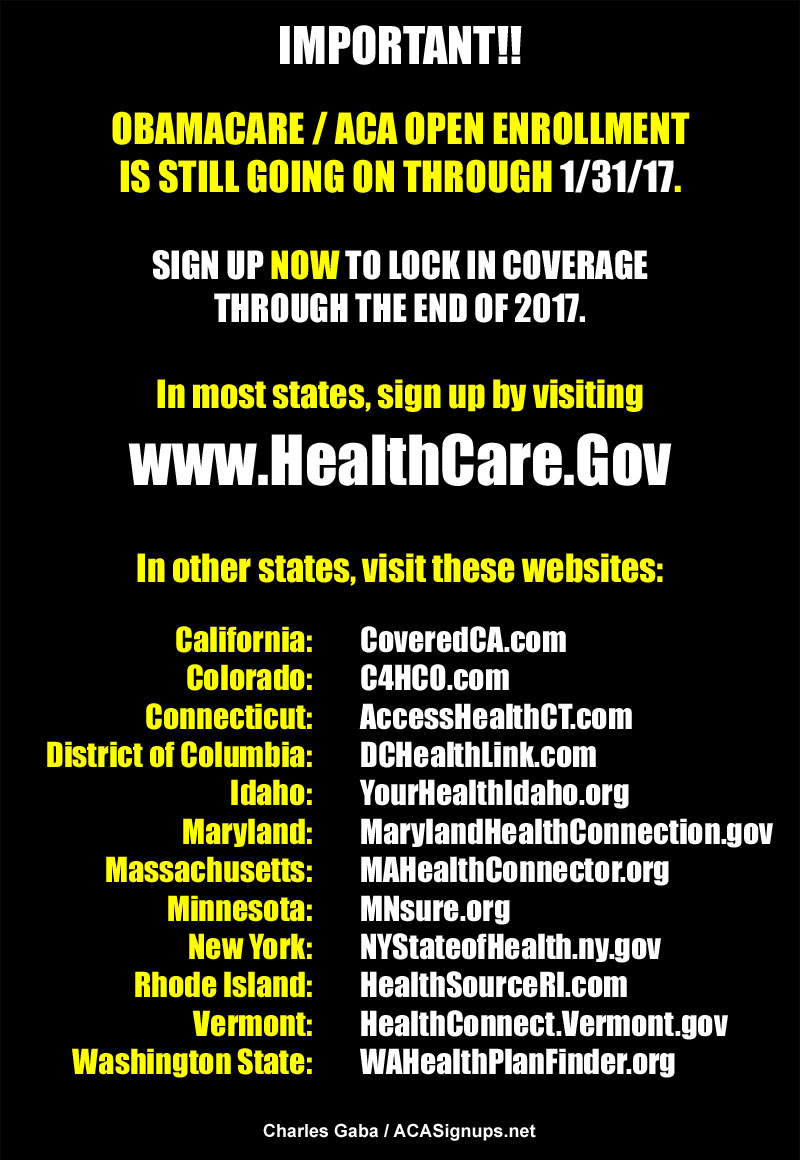