The Access Health CT board held their monthly meeting this morning, including their first official 2017 Open Enrollment Period enrollment numbers. This slide is a little confusing but I think I've figured it out: 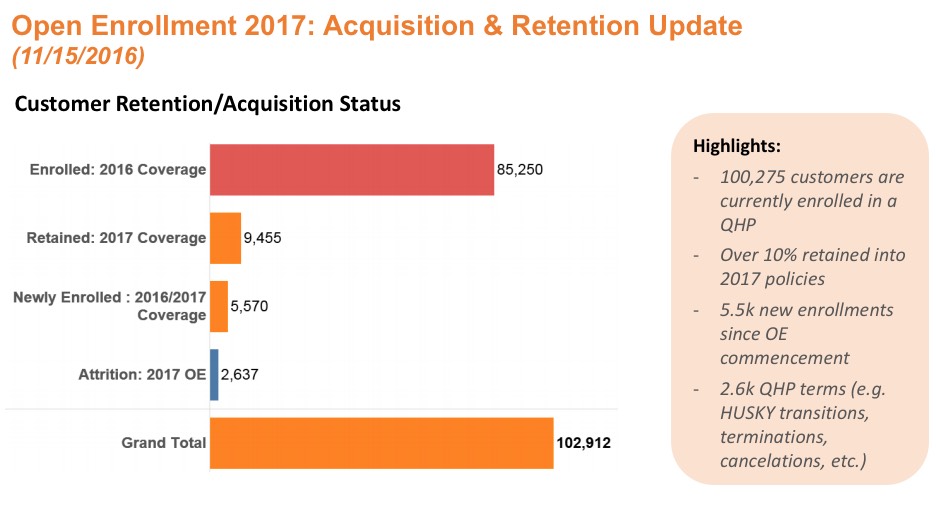 If I'm reading this correctly, it looks like they currently have 85,250 people enrolled in effectuated exchange policies. 9,455 have actively renewed/re-enrolled into either their existing policy or a different one, plus another 5,570 brand-new enrollees who have signed up, for a total of 15,025 QHP selections for 2017.

What's confusing me is that they also say that "100,275 are currently enrolled"...which you only get by adding all 3 of those numbers together, which makes little sense to me.

I think what they mean is that there's 102,912 currently enrolled of which 9,455 have gone on to actively renew/re-enroll and another 2,637 have already actively cancelled/discontinued their policy (basically, they've given notice that they won't be re-upping next year), leaving a pool of 85,250 current enrollees who could still do one or the other.

UPDATE: OK, I asked for further clarification and got this response, which doesn't quite answer my question but does update the numbers a bit more:

@charles_gaba 6,630 are new enrollees as of yesterday.

Anyway, there are several other slides which break out some additional early demographic data about which plans these people are choosing and so forth: 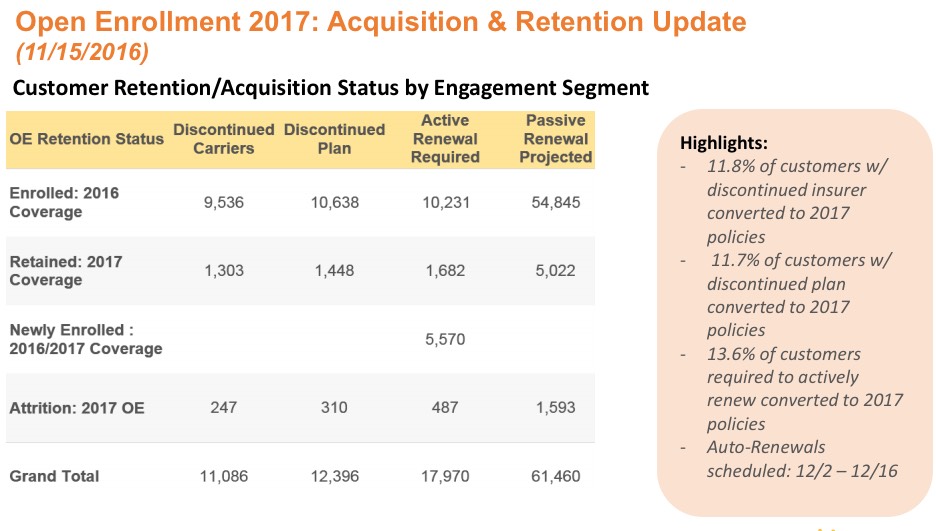 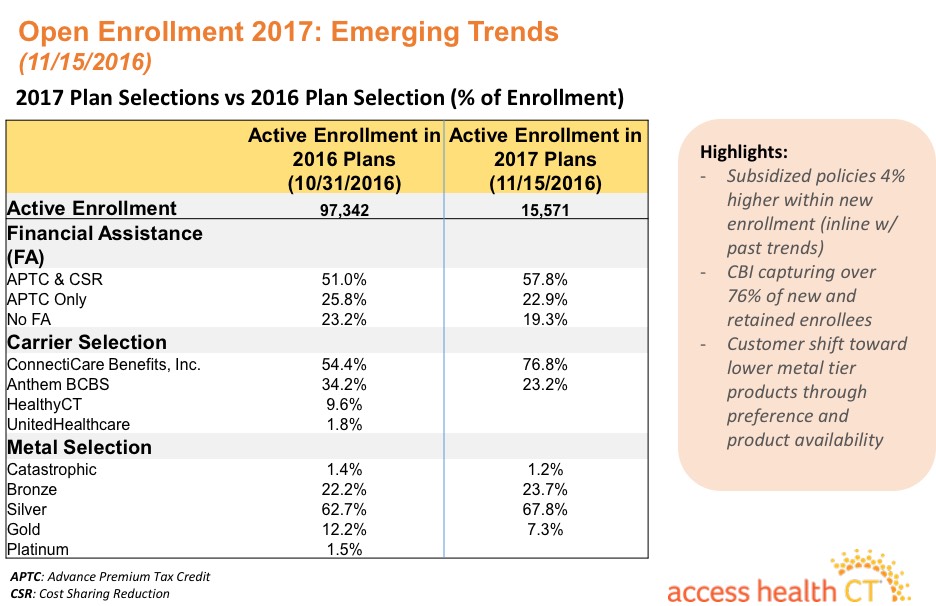 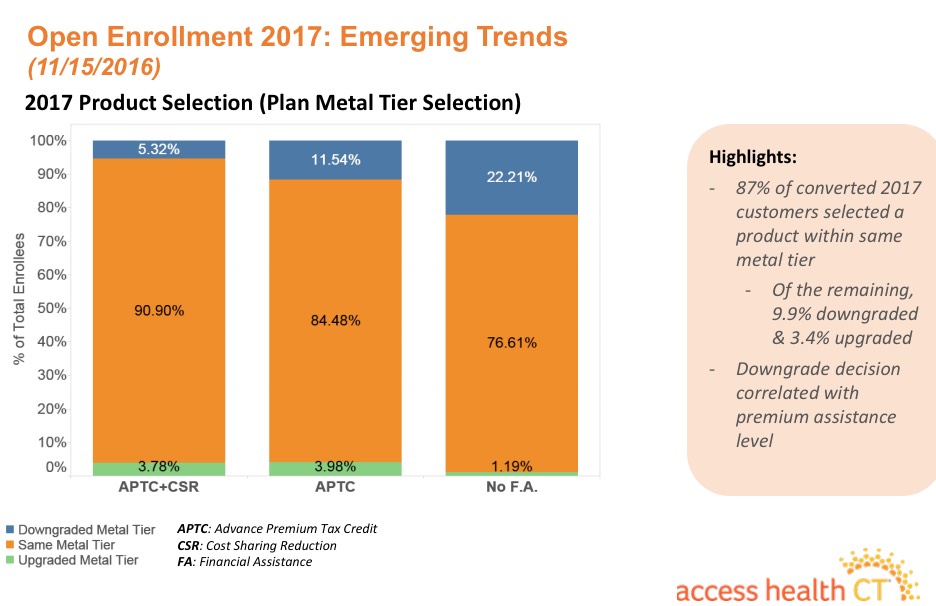 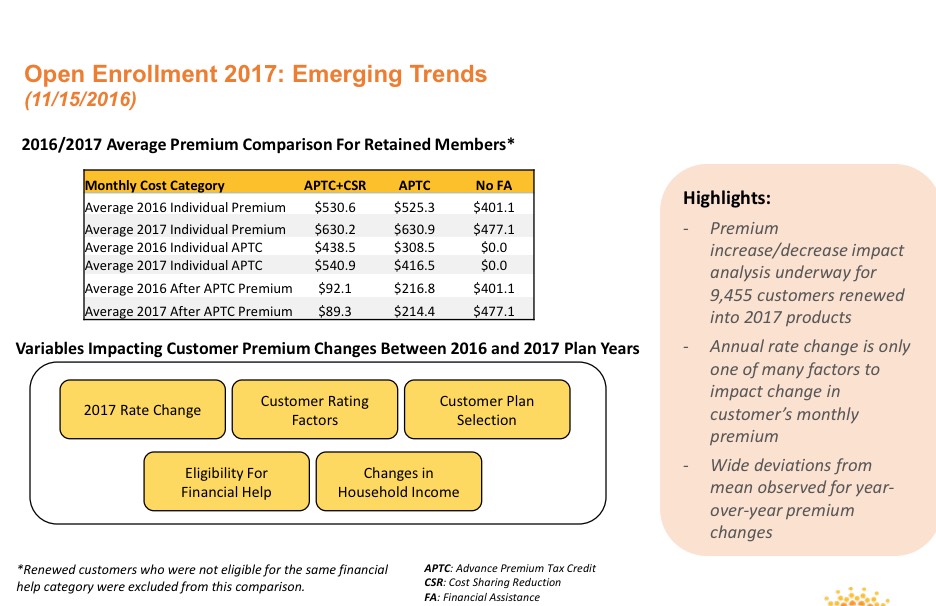 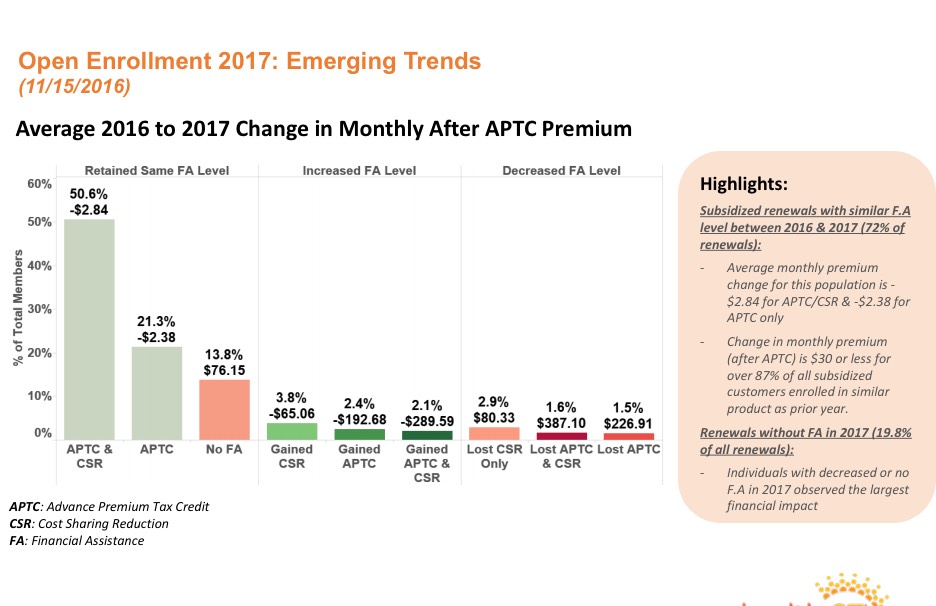