It's been nearly 2 weeks since the last update to my 2017 Requested Rate Hike project. While I've locked down the requested increases for 35 states and the District of Columbia, the remaining 15 states seem to be pretty quiet about their 2017 rate filings. Today, however, I'm able to fill in at least half of the puzzle for one state: South Dakota.

To the best of my knowledge, there are only 6 carriers offering policies on the SD indy market: Avera, DakotaCare (off-exchange only), Sanford, SD State Medical, Celtic and Wellmark BCBS. It's worth noting that DakotaCare is in the process of being bought out by Avera, but I'm not sure whether they'll be submitting separate filings or not.

SD's total individual market was roughly 73,000 people in 2014, and has presumably grown since then to perhaps 90,000 today...including grandfathered and transitional enrollees.

Anyway, while I still haven't seen any filings submitted for 2017 ACA-compliant policies, Wellmark BCBS did recently submit their rate filing for grandfathered and transitional policies...and while I don't normally focus much on these, this filing is interesting because it gives some insight into SD's GF/TR market. 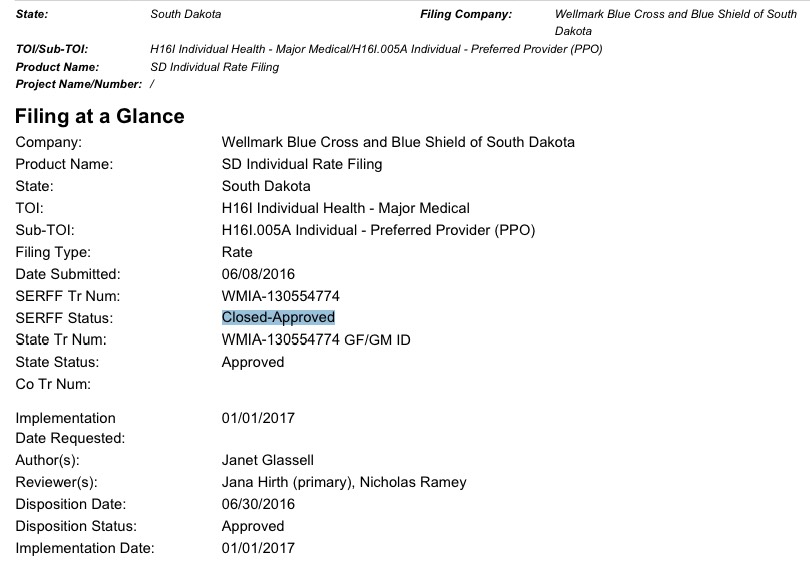 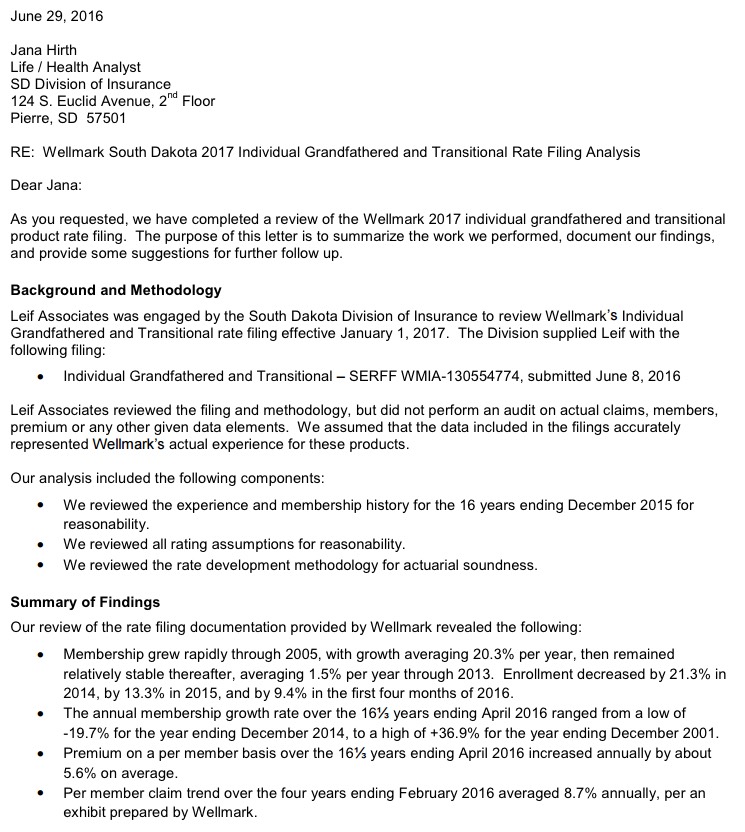 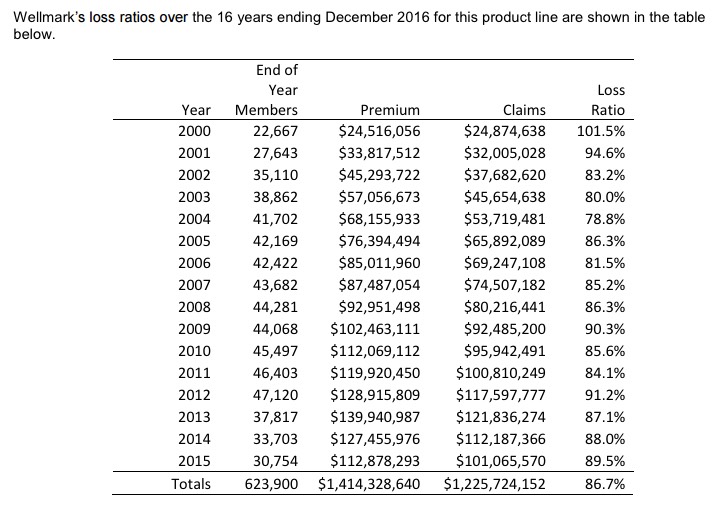