My home state of Michigan has finally published the "Part II - Consumer Justification Narrative" carrier filings for 14 of the 15 carriers offering individual market plans next year. The combined total number of current enrollees comes in at around 390,000 including both on and off-exchange numbers. Last year, Michigan had 560,000 people on the ACA-compliant individual market, so it's important to note that there's likely at least 170,000 people missing from this analysis. However, many of these are likely found here:

It should be noted, however, that last year, "Priority Health Insurance Co." had only about 1/10th as many enrollees as "Priority Health". If that ratio holds up this year, that should only be around 9,000 people, which is unlikely to skew the statewide average up or down by much.

With that in mind, here's how the requested hikes shake out in the Wolverine state for the bulk of indy market enrollees next year: 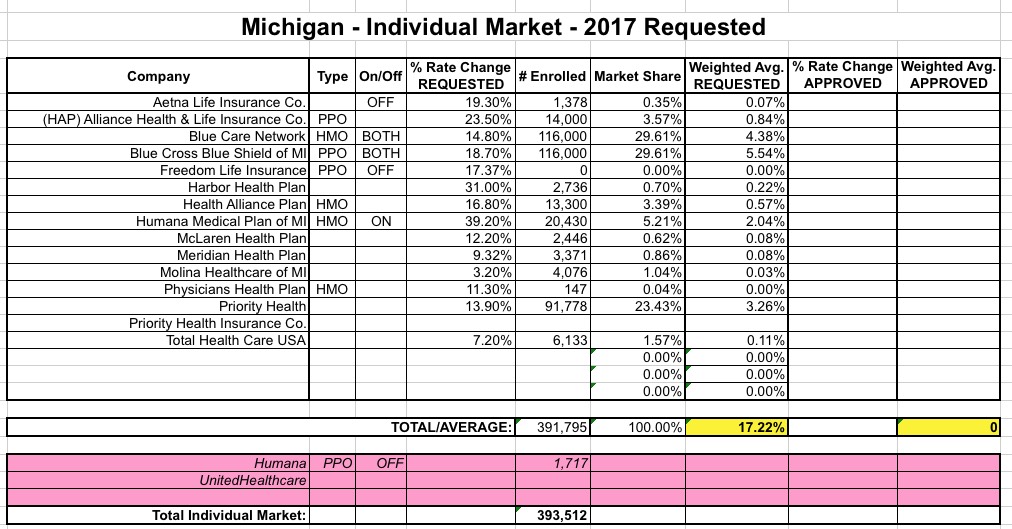 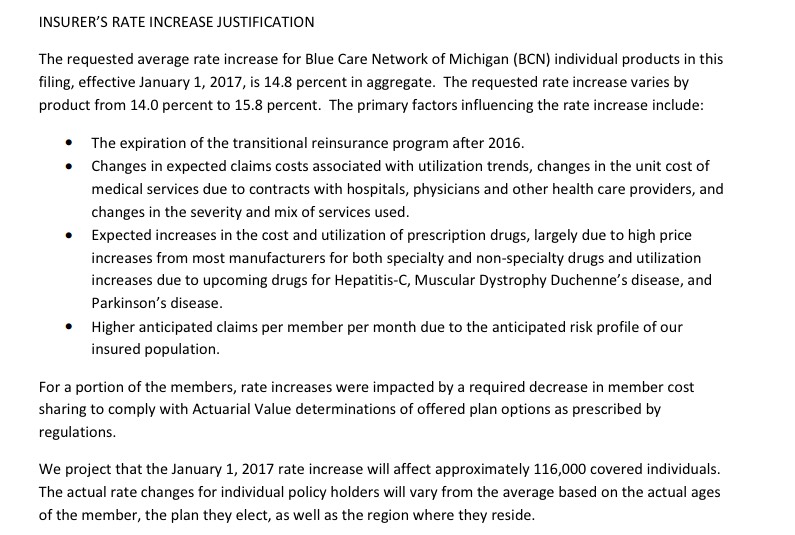 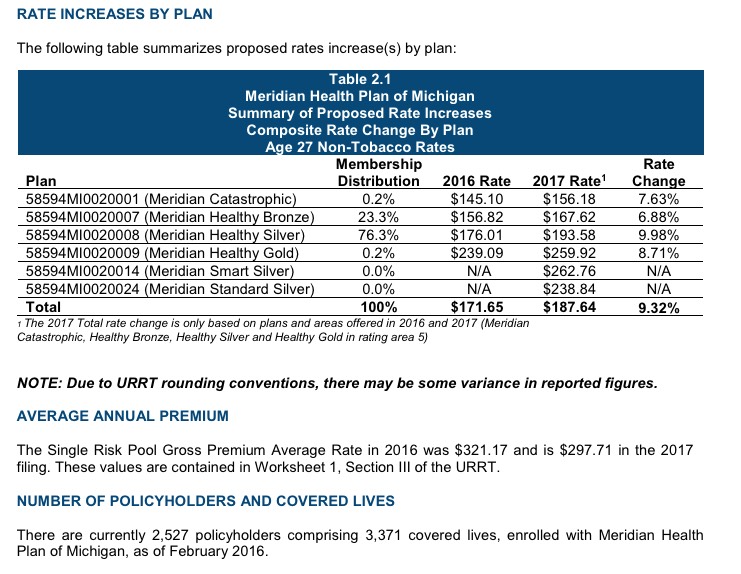 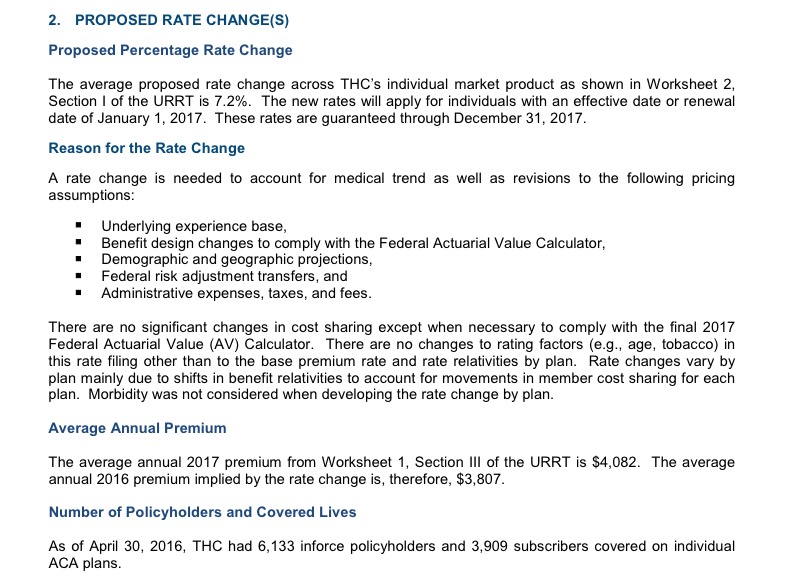 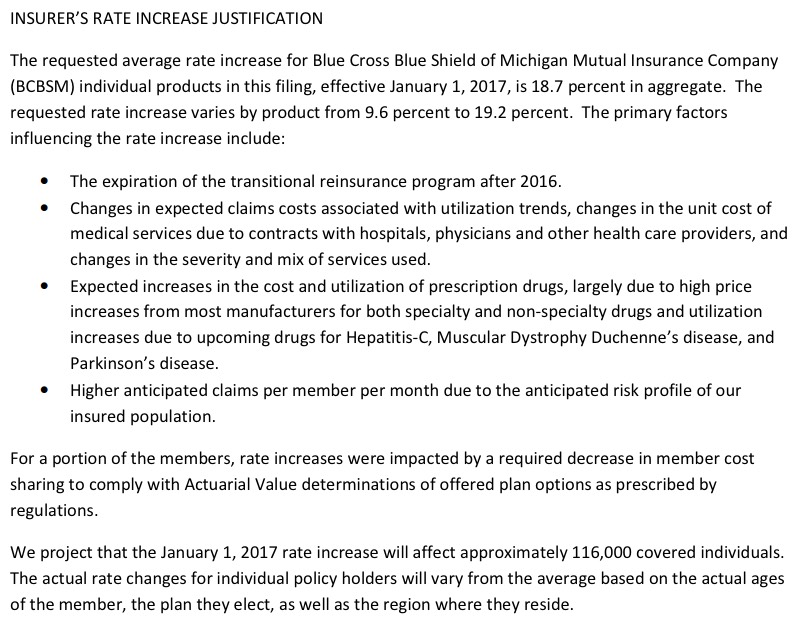