LAST CHANCE TO VOTE (or vote AGAIN) for our Netroots Nation Healthcare Panel!! 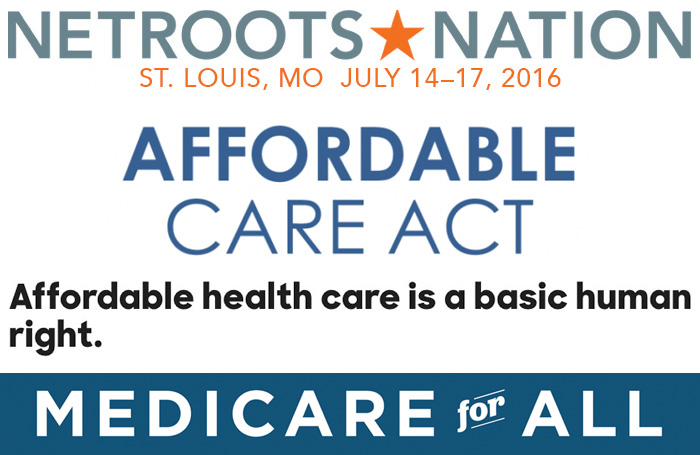 Hey, all...as you may recall, I'm hoping to be part of a panel discussion about the ACA and the future of healthcare in the U.S. at this summer's Netroots Nation convention in St. Louis, Missouri (July 14-17).

A week or so ago I sent out a request that folks visit the Netroots Nation website, create an account and vote for our panel. I'm sending it out again because the voting deadline is midnight tonight (Thursday, March 17), so this is your last chance to help ensure that our panel is included.

Netroots Nation is a huge annual convention for progressive activists (particularly bloggers/etc, as you'd imagine). They hold about 90 panel sessions out of several hundred submitted every year. This year they're handling panel selection a bit differently: They've opened them up to voting; the top 10 vote-getters are automatically included on the agenda, while I presume the other 80 are still chosen by a committee as usual.

You can vote once per day, so if you've already voted, you can do so one more time by midnight. As of this writing, we're tied for 10th by the skin of our teeth, so every vote we can get by then helps.

Anyway, here's the details. In order to vote, you have to create an account, but you aren't committing yourselves to anything else. Here's the relevant links:

The panel itself, if approved, would include myself along with:

The topic of the panel would essentially boil down to the "incremental improvements or single payer now" debate which I stuck my foot into back in January/February:

Getting to Zero Percent Uninsured: Small Steps and Large Goals

The ACA has cut the uninsurance rate almost in half, but it's still left a bit more than 10% of the adult population uninsured, and a larger chunk underinsured. Where do we go from here? How can we make quality healthcare affordable to all without busting federal & state budgets?

That question suggests 2 more: What healthcare system would be ideal and how can we move toward it given current US political realities? Combining long- and short-term thinking, we will consider healthcare reform 2.0 under the following circumstances:

I'd appreciate it if folks could give us a hand in getting our panel on the schedule, thanks!