The Massachusetts ACA exchange reported exactly 196,554 QHP selections (including the still-qualifying "ConnectorCare" plans) as of January 31st, the final day of the 2016 Open Enrollment Period.

They just held their March board meeting, which always include highly detailed powerpoint charts & graphs running through the end of the prior month...so here's where things stand after the first month of the off season. The main number: The official effectuated enrollment number is up to 208,374 (remember, Massachusetts doesn't even report QHP enrollees until they've actually paid their premium. It'd be awesome if every other exchange was able to do so as well, as that would finally kill off the "But how many have PAID??" talking point once and for all.

Anyway, that's 11,820 more people enrolled in QHPs since the end of open enrollment, or 407 per day, compared to 2,136 per day during OE3. That's about 19% of the on-season average, which is much higher than the 4.5% reported by Minnesota earlier today, but bear in mind that "ConnectorCare" doesn't actually have a limited enrollment period but makes up about 75% of MA's QHP total, so that's not really a fair comparison to other states.

A more accurate measure would be to ignore ConnectorCare numbers for a moment and just look at the Unsubsidized QHPs + Non-ConnectorCare QHPs:

That's 1,726 in February, or 59/day, vs. 543/day during OE3. That means Massachusetts is still enrolling about 11% as many people per day during the off season as Open Enrollment itself, more than double Minnesota's rate, even when you ignore ConnectorCare.

Assuming the 407/day total QHP rate holds all year, Massachusetts would be looking at an additional 100,000 people by the end of October, although there would obviously be some attrition of existing enrollees as well along the way. Still, it's important to remember that the 208K figure already includes those who've dropped coverage (they added 19,477 people in February while losing 7,657 for a net increase of 11,820).

UPDATE: Hmmm...according to the official ASPE report released today, Massachusett's official QHP selection number as of 1/31/16 was actually 213,883...or 5,500 higher than it is today, which makes no sense when compared to the numbers/graphs below. A representative from the MA Health Connector is checking into the discrepancy.

In addition, the rep reminded me that since MA only counts people as having "Selected Plans" after they've acutally paid the premium, some of the "February" enrollees may actually be folks who signed up before 1/31 but didn't actually pay the premium until as  late as 2/23. This likely accounts for the seemingly higher-than-expected "off-season" rate so far. 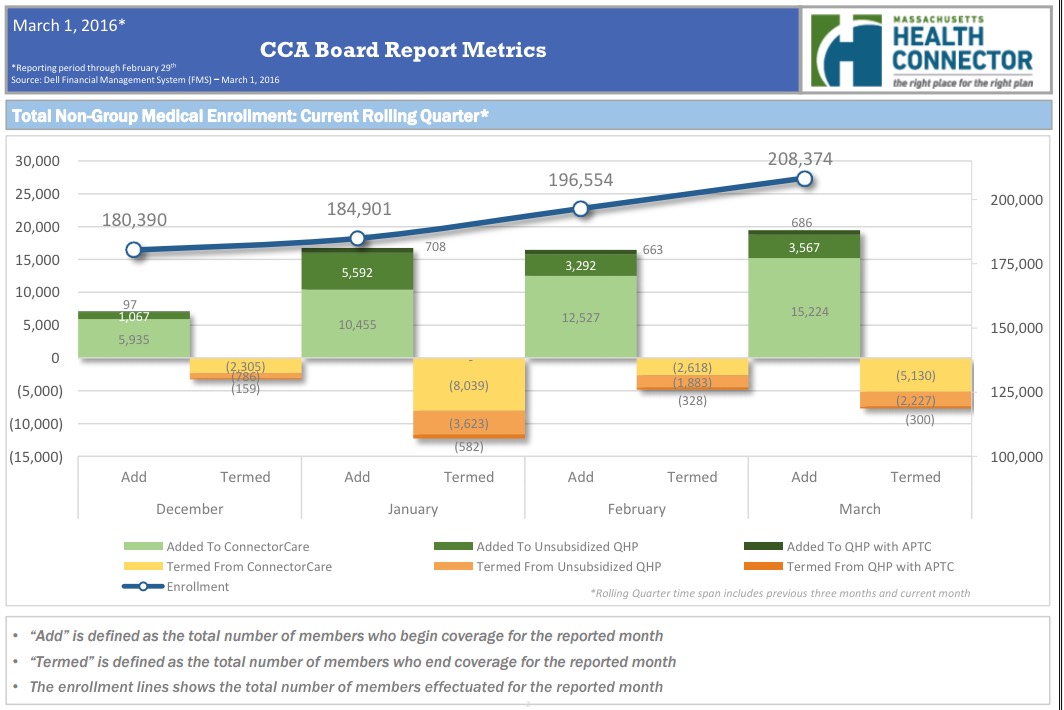 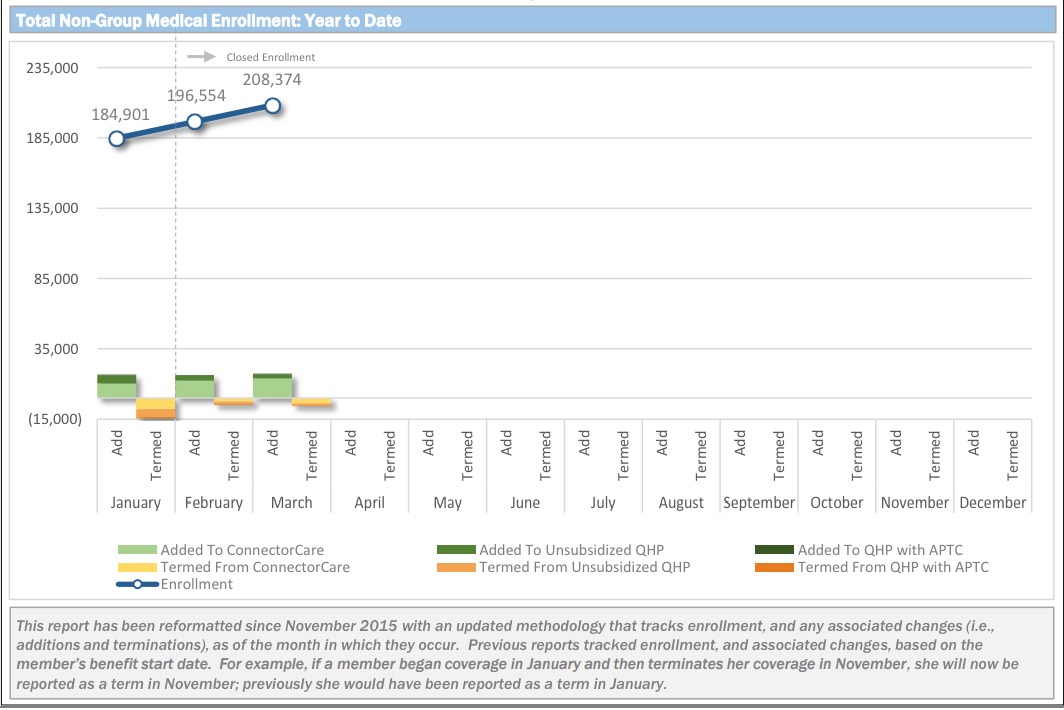 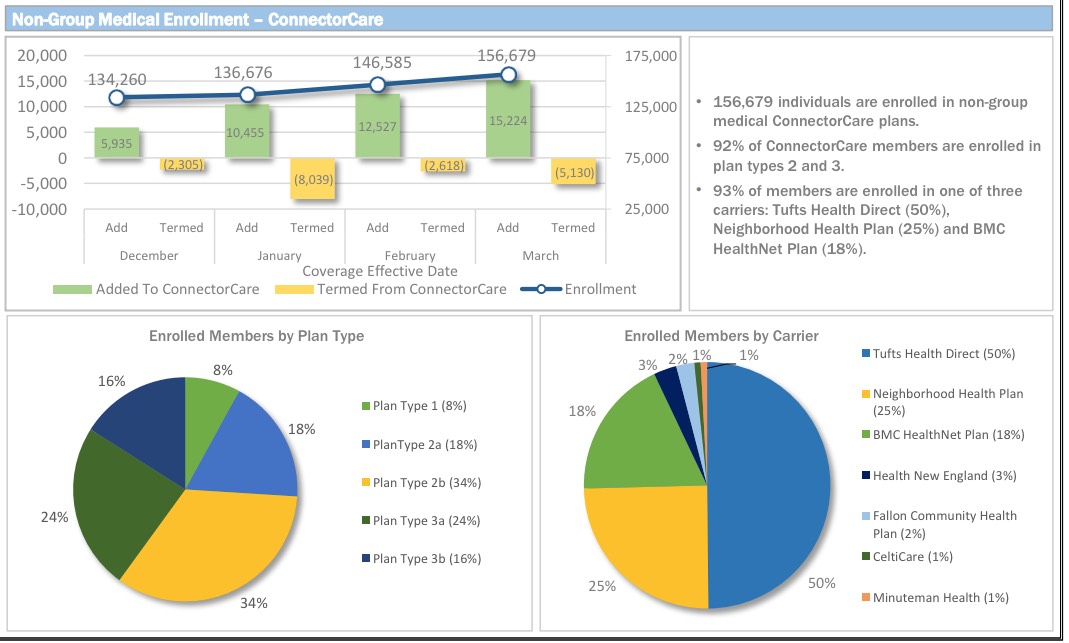 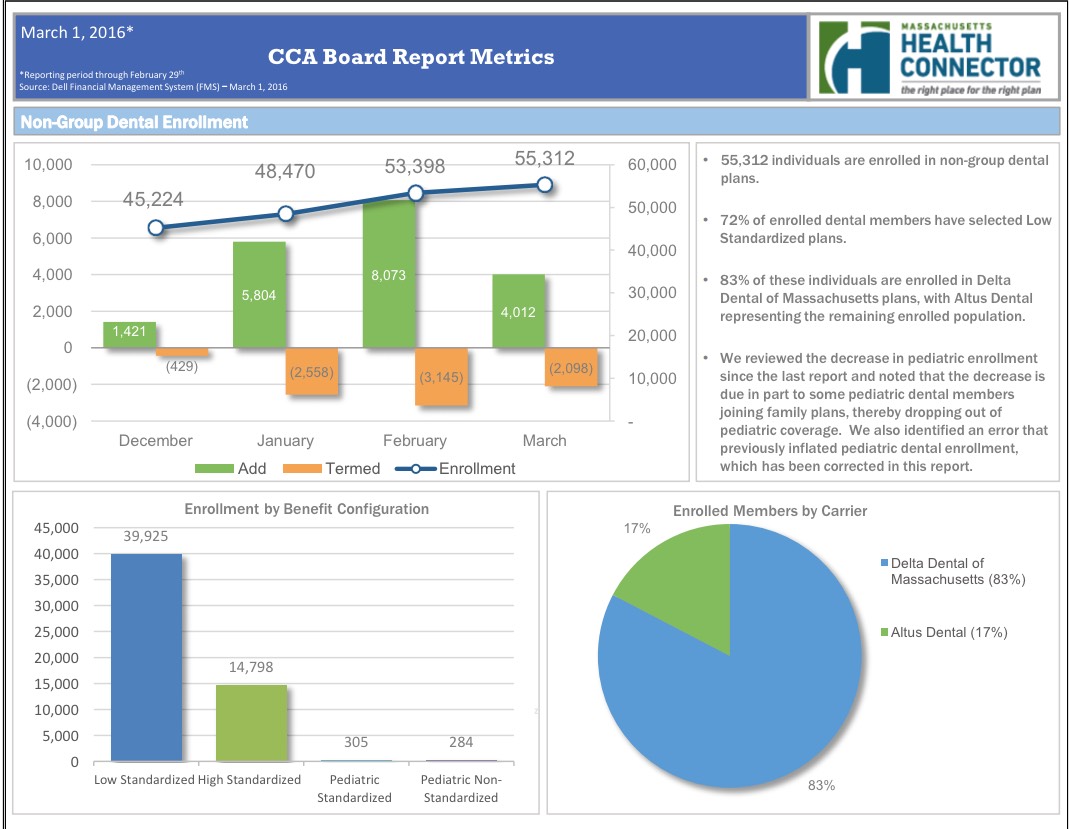 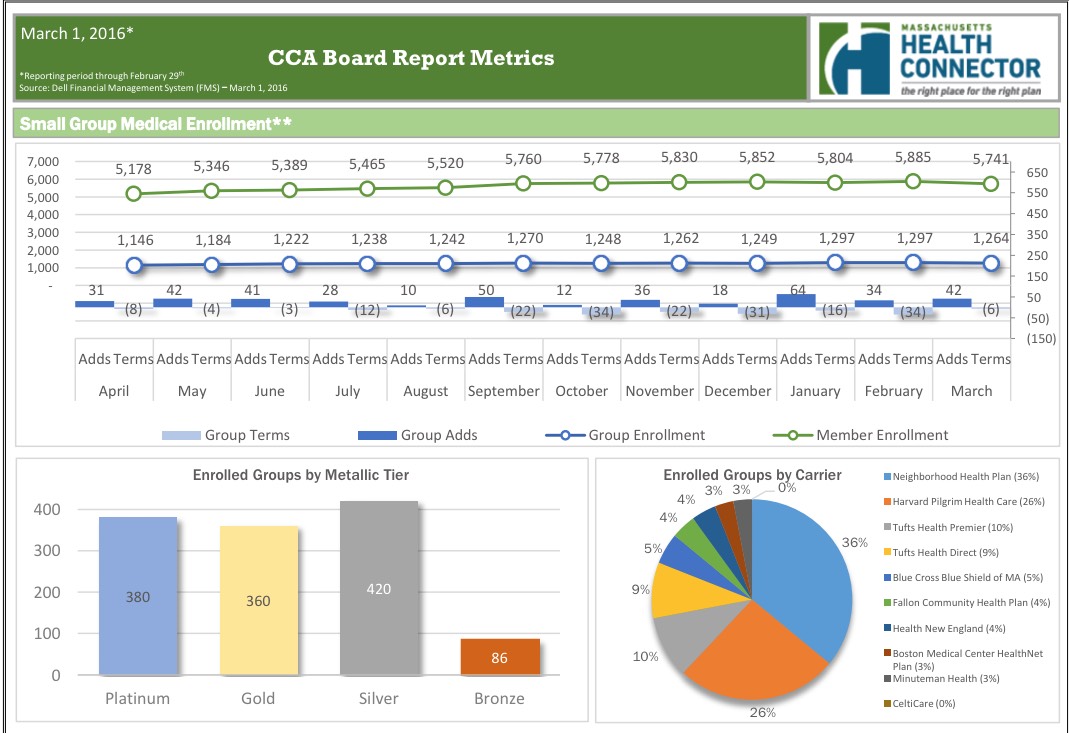 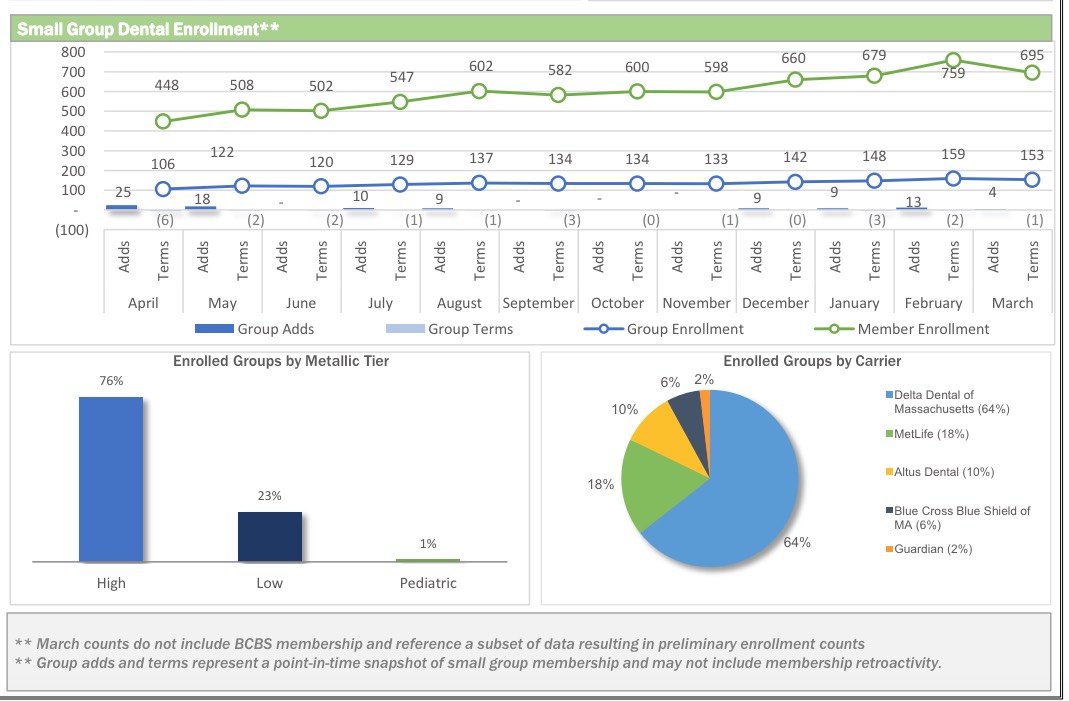