Just today, the PA Dept. of Insurance published all of their approved rate changes, and not only have they slashed the rates significantly for many carriers, they also included PDFs which clearly state exactly how many people would be impacted by them for every single company!

Here's what it ends up looking like for the Keystone state: 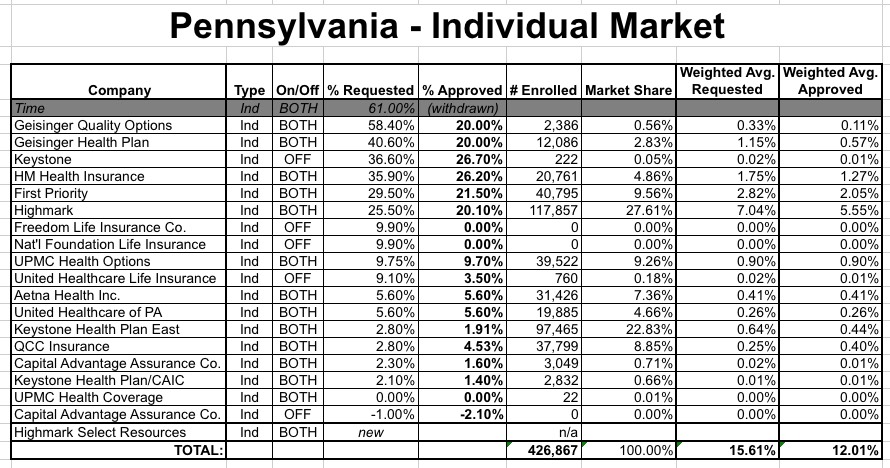 As you can see, when all the numbers are plugged in, the requested weighted average increase was about 15.6%, which is a bit higher than the current average but not by too much.

However, with the approved rates entered, the overall, state-wide weighted average increases have been knocked down by 3.6 percentage points, to 12.0%.

While this isn't great, it does fall right  in the 12-14% average range which I've been seeing for the rest of the country.