This tells us that all 73,223 current exchange enrollees in MS have to be enrolled via companies requesting <10% hikes. Since Mississippi likely has roughly 127,000 ACA-compliant individual policy enrollees total this year (see bottom of table below), that leaves around 54,000 enrolled in the two higher-hike carriers. One of them (UHC) has listed their affected membership...which is only about 500 people. That leaves around 53,000 remaining to be enrolled via Blue Cross.

As a result of this, assuming an average 7% hike for the single-digit hike enrollees, that means the statewide weighted average would likely be around 14.9%: 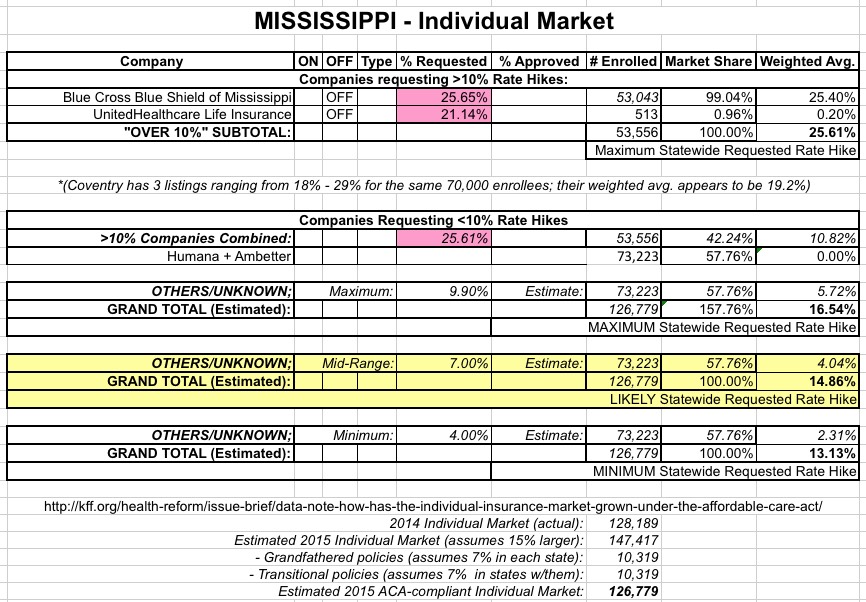