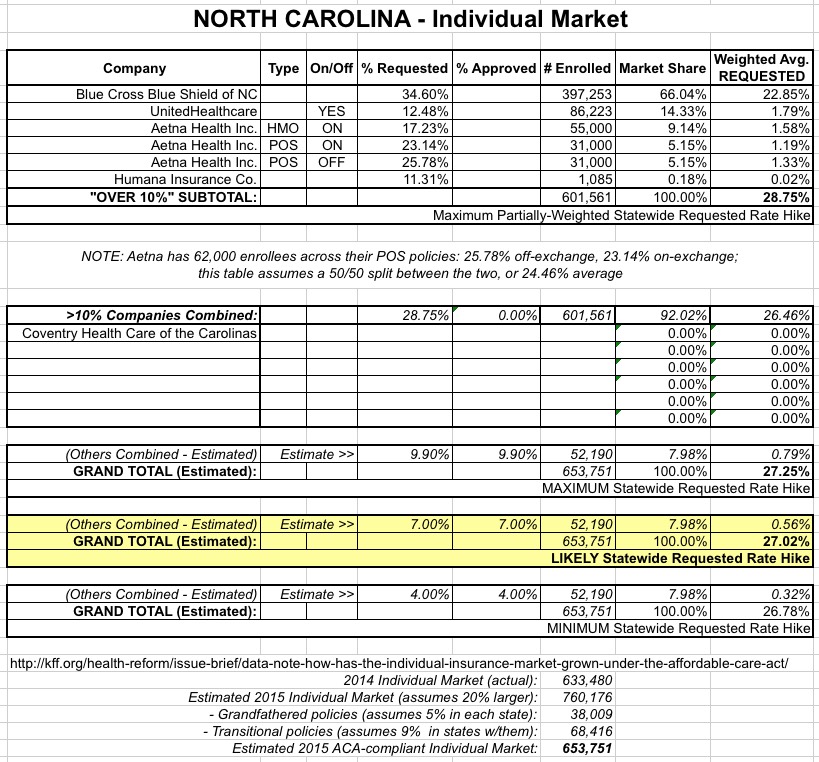 Again, the full explanation is included here, but to the best of my knowledge, it looks like the companies with rate increases higher than 10% come in at a weighted 28.8% increase, but only make up about 92% of the total ACA-compliant individual market, with several other companies with requested increases of less than 10% (decreases in some cases) making up the other 8%.

Assuming this is accurate, the worst-case scenario is around a 27.3% weighted average rate hike. The "missing" companies are all at 9.9% or lower, so the more likely overall average is around 27.0%.