As explained in the first link above, I've still been able to piece together rough estimates of the maximum possible and most likely requested average rate increase for the state's individual market: 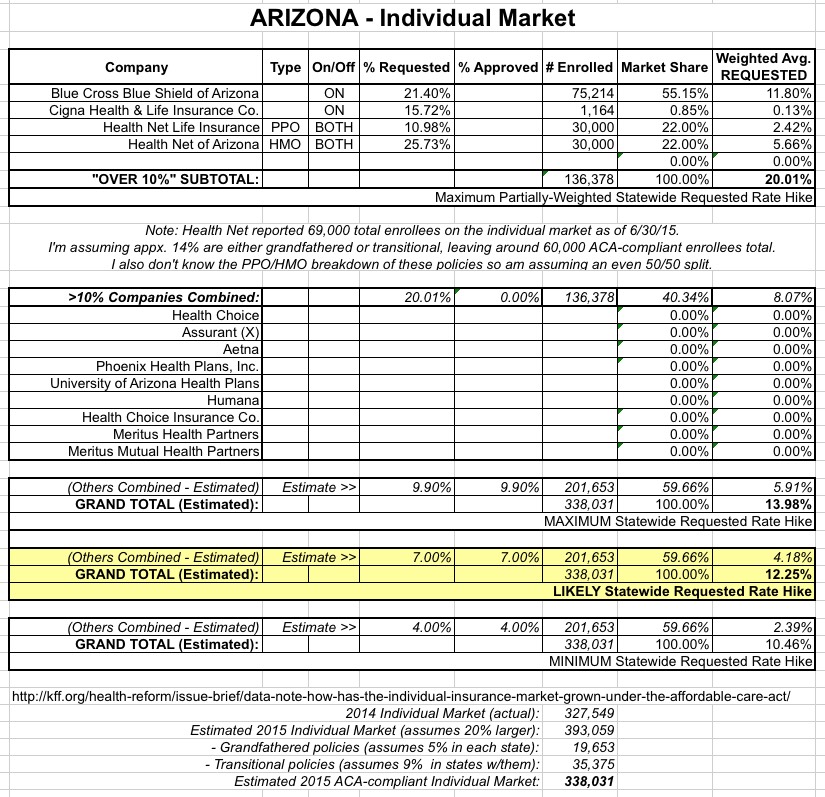 As noted in the table, the Arizona analysis is even more fuzzy than most other states, because the enrollment/market share estimate for Health Net is a guess. According to their Q2 2015 SEC filing (page 49), Health Net had 69,000 people enrolled in individual policies in Arizona as of 6/30/15. They don't break out grandfathered/transitional policies (I'm assuming about 14% combined), nor do they provide a PPO/HMO split, so I'm just going with 50/50, or 60K total ACA-compliant enrollees.

Again, the full explanation is at this link, but to the best of my knowledge, it looks like the companies with rate increases higher than 10% come in at a weighted 20.0% increase, but only make up about 40% of the total ACA-compliant individual market, with several other companies with requested increases of less than 10% (decreases in some cases) making up the other 60%.

Assuming this is accurate, the worst-case scenario for Arizona is around a 14.0% weighted average rate hike. The "missing" companies are all at 9.9% or lower, so the likely overall average is around 12.3%.