As we head into the holiday weekend, and with King v. Burwell finally in the rearview mirror (thank God...and the Supreme Court), it's time once more to update The Graph.

As you can see, assuming appx. 7,500 QHP selections per day nationally during the off-season, the grand total for 2015 should be crossing the 12.8 million mark right about...NOW. (OK, give or take a week or so...it's possible that things slowed down considerably in the days leading up to the King v. Burwell decision due to all the uncertainty...on the other hand, there might have been a mini-surge this week as a bunch newly-married same-sex couples signed up. Who knows?

Of course, this milestone isn't quite as significant as it may sound since the odds are that just as many people are dropping their exchange policies due to life changes (moving onto Medicare/Medicaid, getting a job with healthcare benefits, etc) as are adding them for other life changes, but it's still worth noting, as always. The actual effectuated enrollment figure is likely still hovering around the 10.3 million mark, where I expect it to hang out at until around the start of the 2016 Open Enrollment period, when it'll likely start to drop off a bit. 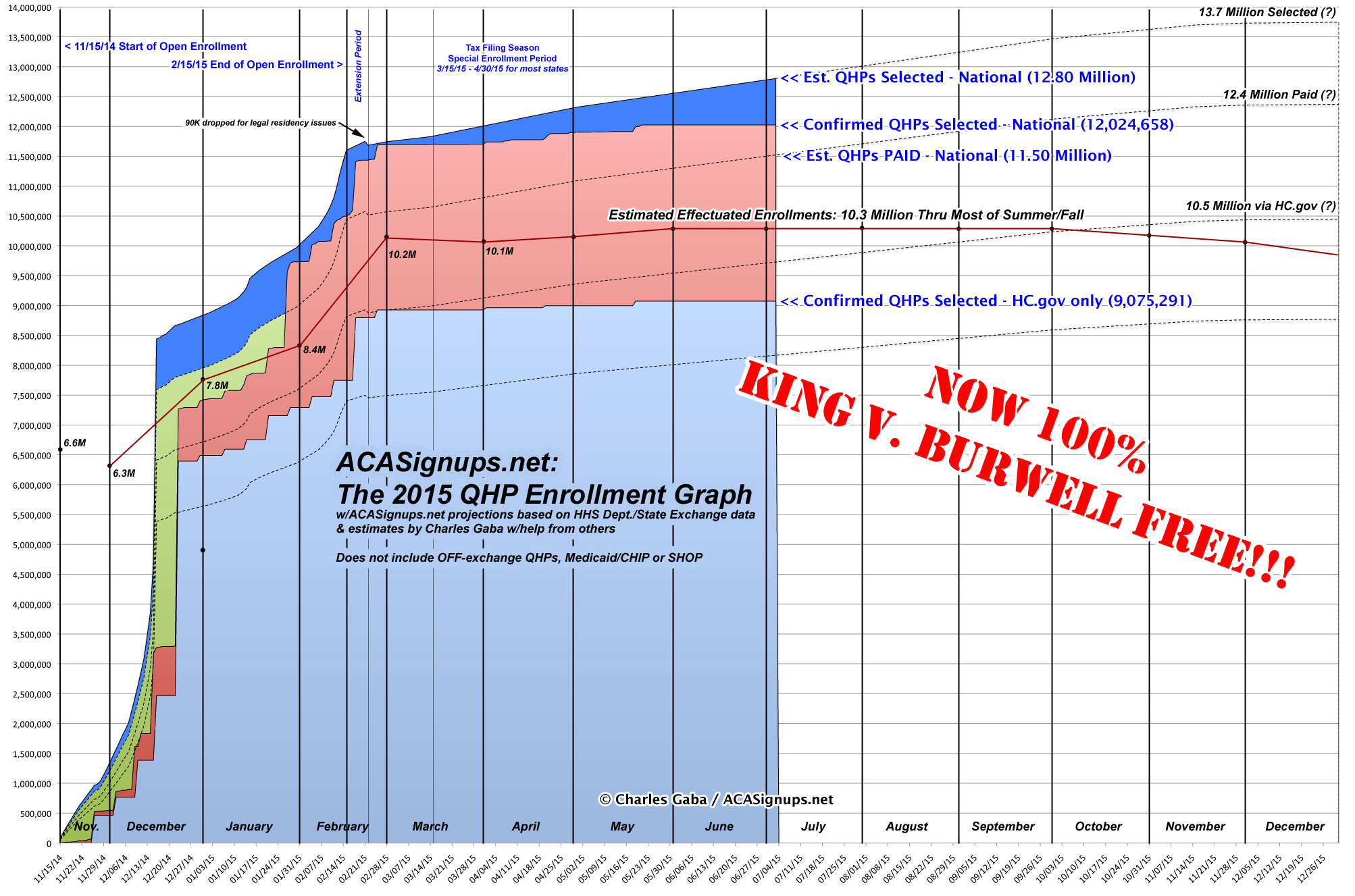