Yesterday I posted about Healthcare.Gov's new "Rate Review" tool, and how, while it's very handy for seeing which comapanies are trying to jack up their premium rates by more than 10% next year (and allowing public comment on them), it's essentially useless for trying to calculate the overall average rate increase in a given state (or in some cases, even for a given company in that state).

I used Connecticut as an example: The actual statewide, weighted average increase request is around 7.7%, but if you only use the Rate Review database as your source it makes it look like it's over 18%.

When you look at the overall average increase when weighted by relative market share for each company, it's either 5.4% if the data provided by the state insurance commissioner has already been weighted, or 6.1% if it hasn't.

However, here's what it looks like at https://ratereview.healthcare.gov when you run a search for 2016 Individual Market products in Washington State: 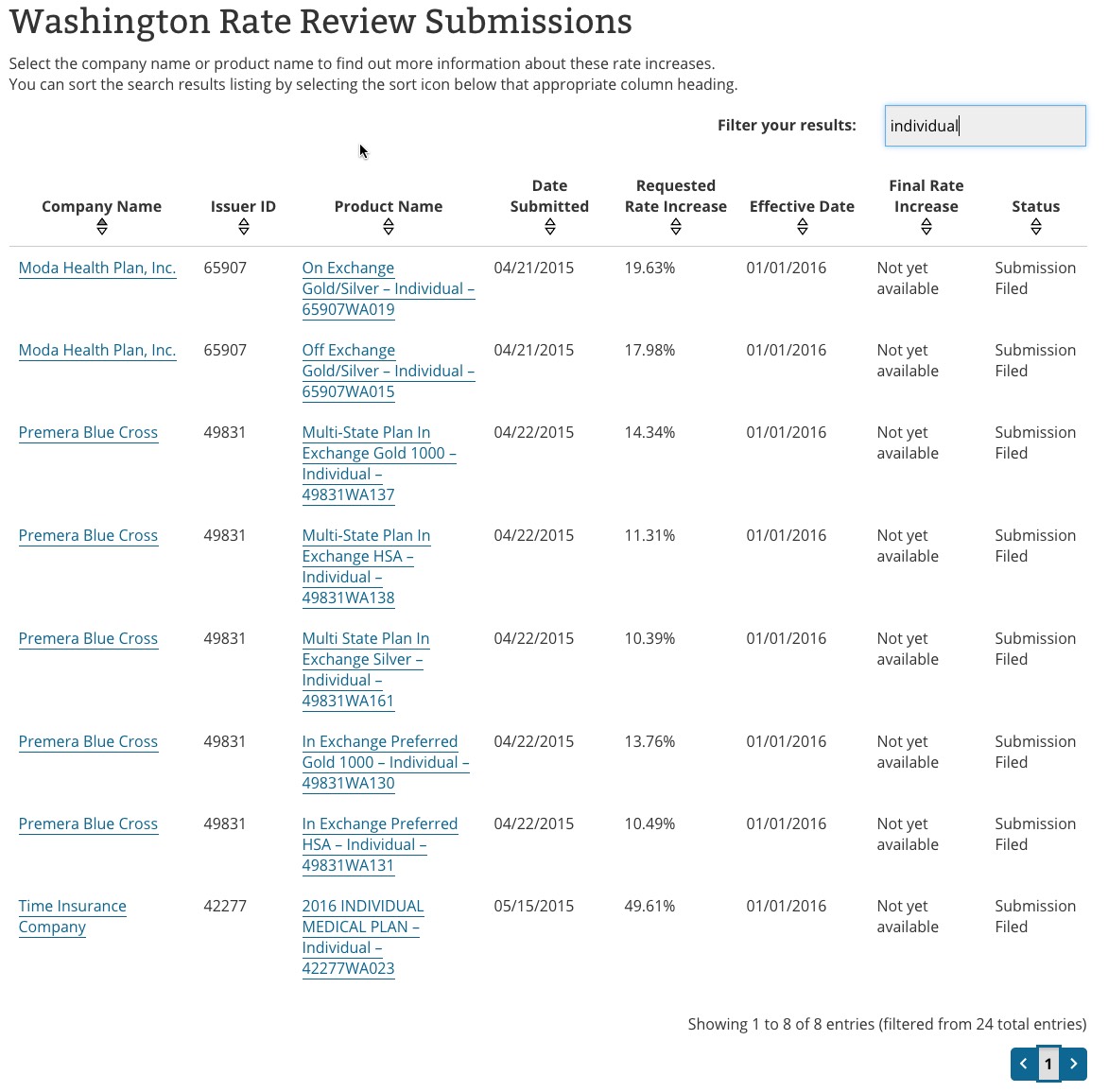 In addition, here's another way of looking at it: According to the actual Washington Insurance Commissioner press release:

OLYMPIA, Wash. – Seventeen health insurers filed 246 individual health plans for 2016 both inside and outside the Exchange, Washington Healthplanfinder, with an average requested rate change of 5.4 percent.

Thirteen of the 17 insurers filed 188 individual health plans for sale inside the Exchange, Washington Healthplanfinder. If all are approved, the number of Exchange plans would increase from 90 to 188. Currently, there are 10 insurers participating in the Exchange.

In fact, at least 4 of the 17 companies are asking for reductions in their rates: 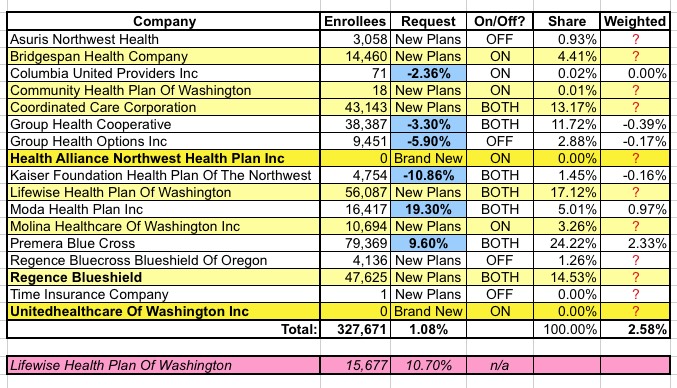 When you look at the actual plans included it's even worse. 246 plans in all...yet only eight are listed at all (possibly as many as 13...Time Insurance appears to be lumping all 5 tiers--Bronze/Silver/Gold/Platinum/Catastrophic--into a single listing). That means 97% of the plans available in Washington State are seeking increases lower than 10% next year.

To reiterate: The Rate Review tool is handy for finding particular requests for particular plans from particular companies...but is completely useless for trying to figure out the overall requested rate changes in any particular state (unless every plan from every company happens to be listed for that state, which seems to be pretty rare).