Dear Pete Sessions: "Bazillion" is not a real number either. 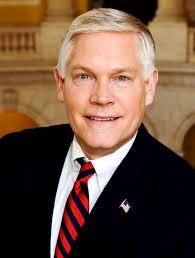 Here’s why lawmakers should not speak without notes

“If you just do simple multiplication, 12 million [insured individuals] into $108 billion, we are talking literally every single [Obamacare] recipient would be costing this government more than $5 million per person for their insurance. It’s staggering….$108 billion for 12 million people is immoral. It’s unconscionable. ”

Glenn Kessler corrects his math, but...really, is it now necessary to do the arithmetic that my 3rd grade son was able to do in his head a year ago?

For the record: Rep. Sessions is not a 3rd grader. He's 60 years old. He attended (and presumably graduated from) Southwestern University. He was a marketing district manager for Southwestern Bell, and is now the Chair of the House Rules Committee of the United States House of Representatives.

Read Kessler for the full analysis; it turns out that instead of "$108 billion" Sessions meant "$95 billion", and instead of "12 million" he meant "23 million". So basically, he just, y'know, rounded things off a tad here and there.

On the other hand, I should thank Rep. Sessions for at least admitting that 12 million people have enrolled in private ACA exchange policies, since some of his Republican colleagues still seem to have a hard time believing that.